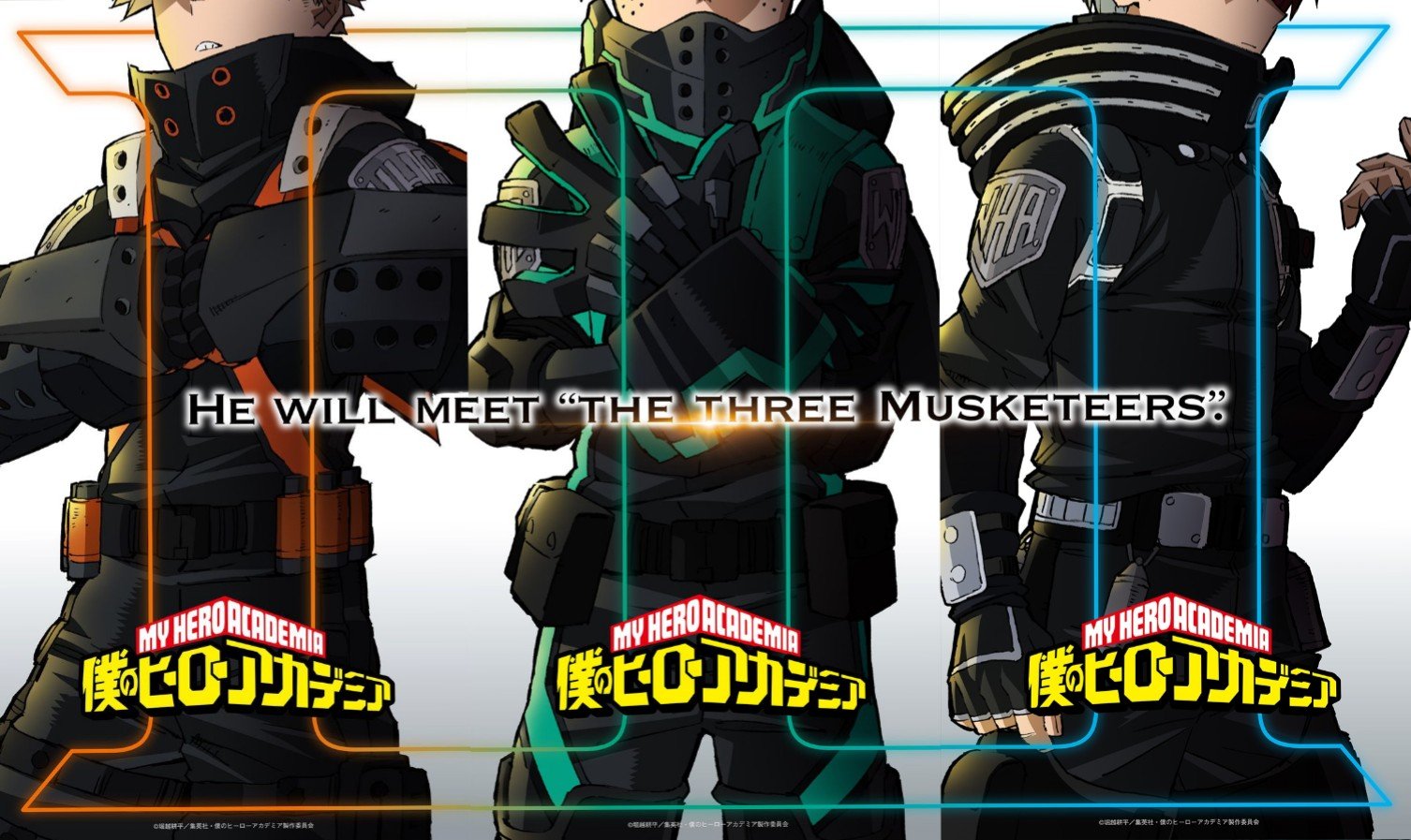 A mysterious new My Hero Academia visual made its way to the official social media accounts for the series earlier today, with three accounts each sharing one piece of the puzzle. Once the images from accounts for the TV anime, feature films, and Kohei Horikoshi’s manga were put together, they created one tantalizing tease.

The combined image, pictured above, says “HE WILL MEET ‘THE THREE MUSKETEERS’.” Could it be a teaser for a third movie, or something to do with the fifth season of the TV anime, which premieres in Spring 2021? Or something else entirely? My money’s on the movie, but we’ll see!