My Girlfriend Is Shobitch is an anime about a girl trying a bit too hard to be the ideal girlfriend. 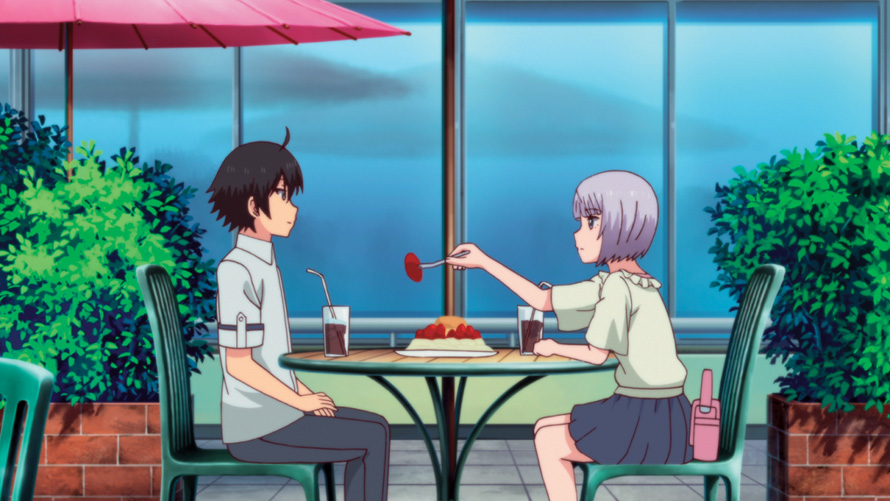 When a couple is really, truly in love, they don’t need words to communicate. That’s the belief, anyway … and a lot of times, that belief is painfully wrong.

The desire to be a good partner only works when partners actually talk about their needs and wants. Assumptions can lead to all sorts of issues, from unnecessary fights to assuming your boyfriend has bizarre fetishes he doesn’t even know how to process.

While the latter is less likely in the real world (theoretically), it’s the order of the day in My Girlfriend is Shobitch, the 2017 manga-turned-anime about a girl trying a bit too hard to be the ideal girlfriend. To be fair, though, she’s not alone; high school student Haruka Shinozaki seems to have more than the usual number of women (and men) in his life who want to broach NSFW topics with him as often as possible. 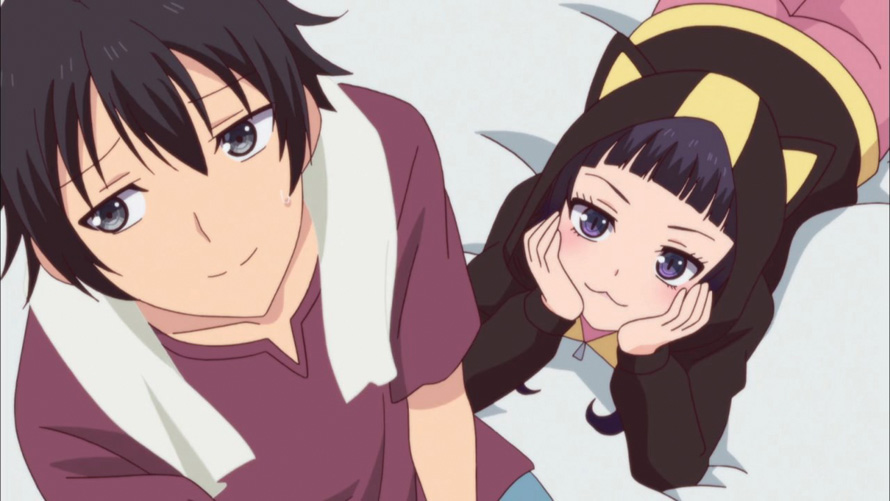 In the manga’s original title, Haruka’s girlfriend Akiho is referred to as a shojo bicchi—to translate that out of Japanese slang, a “virgin slut.” Negative connotations aside, the term isn’t technically inaccurate. Akiho’s understanding of relationships is far more mature than her experience level (a solid zero) would lead one to believe. And “mature” here isn’t so much “adult and logical” as “checking IDs at the door.”

Of course, all Haruka knows of Akiho before asking her out is that she’s pretty and intelligent. Saying he has no weird fantasies whatsoever would likely be incorrect, but his desires concerning Akiho tend to veer toward going out to romantic movies and feeding each other strawberries at an outdoor café. Akiho’s particular brand of affection, therefore, is more than a little surprising to him.

In fact, we get the idea that Akiho might actually be more in touch with weird male fetishes than Haruka himself is. Even the most straight-edge viewer will catch references to goods and services they’ve at least seen online ads for. But Akiho’s knowledge borders on ludicrous, both in its topics and its depth. 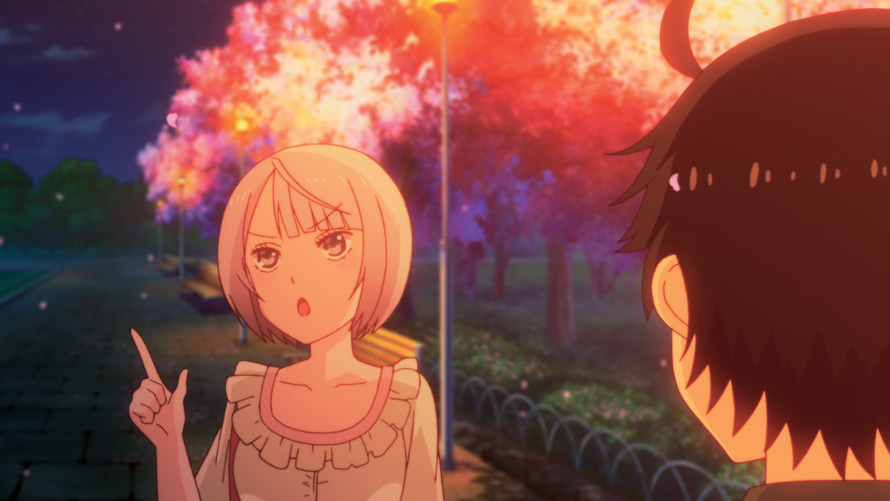 It’s unsurprising that the ever-studious Akiho, who sees everything in her life as conquerable via intellect and practice, would consider relationships no different. We learn early on, though, that her bizarre choice of study isn’t entirely due to web searches: her mom is partly to blame. Or thank. Whichever you prefer.

Akiho’s mother Fuyumi is the true source of our heroine’s bizarre knowledge set, and mother and daughter are very similar in both personality and appearance. So it doesn’t come as much of a surprise to learn that Akiho’s training to be a good girlfriend and wife started, well, ridiculously early. 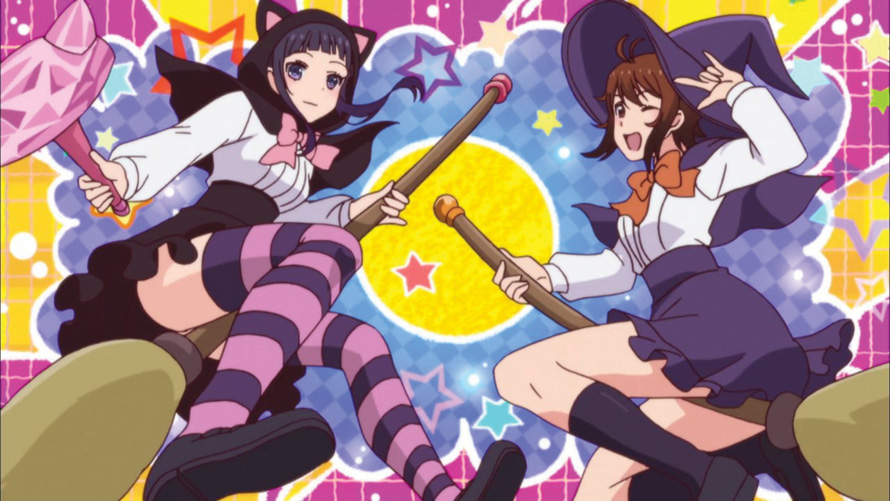 That said, everything she learns is a matter of wording and posturing. When Haruka asks for a selfie to use as his phone wallpaper, she sends suggestive images. When he wants the two of them to get to know each other better, she immediately begins asking for a list of his personal fetishes. Throughout all this, as he gets more confused, she genuinely believes she’s doing what’s expected of her as a girlfriend.

To be fair, he might be a little less confused if literally every moment of his life wasn’t equally stacked with phallic imagery and sexual connotations. 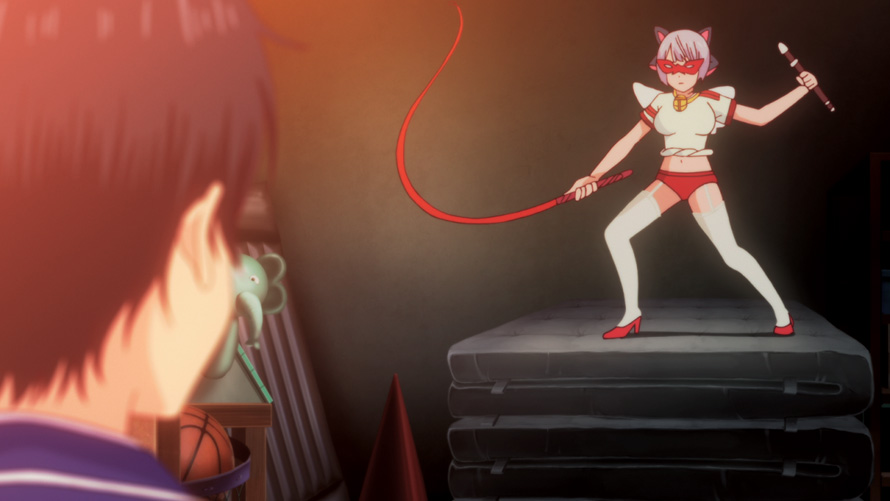 It wouldn’t be an ecchi series with just one girl, and Shobitch has plenty more for all occasions … starting with Haruka’s childhood friend and younger sister, of course.

“Big sister” Shizuku clearly wants more from Haruka than he does from her and is just as forward as Akiho in her talk. In Shizuku’s case, though, she seems to know exactly what she’s doing rather than rattling off research. But it seems she can’t take it as well as she can dish it out; whenever Haruka unwittingly responds in a way that seems to reciprocate or further her suggestion, she effectively bluescreens. 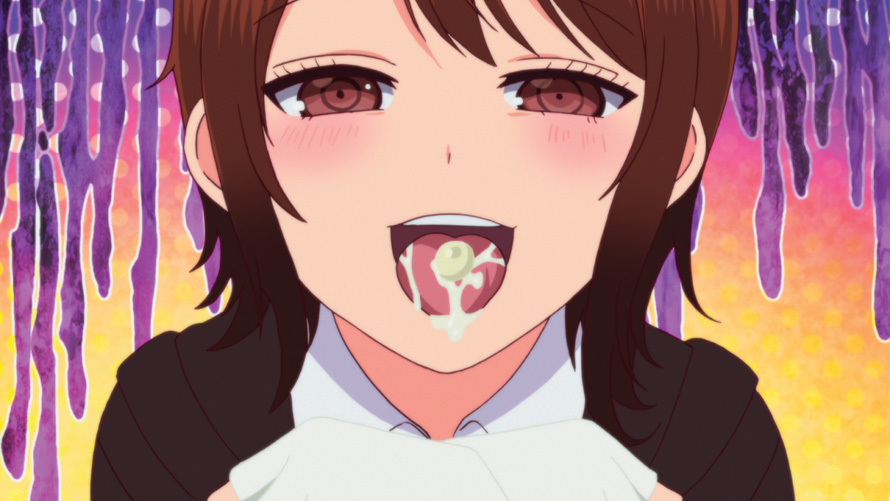 The same is not necessarily true of Kanata, Haruka’s actual little sister in every possible anime sense of the word. As far as she’s concerned, she’s the only girl cute enough to be Haruka’s girlfriend, and she has no qualms about getting caught in compromising situations with her big brother. Once in a while, as with Shizuku, Haruka manages to get his actual feelings through: he really does care about her and wants to be there for her… but it would be nice if that could happen in a way that doesn’t lead the Student Council president to believe he’s both incestuous and cheating on his girlfriend.

And no, it doesn’t stop there. Exchange student Rina arrives fresh out of a Dear Brother-type all-girls’ school, seemingly incapable of making friends with a girl without it getting suggestive. On the other end of the spectrum, school pretty-boy Seiya is only interested in other boys; and while Haruka misses the innuendo he finds himself in the midst of in Seiya’s presence, Akiho can’t avoid it.

With nothing but innuendo as far as the eye can see, is there any hope of a normal relationship for Haruka and Akiho? 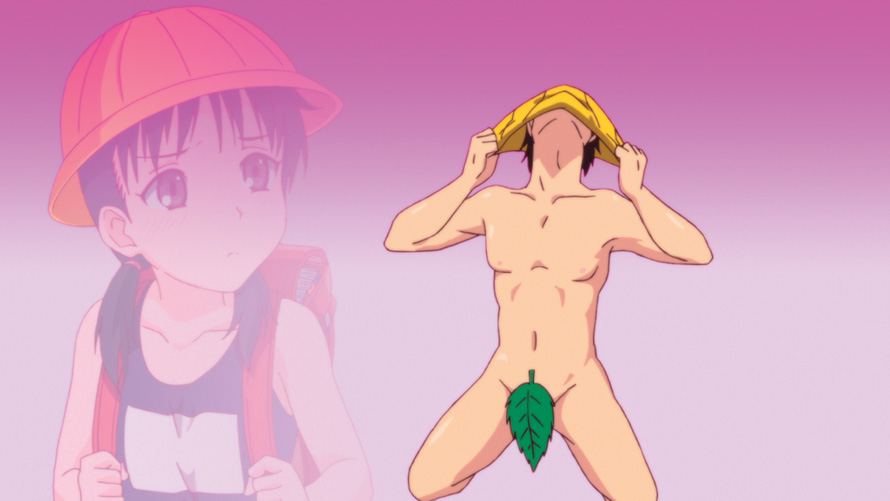 Believe it or not, yes.

Unsurprisingly, My Girlfriend is Shobitch is about 85% innuendo and sex jokes at a generous estimate. It does go some way toward bucking the trend of lewd thoughts being a solely male thing, with each girl having varied intentions and reactions. Of the two male characters, only one (Seiya) is especially forward with his suggestive talk.

Underneath the layers of ecchi, though, is a truly sweet story. Akiho turned out to be nothing like what Haruka assumed—and there was no way he could have guessed her particular set of quirks. She works hard to be the perfect girlfriend, when all he wants is a stereotypical, innocent romance. (Sadly, we don’t really get an opportunity to find out what she wants.) 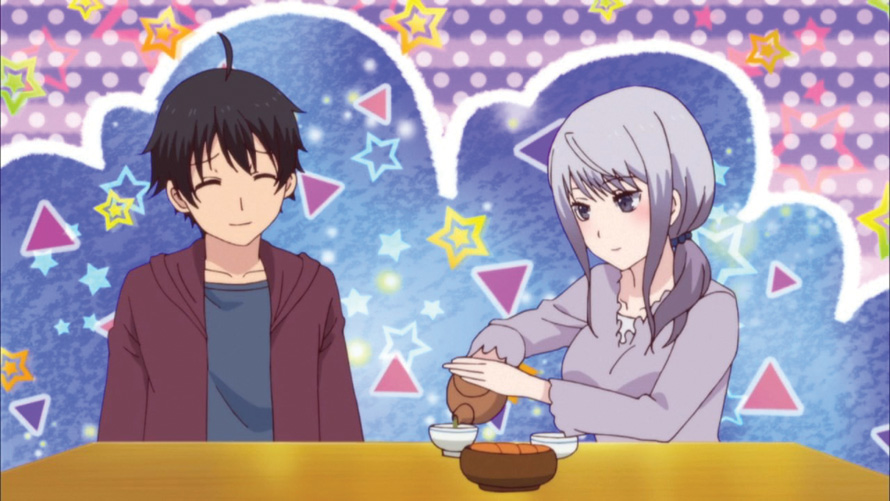 The irony of the show is that Haruka wants Akiho to stop overthinking their relationship and be herself; but overthinking is Akiho being herself. True, they could both do a better job of talking about what they want out of a relationship: him speaking up, her being willing to take his words at face value. But relationships are always a work in progress, and while Haruka’s and Akiho’s may be a little stranger than usual, there are clear signs that these two might already be just right for each other.

My Girlfriend is Shobitch is available from Sentai Filmworks.