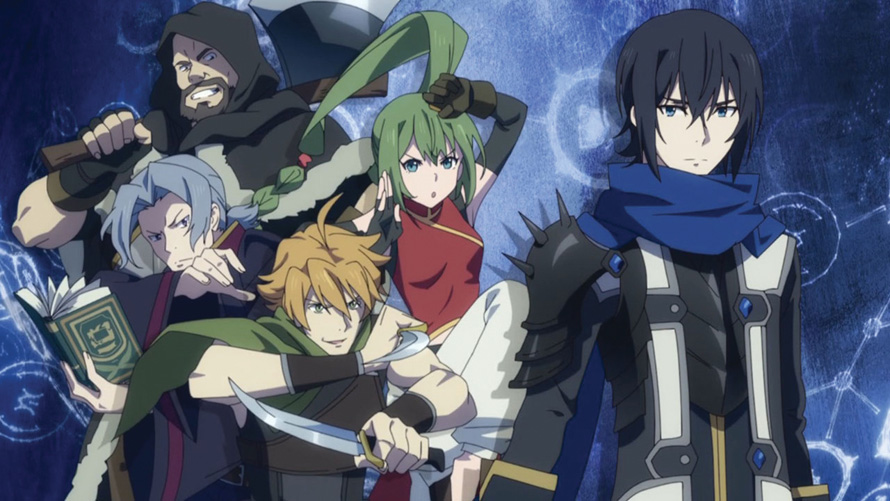 Imagine being transported to another world where you’re recruited to become a hero. Not just any hero, but a fated protector of legend who’s been transported from your own reality simply to fix the issues in another one. That’s the root of most isekai (“different world” in Japanese) stories, but The Rising of the Shield Hero takes the storyline to another level, to an exciting degree. This story of watching a hero encumbered by unfortunate circumstances and rising above it all anyway is a tale you won’t want to miss.

Banding Together to Save the World

Naofumi Iwatani isn’t really a hero—he’s a regular guy. At first, he’s summoned from another world after reading a peculiar library book that names four heroes who are meant to save a faraway world from catastrophe. He’s not sitting around hoping for something amazing to happen to him, and he’s not really trying to escape his everyday life, but he ends up stumbling onto something magical, anyway. 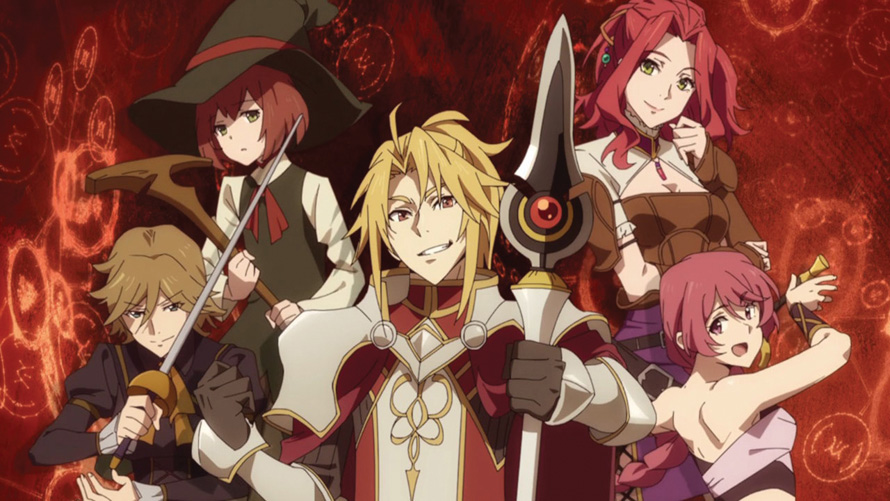 He begins the series as a trusting, open-minded character who tends to listen to others and makes something of a massive transformation throughout the show after particularly frustrating happenings befall him—unfairly, I might add.

When he’s sent to the new world, he meets up with four heroes from other parallel versions of Japan. While they got their own legendary weapons when summoned, each perfect for fighting off enemies, Naofumi is stuck with a shield. You can’t do much with a shield save for going on the defensive, so naturally Naofumi is left wondering what kind of hero he can be with the type of equipment—he can’t attack, so what good is he? 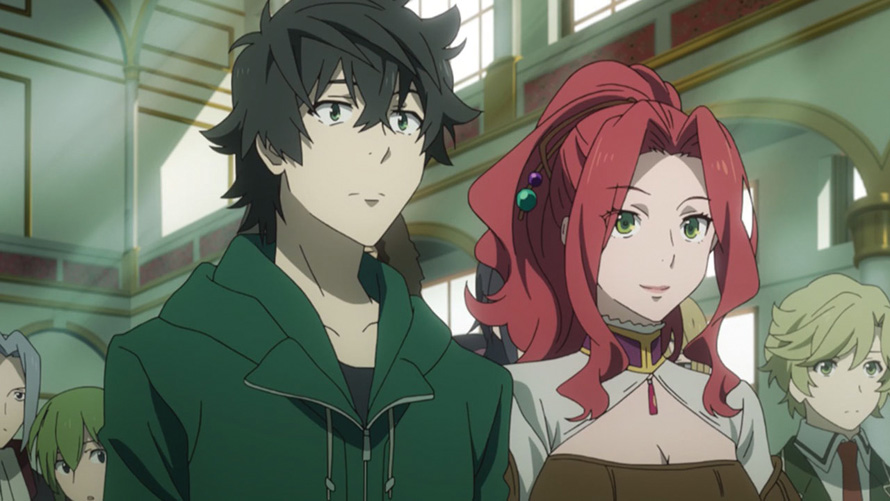 That’s the question Naofumi has to solve, but he has to use some ingenuity to figure it out. At least he has the support of his peers and and the people who summoned him, right? He’s supposed to get a party to travel around with, but everyone thinks he’s kind of a loser because he carries a shield instead of an offensive weapon. So when one female adventurer decides to join him, he’s thrilled. She’s a fantastic member of his team and gets him up to speed on how the new world works. Everything seems great, until one fateful morning.

He wakes up without any of his equipment, money, or clothing, and his companion missing. As he’s arrested by the king, he learns that his companion (actually the king’s daughter Princess Melty) has accused him of forcing himself on her. As a result, despite Naofumi’s protestations, the entire country turns against him, including the other heroes, and he loses every shred of support he’s had since arriving.

Desperate to prove himself, Naofumi takes off on his own and has to sustain himself, figuring out how to unlock the secrets of his shield and everything it can do as he struggles to survive in this new world. 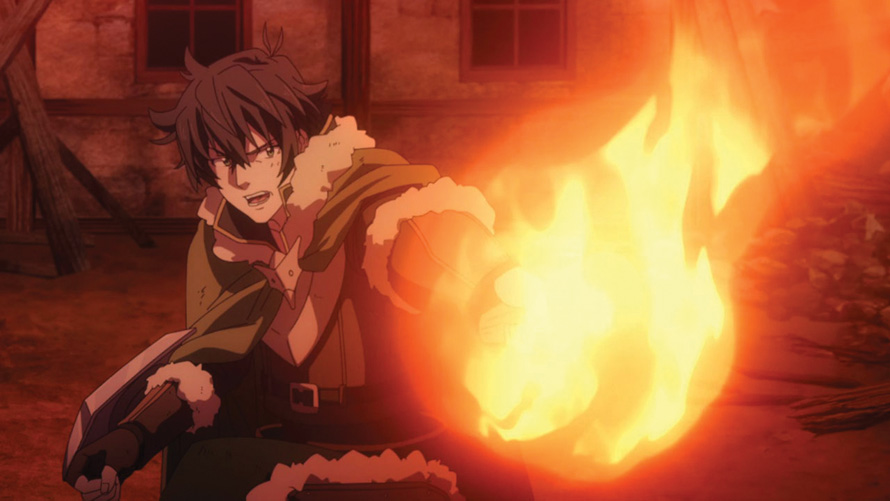 A Hard Road Ahead

Being the Shield Hero is one of the toughest jobs Naofumi has ever faced, and it’s all thanks to the lies circulating around about the false accusation. As a result, no one is willing to help Naofumi, save for the errant shopkeepers and blacksmith he’s interacted with in the past. Everyone is either too afraid or unwilling to do. It gets old seeing otherwise undeserved heroes doted on in so many of these stories (games included) that seeing Naofumi spurned through no fault of his own is far more entertaining than if all the puzzle pieces had fit together and the citizens of the world respected him. It means he has to work that much harder and be resourceful if he wants to make something of himself, and there’s going to be a hard road ahead of him.

But work he does, and he manages to do some pretty awesome things on his own. Watching Naofumi figure out that he can hide “balloon” enemies under his cloak to help do offensive damage to monsters (or other people) while learning the ins and outs of his shield is exhilarating. Plus, when he partners with his tanuki companion Raphtalia, they make an amazing team—while the other heroes are doing their “typical” thing, Naofumi and Raphtalia are making it on their own and impressing anyone who ever doubted them. No one believed they could amount to anything, so seeing them succeed is refreshing, especially as they become closer and closer throughout the series.

There’s an underpinning of doubt and mockery that comes with being the underdog hero, or someone others don’t expect to do well, whether it’s based on ability, looks, upbringing, or heritage—you name it. The Rising of Shield Hero gives us a hero to empathize with who’s forced to deal with setbacks out of his control, who manages to rise above his peers and prove that he’s just as good, if not better, despite what others may falsely believe about him. 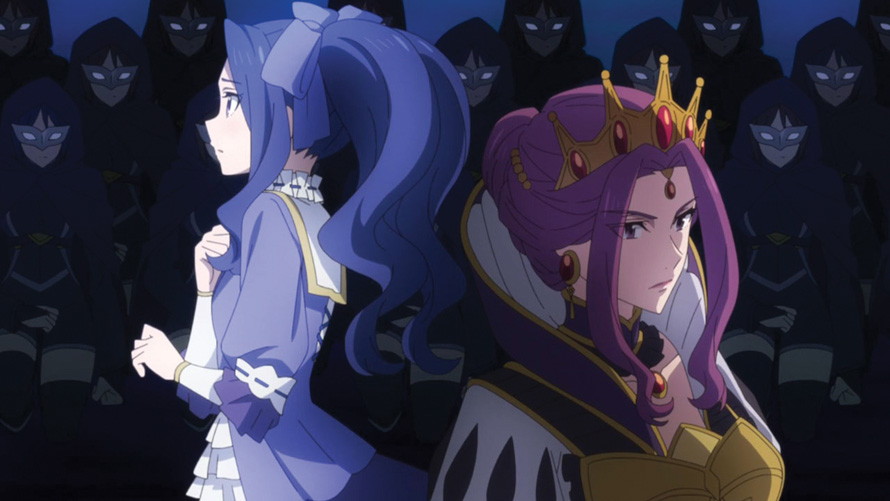 An Isekai of a Different Color

The Rising of the Shield Hero takes risks with its setup, its protagonist, and even the way he must go about finding success. It jets past the other isekai out there (yes, even That Time I Got Reincarnated as a Slime) and represents the best of what the genre has to offer. From Naofumi’s intriguing personality and his “I’m not going to let this stop me” attitude to companion Raphtalia’s infectious optimism, even after being mistreated for years of her life, it’s an inspirational adventure that’s well worth taking—especially if you’re already a fan of the genre.

The Rising of the Shield Hero is available from Funimation and Crunchyroll. 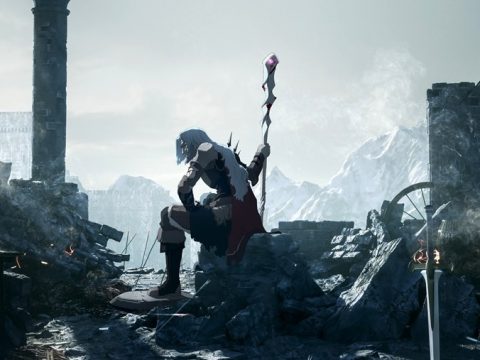 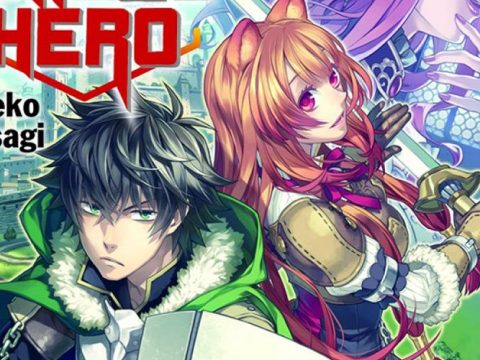 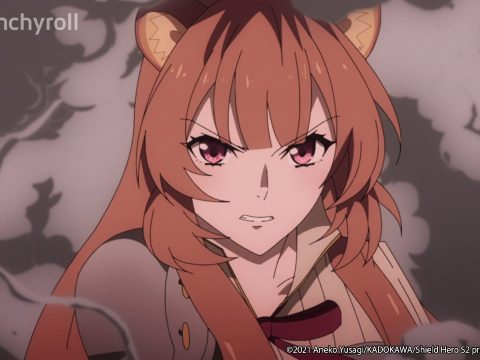 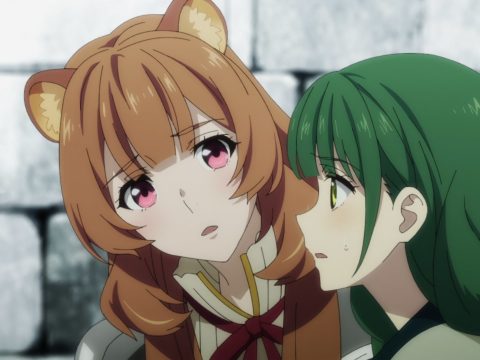