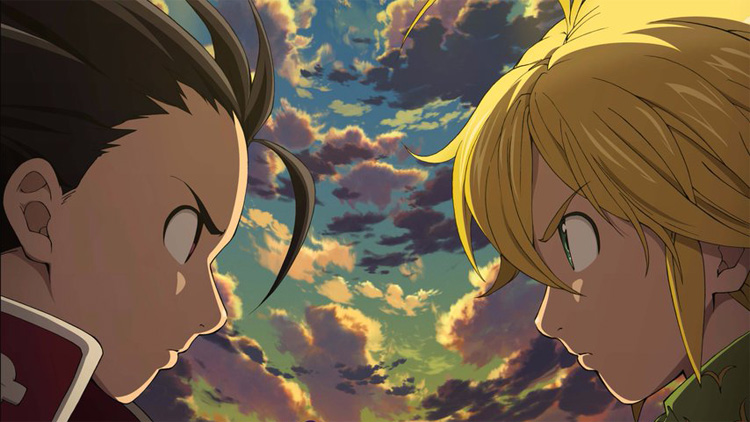 Fans of The Seven Deadly Sins: the announcement you’ve been waiting for has finally arrived.

The popular series will get a new season in January 2018, followed by a theatrical film that summer.

The new season, which was announced at a fan event for the series in Tokyo on Sunday, is subtitled Imashine no Fukkatsu, which translates to “Revival of the Commandments.”

Imashine no Fukkatsu will see the return of the cast of the first series, including Yuuki Kaji and Sora Amamiya.

There are some new faces on the production staff, including director Takeshi Furuta, who replaces Tensai Okamura. Furuta worked on the storyboards of episode 11 of the first series. Series composition also changes hands, from Shotaro Suga to Takao Yoshioka (Your Lie in April).

In addition to the January series, The Seven Deadly Sins will also get a movie in summer 2018. Aside from a short teaser, no other information has been revealed yet.

Imashine no Fukkatsu will be the first Seven Deadly Sins anime since the four-episode Signs of Holy War special, which aired in August 2016. Netflix promoted Signs of Holy War as “season 2,” setting off early speculation about when the actual second season would arrive.

View all posts by Matt Schley
Live-Action Gintama Review: “Give Me My Money Back!”
The Spirit of Ushio & Tora Comes Alive in a Premium Box Set!