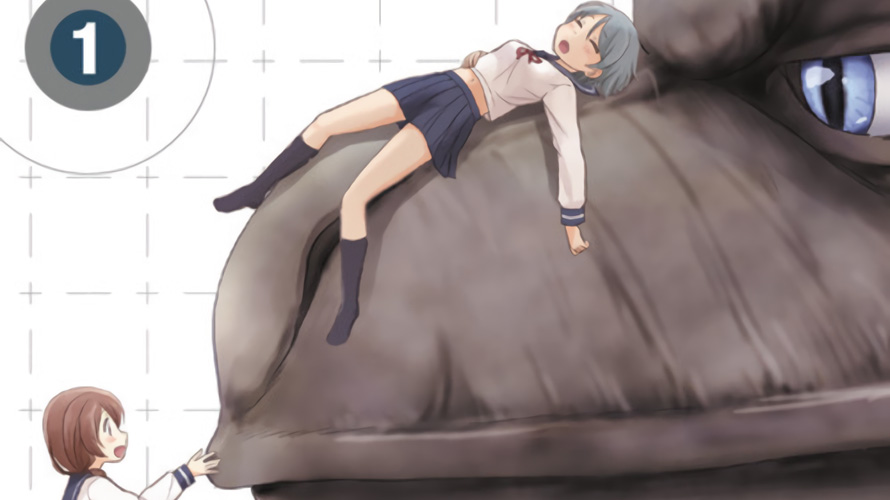 If read too quickly, the title Monster Tamer Girls could be misread as Monster Girl Tamers and no one would blink an eye. Lately, we’ve seen so many permutations on monsters and girls in schools, dungeons, offices, et cetera that it feels like there’s nothing new besides novelty gimmicks. Monster Tamer Girls mercifully has more than one trick at its disposal, but it doesn’t feel all that original either.

Though the title conjures up images of girls taming unruly slimes and kobolds, the monsters are less Dragon Quest and more Godzilla in terms of design and scale. They’re enormous, fitting the label of “kaiju,” but vaguely cuddly in the way a scaly pet might be. Right off the bat, first-year students Ion and Sora are thrust into their duties as members of their academy’s Monster Tamer Committee, taming a giant monster with a gruff personality that lives in a neighboring forest. The girls aren’t particularly skilled at monster taming, so they get driven along at the creature’s pace, riding on its snout and surveying the old ruins of coastal cities. By the end of the first chapter, the story opens up to reveal that the monsters didn’t 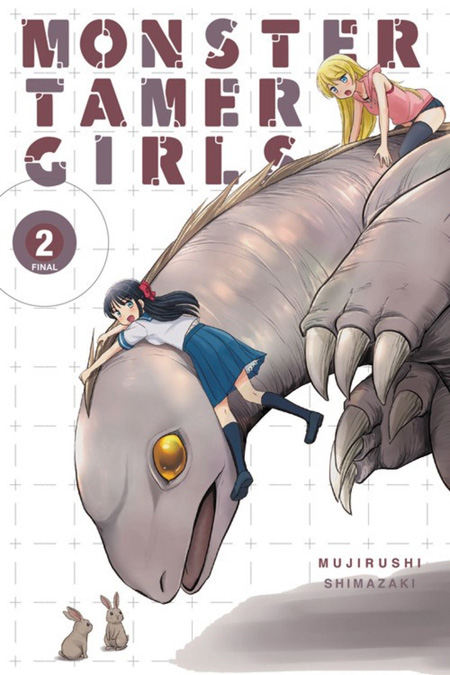 arrive in the world without some complications. Monster Tamer Girls presents rules, classifications, and behavioral quirks for the monsters, creatures that arrived suddenly, reshaped society, and haven’t yet been rocket-punched back into the sea, Pacific Rim style.

There’s the tantalizing prospect that the manga will develop its backstory or explain how humanity relates to the monsters, but unfortunately that’s not the focus. The discovery that monsters can be “tamed” via the power of song provides a thin excuse to center the story around middle-school girls, allegedly at an age when their voices are most suitable to develop and train. There’s a minor angle about nature and man living in harmony, but Monster Tamer Girls is largely free of weighty themes. The characters all slip into familiar archetypes from manga about school life. While the girls don’t need to be complex characters, they’re completely dwarfed by the far more interesting setting they occupy.

As of Volume 1, Monster Tamer Girls suggests the possibility of a better manga, one with more depth and maturity. There’s an attempt to develop a larger world, but so far it’s light on details. The slow-paced, quiet tone might be too tame for readers who come for the monsters, and the characters aren’t developed enough for those who come for the girls.