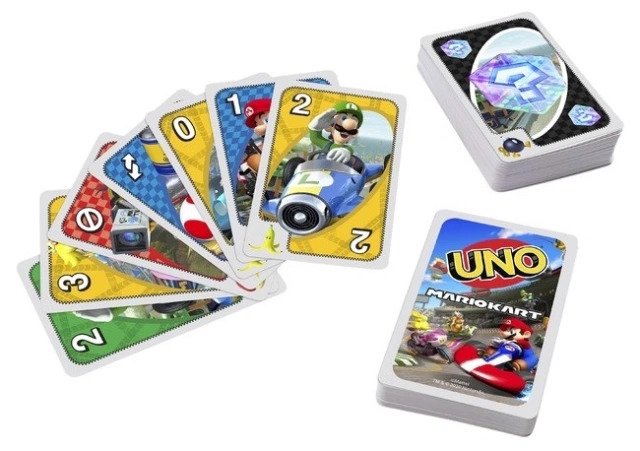 Over in Japan Mattel International and Nintendo have come out with Mario Kart Uno decks.

While the gist of the game remains the same, it does get tweaked with some Mario Kart themes. For instance, if you draw a banana peel, then the last person who played has to draw two. If you pull out a lightning bolt, it helps you and hurts the others, just like in the video game: you get to take a second turn and everyone else has to help themselves to another card. The Item Box also shows up as a card, and it lets you use the top card from the draw pile.

The Uno deck is on sale in Japan for 1,430 yen (about $13). While it doesn’t appear to be selling internationally (at least not yet) the popularity of both Mario Kart and Uno indicate this could be a good seller in many areas!