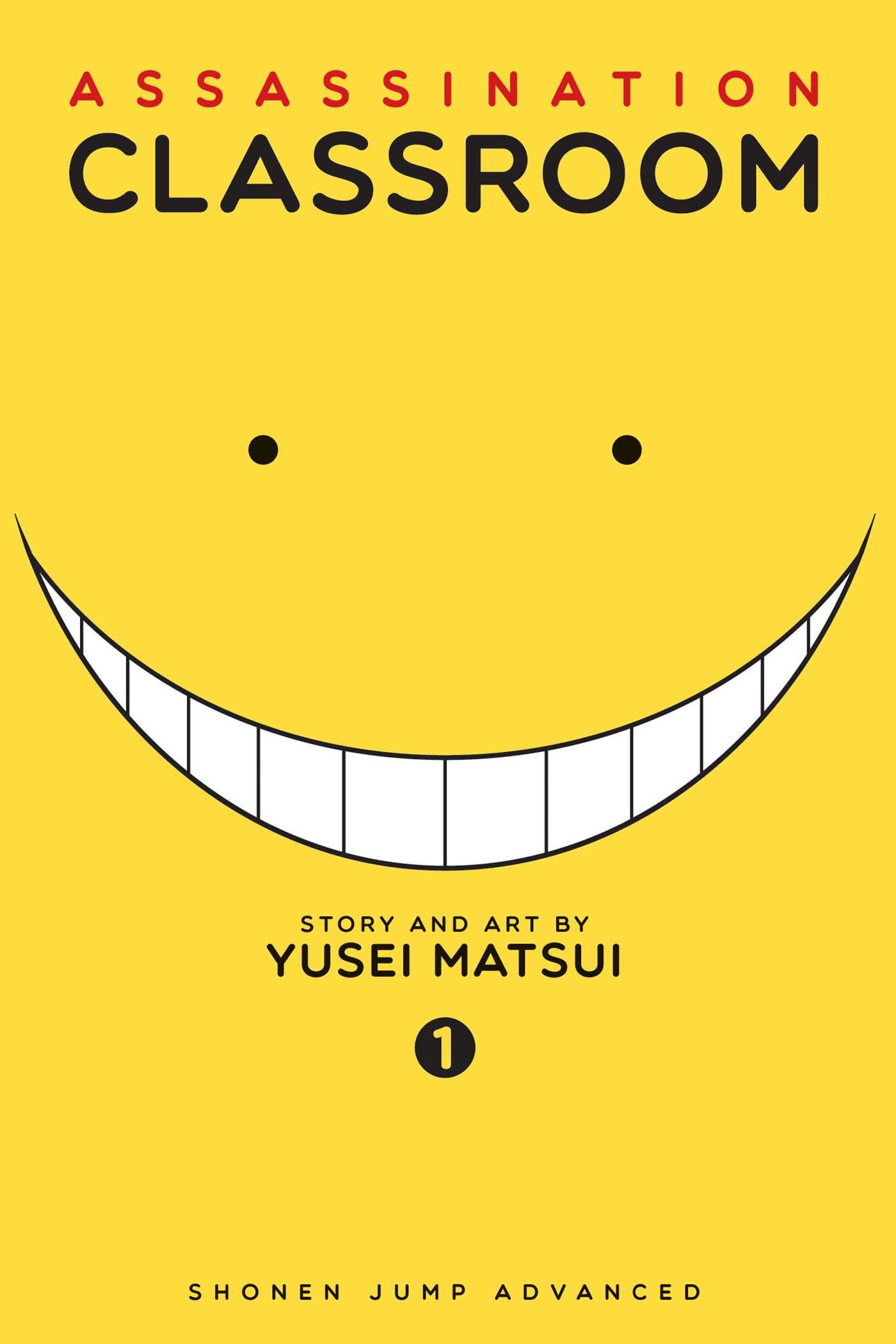 Class 3-E is special. So special, in fact, that it’s completely separate from the rest of Kunugigaoka Junior High School. This isn’t necessarily the good type of special, though, as the rest of the student body knows Class 3-E as the final destination of hopeless students. Kids with behavioral problems, bad grades, and whatever else caused them to have trouble staying in line with the rest of the school end up here, and that’s precisely why it’s the perfect place for the Japanese government to keep an Earth-shattering secret. An alien that comes to be named Koro-sensei is teaching Class 3-E, and if the students aren’t able to assassinate him before graduation, he’s going to obliterate Earth.

Koro-sensei is an oddball alien. His flowing robes cover up an unknown amount of writhing tentacles, and sitting atop it all is a perfectly spherical head that looks like a twisted emoticon. Despite his occasionally cheery demeanor, Koro-sensei is capable of moving at Mach 20, and even though the class is armed with guns, knives, and other weapons that can only harm Koro-sensei, he evades it all with a casual style more suited to lazily reclining on the beach. It’s up to Nagisa Shiota and the rest of the students, including the hot-headed and devious Karma Akabane, to come up with a surefire way of ending this threat once and for all.

Assassination Classroom absolutely would not work if Koro-sensei were just some evil jerk. The entire narrative hinges on the fact that he’s actually a really good teacher, committed to the practice thanks to a still-mysterious promise. The first volume is full of assassination attempts, some more clever than others, and Yusei Matsui tosses in some solid humor along with consistently nice linework and efficient action sequences. There’s something oddly charming about Koro-sensei, and it’s not just that rarely-wavering grin. He has so many bizarre alien quirks—like changing color when he’s angry or his guard is down—but it’s the little glimmers of humanity that make him interesting. At one point he dons a (really bad) disguise to attend a baseball game, but it turns out he just wanted to study pitching technique to assist one of his students, something that will ultimately help him become a better assassin. Koro-sensei might not want to die, but he does want his students to succeed.

The first volume of Assassination Classroom has me pretty well sold on the series, at least enough to keep up with it for the time being. The only thing I’m wary of is how well the concept can sustain itself throughout the typical length of a Shonen Jump series. It’s been running since 2012 and has already racked up 12 volumes in Japan, but surely Matsui has some surprises in store. If it continues to entertain as much as the opening chapters, it’ll be another series worth popping in the regular rotation.