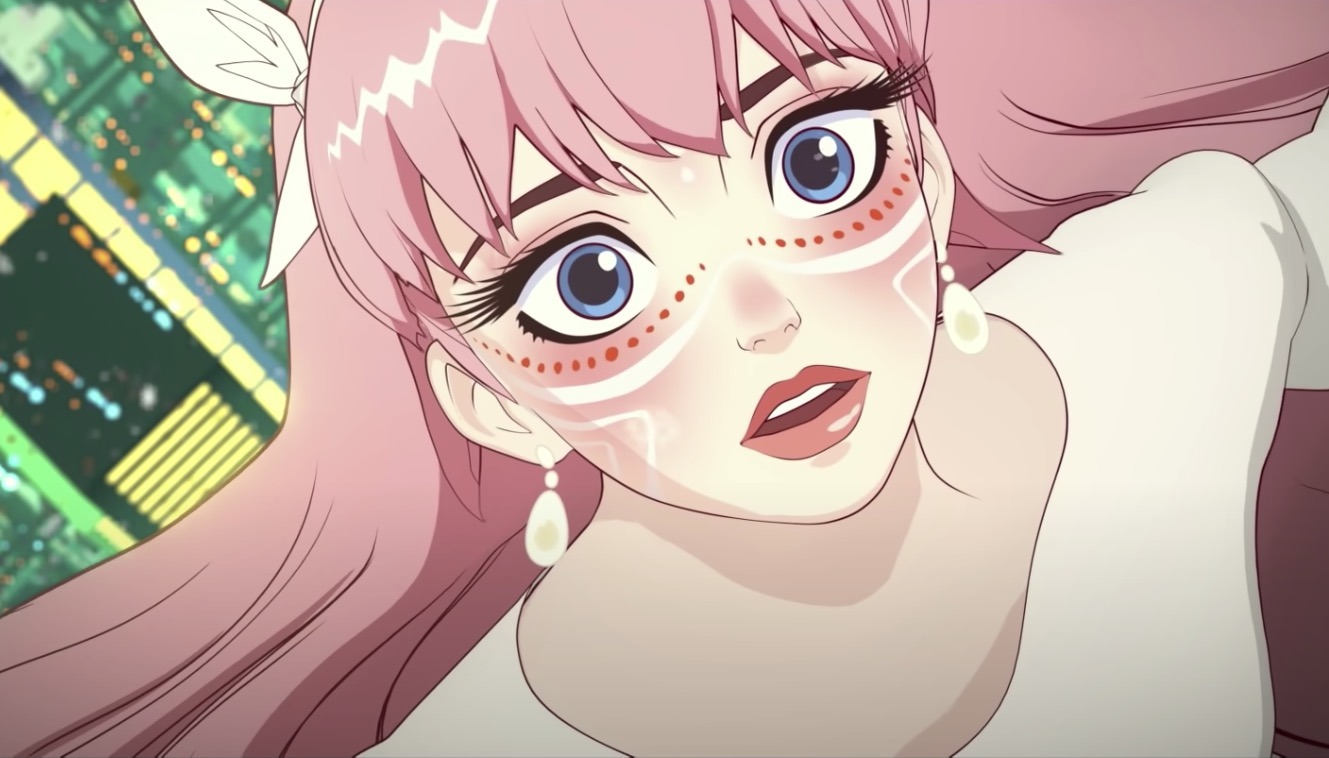 More cast members have been announced for Mamoru Hosoda’s BELLE, the latest from the acclaimed director that’s set to premiere in Japan this July. In addition to actor photos and character art, the official website shared a relationship chart that shows the connection between the new characters and lead protagonist Suzu, who takes on the persona of Belle in the virtual world known as U.

Pictured from left to right starting with the top row and moving down to the bottom the cast pictured below includes Ryo Narita (Katsuhiko Teshigawara in Your Name.) as Shinobu Hisatake, Shota Sometani (Tanabe in Wolf Children) as Shinjiro Chikami, Tina Tamashiro (Sawa Nakamura in the live-action The Flowers of Evil movie) as Ruka Watanabe, and YOASOBI vocalist Rira Ikuta in her voice acting debut as Hiroka Betsuyaku. 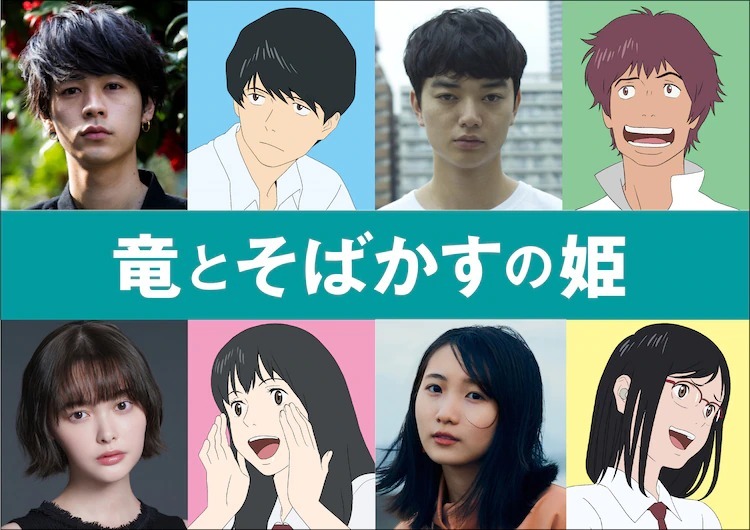 Connection chart between the new characters, Suzu/Belle, and the “mysterious dragon-shaped creature”: 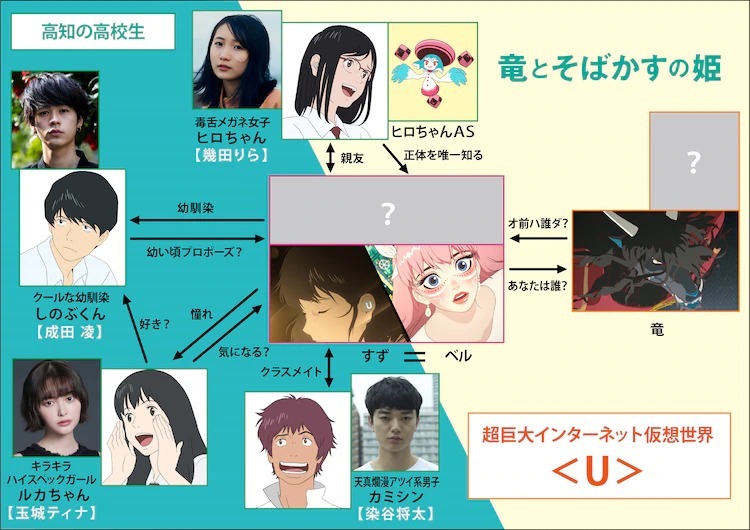 If you missed the latest trailer you can check it out below.