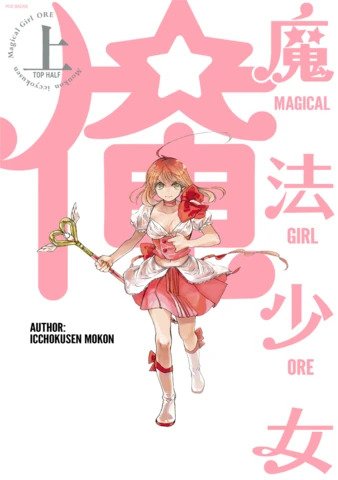 Main character Saki Uno is a teenager who has full-color dreams about being an impressive magical girl with a cute mascot, but in real life she and her friend Sakuyo are in a failed idol band that can’t sell CDs. On top of that, Saki has a crush on Sakuyo’s older brother, but Sakuyo is upset to hear this for some reason that Saki can’t understand. One day Saki goes home to find a man who looks like a yakuza member on the doorstep, wanting to talk with her mother.

It turns out Saki’s mom is a retired magical girl, and the “yakuza” is really a magical girl’s mascot. The mom’s hip is bothering her, and the mascot suggests Saki enter a contract with him and become a magical girl herself. A demon kidnaps Saki’s crush, so she becomes a magical girl in order to save him. But when she does her magical girl transformation, it doesn’t exactly look like Sailor Moon. The dust clears and Saki is a large, musclebound man in a teeny tiny girly outfit.

In other words, this whole manga is a spoof on the magical girl theme, and it revels in being silly and absurd. It turns out Sakuyo can also transform into a magical girl, which means she also transforms into a musclebound man in tiny girl’s clothing.

And the demons? They look like big muscular men with adorable Teddy Bear heads. (Or, as the manga explains, they’re “stupid ripped.”) Saki even thinks they’re cute at first.

The manager of their failed idol group is determined to now make a magical girl idol group, which means Saki and Sakuya as buff men in girly outfits on-stage. He’s a total magical girl otaku. The manga also gets some yaoi vibes going on in here, though it never goes very far with them.

Magical Girl Ore knows it’s zany and has a lot of fun with it. It pokes fun at common tropes and turns things on its head, always being exuberant as it does so. It doesn’t go for depth, though there is some backstory. It’s just meant to be a gag manga that brings people humor and escapism. The series consists of two volumes, both of which are shorter than average, and it got enough of a fanbase in Japan to get an anime adaptation made. The anime is available on Crunchyroll. The manga can be read digitally at places like comiXology or emanga.com. 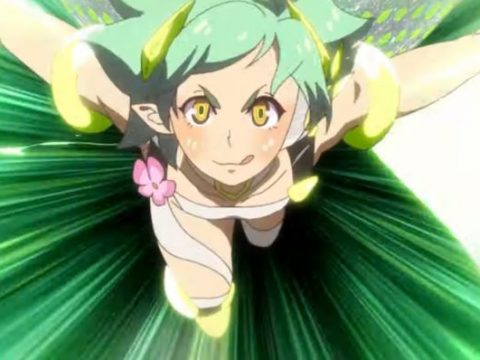 These Anime Magical Boys Are Here to Save the Day! 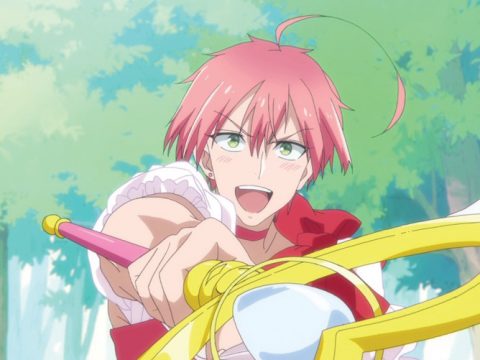 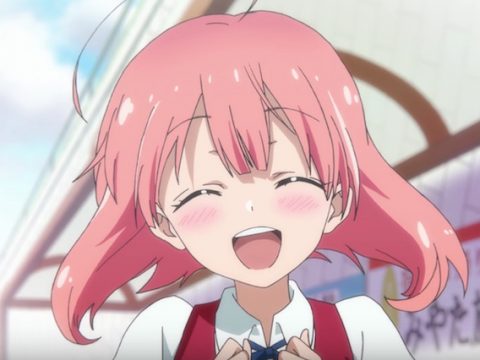