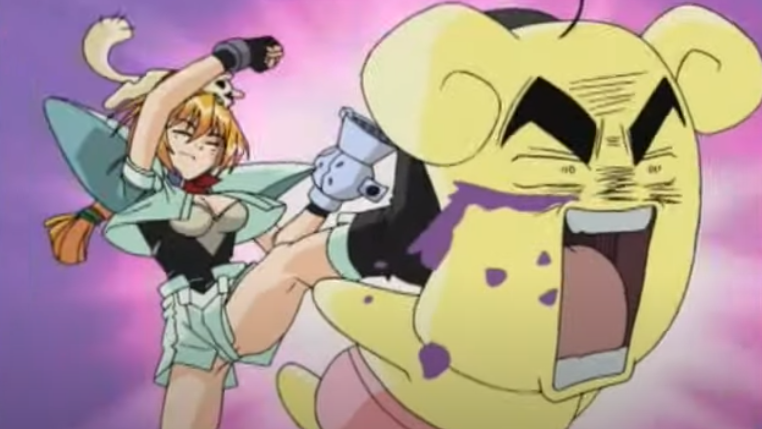 Mascot characters have become an essential part of anime. Whether as sidekicks, informants, or just cute little friends to put on merchandise, they’re never far off when a new series starts. Some, though, aren’t necessarily “cute.” Or they may start that way and end up being too knowledgeable — or just straight up evil. 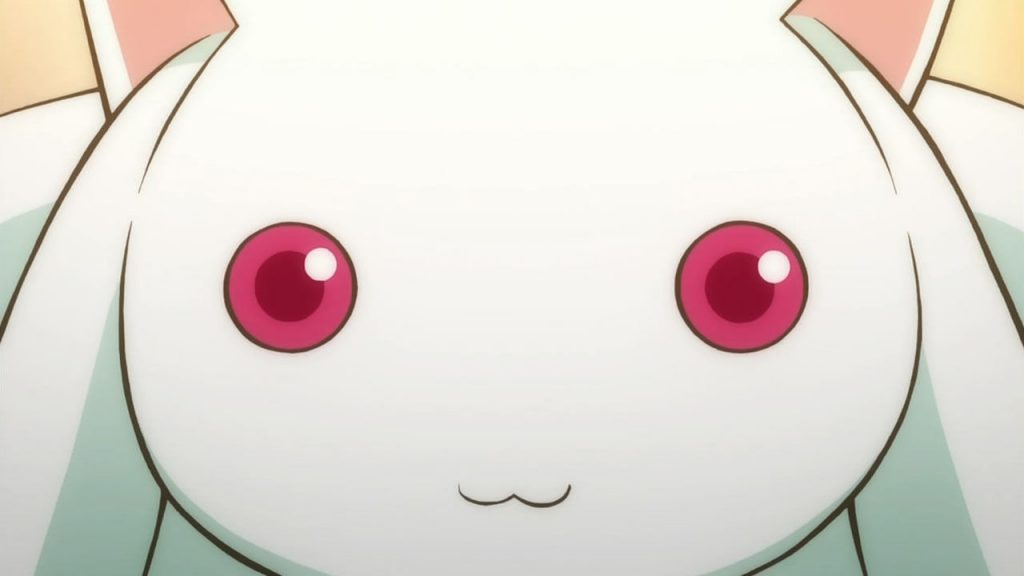 But we all remember Kyubey. He’s kind of everywhere. No, today we’re having a look at some mascot critters that have slipped under the radar, despite being especially odd. Not all of them are downright evil (in fact, only one of them is)… but since we’re here, we’re going to remind you of all of them so you can never forget again. 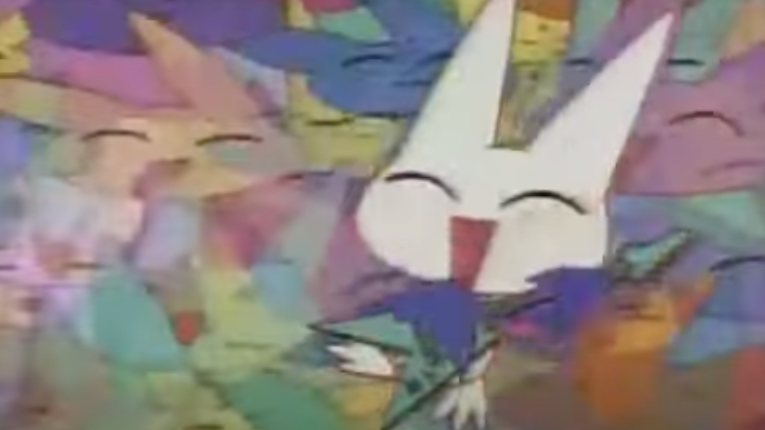 We’ll start out slow. Of all the mascots on this list, Babbit is the most chill. He’s a little… bat rabbit? That’s about what it comes down to. Considering all the other things that go down in 1990s series Kodomo no Omocha, he’s downright benign. You’ll catch him as an emblem on protagonist Sana’s outfits and electronics, but also as a sort of Greek chorus commenting on the show’s goings-on.

Kodocha (for short) is about Sana, a child star abandoned as a baby and adopted by an eccentric would-be novelist. The two set out to become famous in their respective fields and find Sana’s birth mother — and succeed beyond their wildest dreams. Now Sana is going to a normal school, constantly at odds with stony-faced class troublemaker Akito. So Babbit has a lot to comment on. 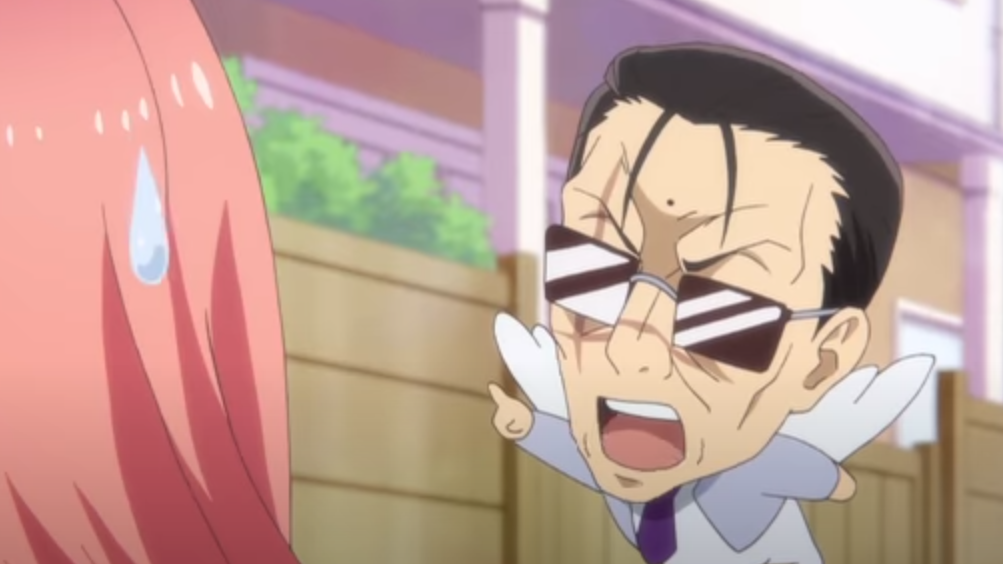 Magical girl life is tough… and not what anime makes it out to be. Saki Uno discovers this the hard way when she transforms into a hench male version of herself, whom she inadvertently dubs “Magical Girl Ore.” At her side is her mascot character, who sometimes looks like a roughed-up yakuza… and other times looks like an adorable flying critter with the head of  roughed-up yakuza.

Like Kyubey, Kokoro-chan does omit a lot of important things about the magical girl life. On the bright side, none of them involves ripping your soul out of your body and sticking it in an egg. 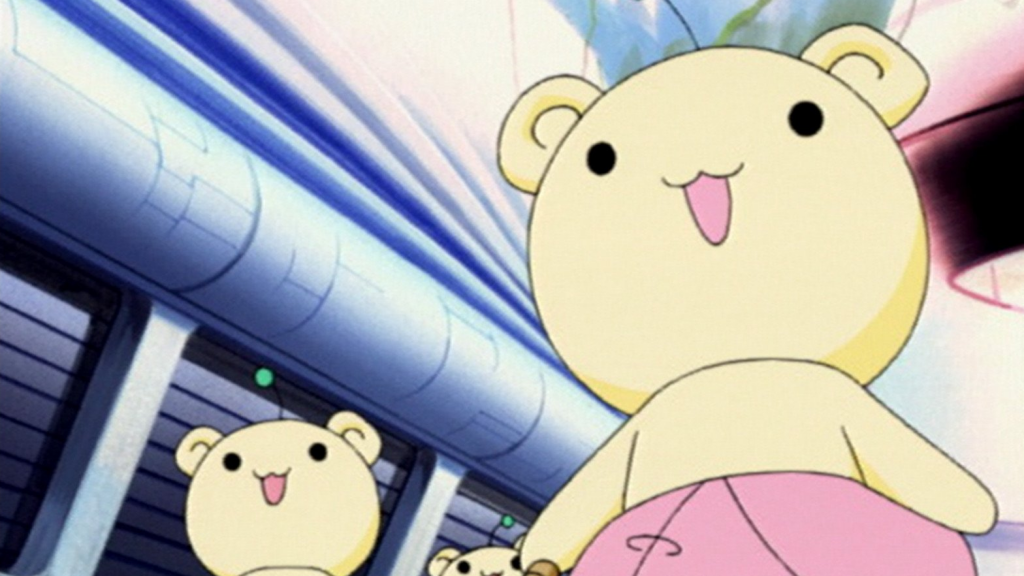 Anyone who survived Nabeshin and Koshi Rikdo’s surreal action-comedy Excel Saga will remember the Puchuu: a race of adorable teddy bear-like aliens bent on dominating Earth. But they don’t look so bad, do they? They just want a cuddle, surely.

Not so. As Excel learns, inflicting grievous bodily harm on these little funsters will reveal their true face… and it looks a lot like Duke Togo from Golgo 13. While they may not be quite as dangerous as the legendary manga assassin, they’re still a force to be reckoned with. Don’t let that adorable little mush fool you.

Now they’re back in your heads, and they’re not going anywhere anytime soon. What other weird mascots can you recall from your viewing?