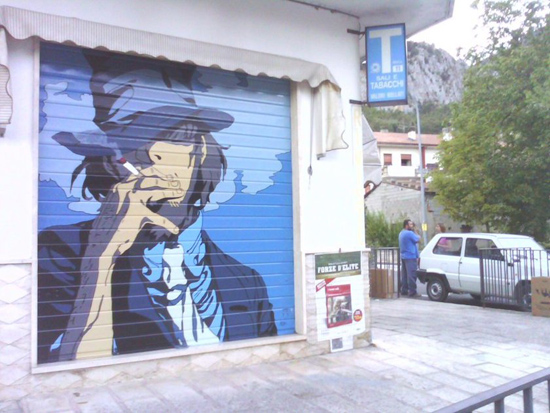 To be more specific, Jigen’s visage has appeared on the shutters of cigarette shops throughout the country.

According to the original article, Jigen is quite popular in Italy, and owners of cigarette and other small shops specifically request street artists to scrawl the character on their shutters.

No wonder the new Lupin series is set in and set to air in Italy.

Indeed, it’s not clear when exactly these images appeared, but they seem to predate the announcement of the new show. Culture Lab speculates the new series might set off a whole new Jigen boom at home and abroad, to which we respond: yes please.