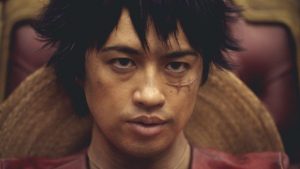 Your mileage may vary as far as how well you can handle job search company Indeed’s live-action One Piece ad campaign. On one hand, most of the characters actually look great, and it’s hard to deny the allure of IRL Chopper. On the other, seeing the Straw Hats chanting the Indeed theme song manages to be uniquely unsettling.

Following up on our first look at the campaign, which had Luffy and co. singing away on the top of a cliff, Indeed is back with some updated spins on the ad. This time the Straw Hats are in a hut. While all the versions are very similar, you’ll notice a few differences, like the brief appearance of SogeKing in the third clip below!

There are also interviews with Zoro actor Hiroyuki Ikeuchi:

Other cast members in the commercial include Takumi Saitoh as Luffy, Rika Izumi as Nami, Yosuke Kubozuka as Sanji, and a massive reindeer as Chopper.