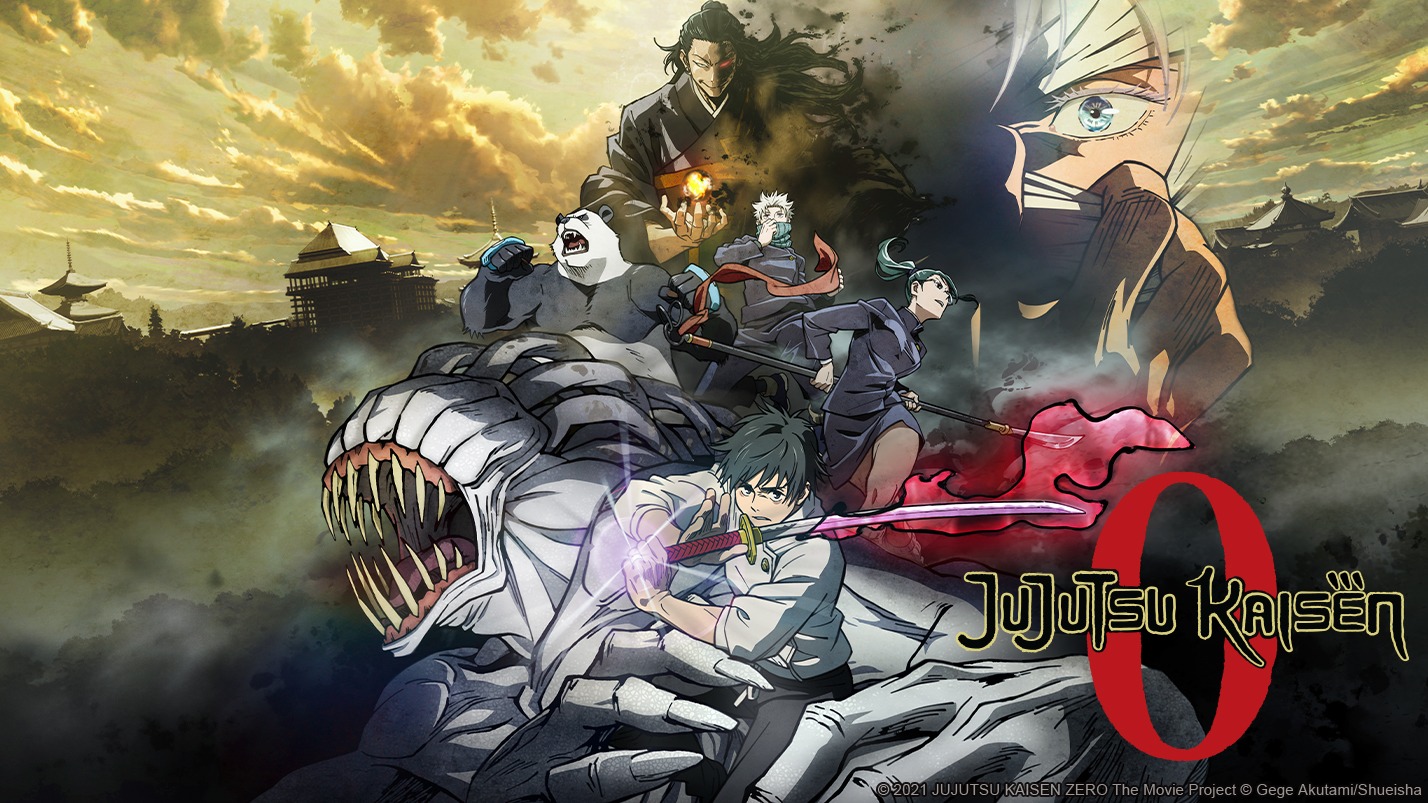 Disclosure: The author of this review is also an editor for Crunchyroll News.

Like an American comic book in the mid ’90s, Gege Akutami’s JUJUTSU KAISEN manga opted to explore the past in a zero-numbered prequel story. That tale—appropriately titled JUJUTSU KAISEN 0—served as the perfect template for a theatrical outing that could be digested in one curséd gulp, coming in just shy of two hours and covering the entirety of the prequel story without burdening viewers with a ton of pre-release lessons in lore. After making a splash in Japan—where it now sits among the top 10 highest-grossing anime films of all time—back in December, JUJUTSU KAISEN 0 is getting ready to bring its battle to North America and a bunch of other regions around the world, and it’s a spectacle worth catching on the biggest screen possible if you get the opportunity.

When we first meet Yuta Okkotsu, he’s ready to die. He’d rather be executed for his perceived crimes of curse abuse than go on suffering, but Satoru Gojo has different plans for him. While Yuta may feel crushed under the weight of his particular curse, there’s untapped Jujutsu sorcerer potential in there, and he could prove a great asset to Jujutsu High and the world at large if he could just learn to harness his power and use it to dispel others.

Of course, this is easier said than done. Not only does Yuta have to attempt to control an immensely imposing curse with powers of unknown magnitude, he also has to earn the respect of his new peers—Maki Zen’in, Toge Inumaki and Panda—while gearing up to face the villainous curse user Suguru Geto. You see, Geto was previously expelled from Jujutsu High for the crime of massacring innocents. He’d love nothing more than to rid the world of non-sorcerers, and he has a curse-filled plan to do so on a very special occasion that will be known as the Night Parade of a Hundred Demons.

There’s an argument to be made that JUJUTSU KAISEN 0 would have worked even better as a mini-series of sorts. Give it six episodes to flesh out the relationships between Yuta and the rest of the Jujutsu High students and it might feel as if some of those bonds were more earned in the end. As it stands, the audience is left filling in a lot of the history between characters with the help of brief montages and a bit of forced familiarity, which compromises some emotional beats in the third act. Yuta himself is mostly defined by one key moment in his past and his connection to childhood friend Rika, who remains by his side after her untimely death in the form of a powerful curse.

Even in the face of some missed opportunities, it’s hard to deny the spectacle on screen during the movie’s intense set pieces. MAPPA shows off its flair for dynamic cuts at any given opportunity as Yuta becomes accustomed to wielding his curse for the greater good. Due to the nature of Rika’s abilities, there’s an air of unpredictability to these showdowns, especially once we get our first glimpse at what Rika looks like in full-blown colossal curse form. The rest of the classmates deliver similar thrills, as Maki flips and spins, landing heavy blows and taking down cursed foes with acrobatic ease.

MAPPA clearly saved much of their heavy artillery for the moments in which fan-favorite Jujutsu sorcerer Satoru Gojo gets an opportunity to shine. Some of the most impressive sequences, however brief they may be, involve Gojo unleashing a flurry of blows and evasive maneuvers. The animation in these fights—as well as during pretty much anything featuring main antagonist Suguru Geto—is absolutely electric.

JUJUTSU KAISEN 0 is in many ways the ideal way to present an anime film to the masses. It’s not a one-off, non-canon exhibition film like you might get with an annual shonen showcase. It also isn’t quite as demanding as Demon Slayer: Kimetsu no Yaiba the Movie: Mugen Train, prior to which audiences will have ideally watched the entire first 26-episode season of the TV anime. That didn’t stop Mugen Train from being an absolute record-breaking beast in the box office both in Japan and abroad, but it gives JUJUTSU KAISEN 0 a leg up in terms of sheer newcomer appeal.

That’s not to say that it doesn’t help to be familiar with the source material before seeing JUJUTSU KAISEN 0. Having watched the first MAPPA-produced season of the anime adaptation or even having some passing knowledge of author Gege Akutami’s manga will no doubt make this a richer experience. No matter how well versed you may be, though, we’re smack dab in the middle of a golden age of theatrical anime making its way to cinemas outside of Japan, and JUJUTSU KAISEN 0 is one you’ll want to catch while you can. Recommended.