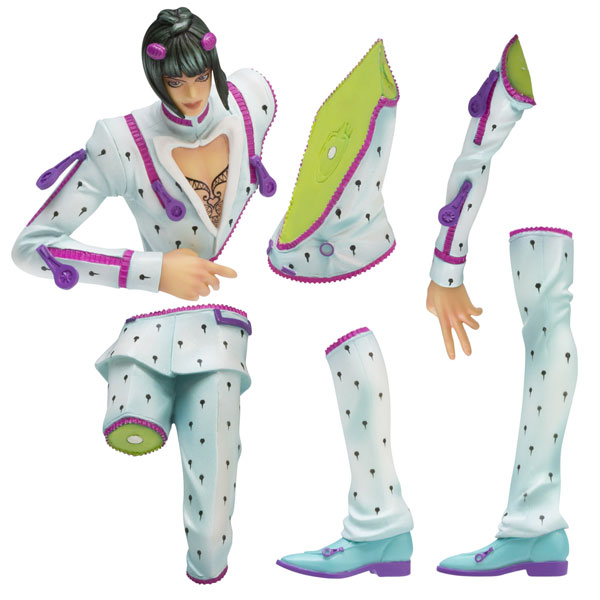 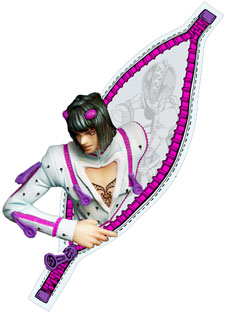 As one can ascertain from the title, Jojo’s Bizarre Adventure is profoundly weird: this is a series where “a guy turns his hand into a murderous squirrel” doesn’t even make the top ten of strange moments. It’s one thing to see anime produce weird merchandise: that happens all the time with hits like the Mami USB drive and so on. But Jojo‘s merch machine is different: lately they’ve been turning out weirdo stuff with regularity.

This figure/magnet set of Bruno Buccelati quite literally comes apart at the seams. The character’s Stand ability is to create holes in space with a zipper, so the figure makers at Sentinel created a figure that makes a similar effect. Put him on your fridge and he’ll look like he’s crawling out of it! The sample pictures at Amiami also ingeniously advise that you use his arm as a key holder. In the same spirit, Sentinel has also produced a figure of (fictional) manga author Rohan Kishibe which happens also to function as a pen. Fun’s over once you run out of ink, though… 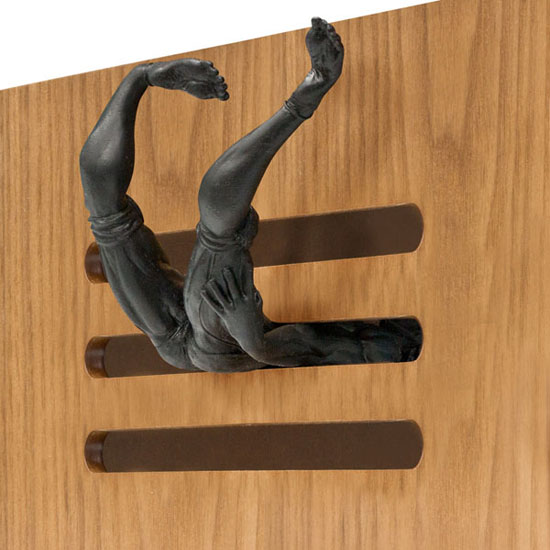 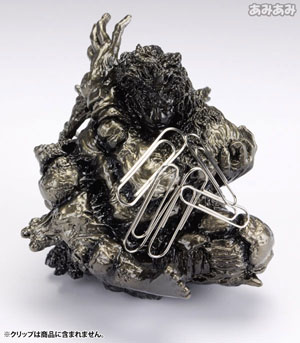 Even Araki’s love for violence against animals is represented by the “memetaa!” frog, named for the weird sound effect used in the scene in which it appears. Punch this guy, as Will Zeppeli does to demonstrate the art of the ripple early in Jojo Part 1, and he will squeal “memetaa-” as the (don’t worry, unharmed) frog does in the series.

(Because Part II has been so popular lately I’d be remiss in mentioning the bendy Santana and the “Cars eventually stopped thinking” paperweight.) 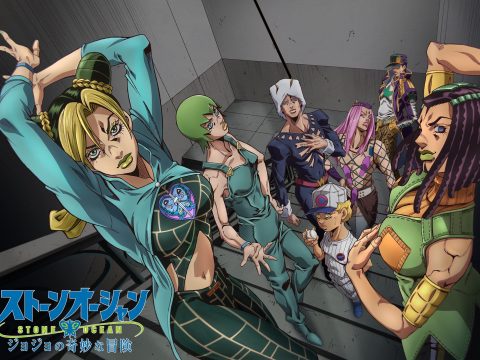 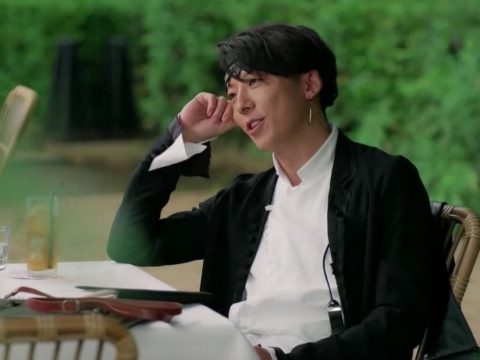 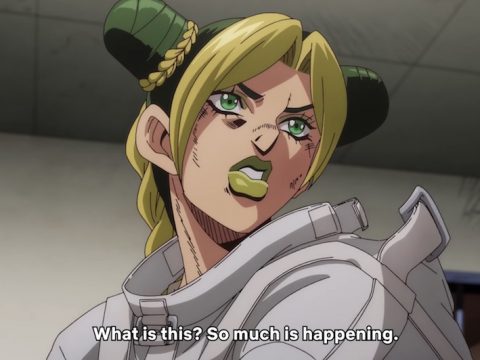