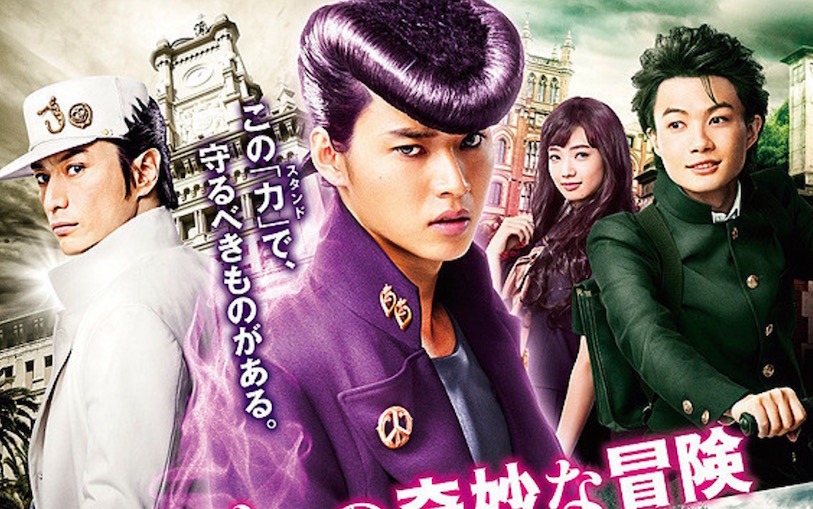 With the Japanese premiere of the live-action JoJo’s Bizarre Adventure movie right around the corner, the official website posted comments from series author Hirohiko Araki. The first chapter of the Takashi Miike-directed adaptation of Diamond is Unbreakable premieres in Japan on August 4, and here’s what Araki had to say:

“In the coming August, JoJo’s film will be finally released. I think there are some manga readers who have felt very anxious about it along with great expectations, but the high completion level of the film far exceeds your anticipation. The character building by the protagonists and others dominate the scenes overwhelmingly with cinematic suspense. The CG and the soundtrack music are also amazing enough to make the film more exciting. Please enjoy the film breathlessly this summer.

Thank you very much.”

For those who missed it, here’s last month’s English trailer:

The Fantastic Beasts of Monster Musume
Get in the Ring with G1 Climax Nights 6-8!