JoJo Anime Running for 1 Year, Will Use All Stands

The people making the JoJo’s Bizarre Adventure TV series have to do a lot of condensing to get through the original manga’s sheer amount of content. The first part, Phantom Blood, was sped through in just nine TV episodes. The rest of the 26-episode TV run covered the second part, Battle Tendency, at only a slightly slower pace. Part three, Stardust Crusaders, is a little different. It’s the breakout part, it’s the favorite. It warrants a different treatment.

The official Twitter of the Jojo’s Bizarre Adventure: Stardust Crusaders anime, currently mid-run, recently posted a major announcement. The series will be running for a year: four cours (a 13-episode unit), to use the Japanese terminology. We are assured that it will not skip any of the Stands that the boys battle in the original manga. That means that for example, the poker match and the F1 race are on. 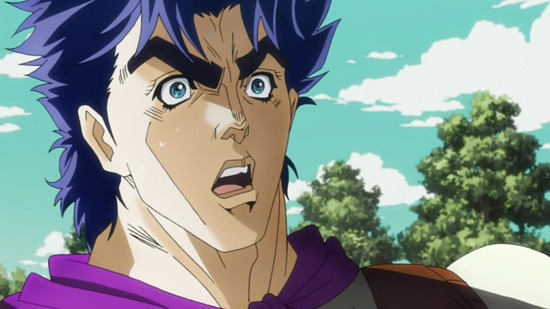 With the leisurely pace that the Stardust Crusaders adaptation was running, a lot of fans had already assumed that it was going to be a long run, or that they’d have a disastrous rush to the final battle. Thankfully we get the long run we were hoping for. This is one Shonen Jump title where nobody– animation staff or the viewer– wants to skip a thing.