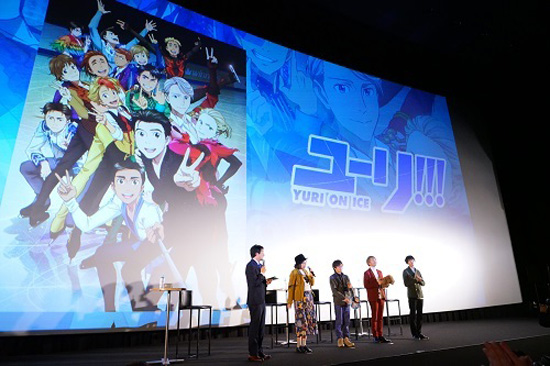 This past Saturday, it was Yuri on Ice all night, as about 30,000 fans of the ice-skating series assembled at 49 theaters around Japan for an late-night viewing of all 12 episodes. 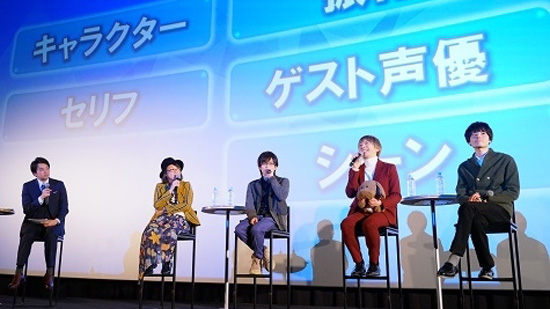 The actors shared some memories about the recording, with Toyonaga saying, “I really wanted to act from the heart, so from episode 7 or so onward, I have no recollection. But through this series, I was able to gain a deep connection to Suwabe-san,” to which Suwabe responded, “oh?” in a very Victor-like voice.

The cast and crew also accepted questions via Twitter. Kubo was asked who it was Chris went to meet in episode 11. Kubo revealed it was a male member of the Swiss skate team.

The screening, which lasted until 4am, then began – and the assembled Yuri on Ice fans were reportedly on fire the whole time. 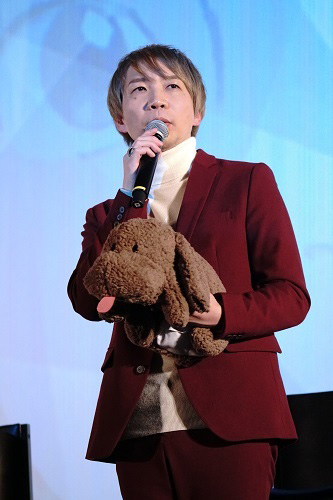