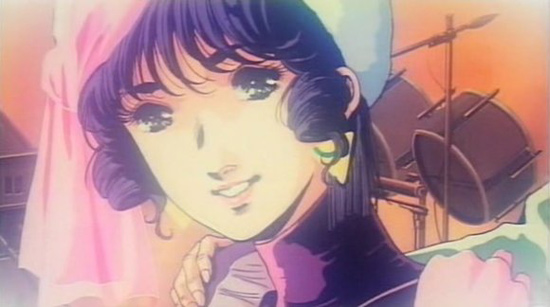 Lists. Is there anything the internet collectively loves more? (Cats, maybe…)

The latest list from Japanese ranking website Goo is a ranking of the 16 best idol anime series of all time, as decided by 500 anime fans.

Idols, from Seiko Matsuda to AKB48 to Hatsune Miku have been a long-running fixture in Japanese pop culture, and it’s no shock there are a ton of anime starring or featuring the phenomenon.

Taking the number one spot, and renewing my faith in humanity is the sci-fi classic Super Dimension Fortress Macross. Macross’s Minmei is the anime idol, inspiring legions of sequels and ripoffs through the decades.

Number two is Magical Angel Creamy Mami, the 80s anime about a young girl who’s able to transform into an idol that’s been undergoing somewhat of a nostalgic revival in Japan. Creamy Mami was recently released for the first time in the States via crowdfunding site Anime Sols.

At number three came a more recent series, The Idolmaster. Originally a raising simulation game, The Idolmaster’s been spun off into multiple sequels, light novels, and, of course, anime.

Check out the complete list below. What’re your favorite idol series? Anything that didn’t make the cut? (I’m a big fan of Perfect Blue, and therefore will assume it didn’t appear because it’s not a series, not because it was released almost twenty years ago. Gulp.)