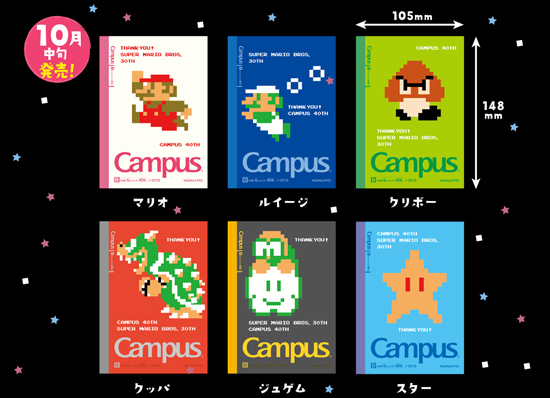 Walk into a Japanese classroom and you will no doubt see this: a simple, lightweight notebook labeled Campus. Debuting 40 years ago, Kokuyo’s Campus notebooks are pretty much the standard in Japan for note takin’.

Now Campus have teamed up with Nintendo for a line of notebooks that celebrates the Super Mario Bros. series’ 30th anniversary.

The site also features a cool chart tracking the evolution both of Mario and Campus notebooks (I think they skipped a few iterations, but eh).

The notebooks will be released in mid-October, and you can bet collectors will be snapping those puppies up. 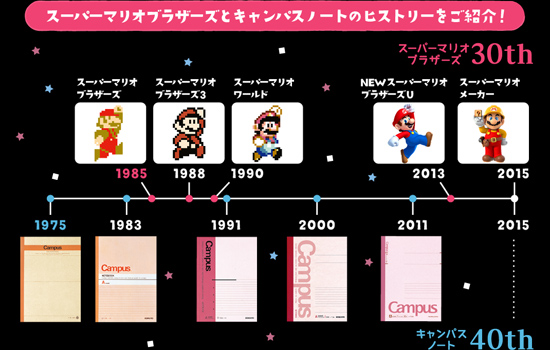 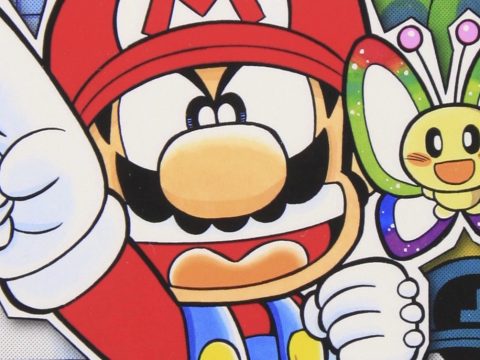