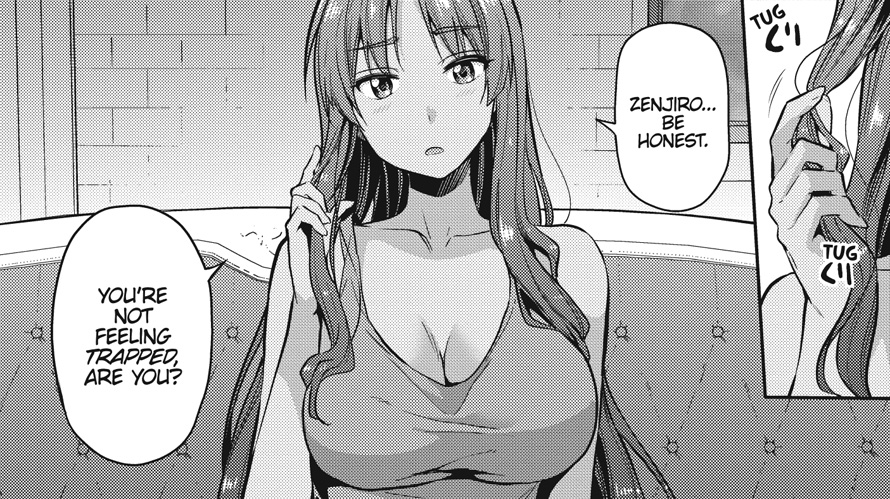 Office drone Yamai Zenjiro is summoned to a strange fantasy world by the hot woman from his sex dream. For some readers, the fact that this book opens with a sex scene will be either an instant turn-off or the only reason to keep going. If you’re in the former category, be reassured that there’s more to the story than fanservice. If you’re in the latter, keep in mind that there’s only so much sexual content a book with an OT rating can get away with.

In a standard portal fantasy setup, Zenjiro is summoned by the space-time magic of Queen Aura of Capua, a desert kingdom. It turns out she has Zenjiro pegged for her future husband because he’s a distant member of the royal family of Capua and possesses the same magic ability. Queen Aura needs to keep the royal bloodline pure and produce an heir to cement her control of an aggressively patriarchal country that has never had a queen. Zenjiro’s main concern is to avoid work for the rest of his life, and Aura is happy to oblige. Her giant boobs don’t hurt the deal, either. Convinced by the boobs and the promise of a life of leisure, Zenjiro agrees to marriage. He gets one month to put his affairs on Earth in order before he’s summoned back to Capua to begin his new life. 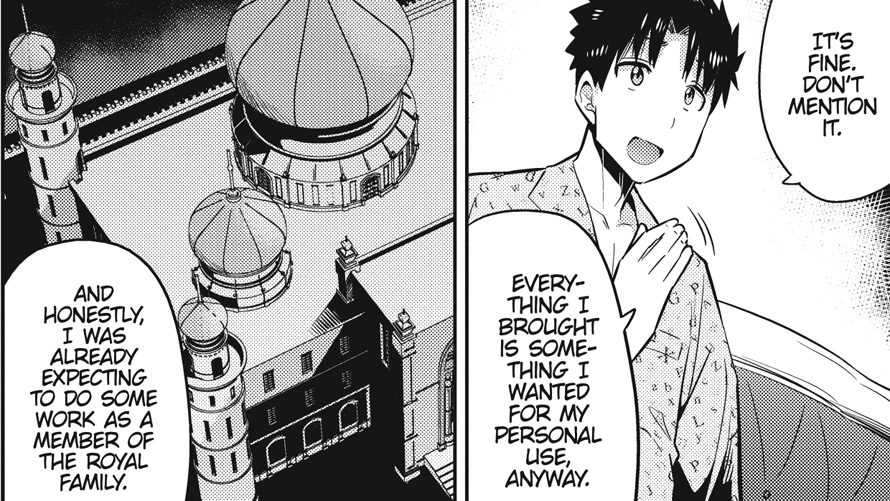 This all sounds like a cliché fanservice manga, but surprise! Ideal Sponger Life is actually a smart-ish book full of court intrigue and intelligent characters. What elevates it above a subpar harem manga is the fact that Aura is no naïf. Politically savvy and busy rebuilding her country after a war, she’s fully aware that Zenjiro is a slacker who spends most of their time talking to her bosom. 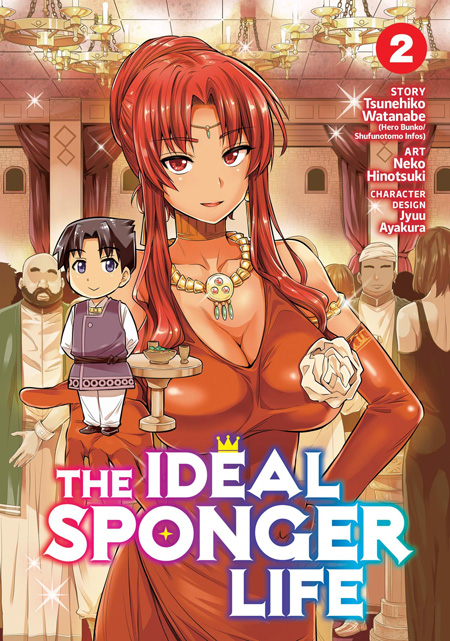 In a fun aside, it’s apparent Zenjiro has his priorities straight. Given time to plan his years in Capua, he takes pains to bring along the modern conveniences he doesn’t want to part with. While he’s enamored of his new wife’s physical attributes, he also respects her and is content to fade into the background while she runs the country. When the nobles start to grumble about her absent husband, Zenjiro throws himself into learning court etiquette and sharing his technology and salaryman smarts. The relationship between Aura and Zenjiro has a level of respect that the setup doesn’t suggest.

The major downside of Sponger is the art, which is fairly dull. Aura is a queen but has only one outfit. One. There are some Middle Eastern flourishes to the architecture, but these begin and end with building exteriors. One table is just a log sawed in half with legs. The inhabitants of Capua look stereotypically exotic in the same way as a lot of manga with vaguely Arabian settings. Much more effort could have been put into the setting and character designs. On the whole, though, if you can get past the cheesecake setup and enjoy the court intrigue, this is a solid book.