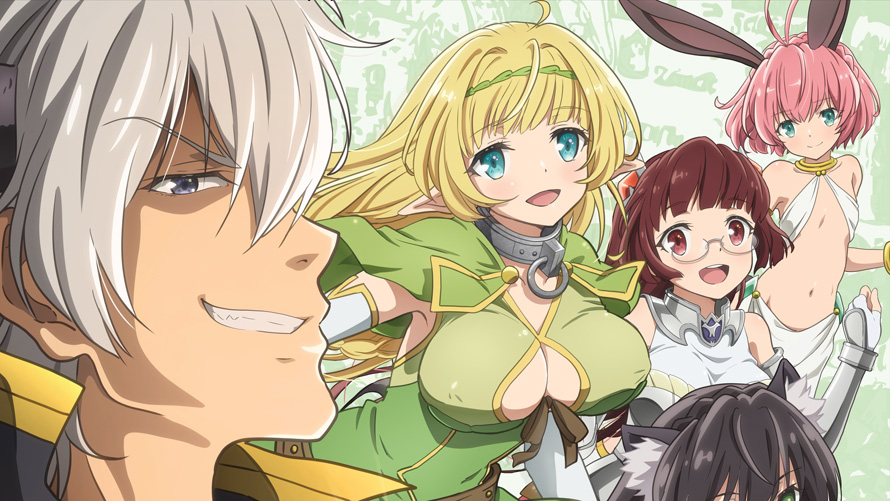 How NOT to Summon a Demon Lord shows what happens when you end up in a world shockingly similar to your favorite video game.

Wouldn’t it be great if video game skills were transferable to real life? Unless you’re planning to work in the Mushroom Kingdom or a haunted pizzeria—or unless you happen to play video games about banking or customer service—your only chance at reusing that skill set is being summoned to a fantasy world that just happens to have everything in common with your favorite game.

Your other option is to be an isekai protagonist, because they have uncommon luck in not only becoming high-level gamers, but also getting summoned to worlds that just so happen to have everything in common with their escapism of choice. Diablo (formerly Takuma Sakamoto) is no different, and he lucks out big time in How NOT to Summon a Demon Lord. 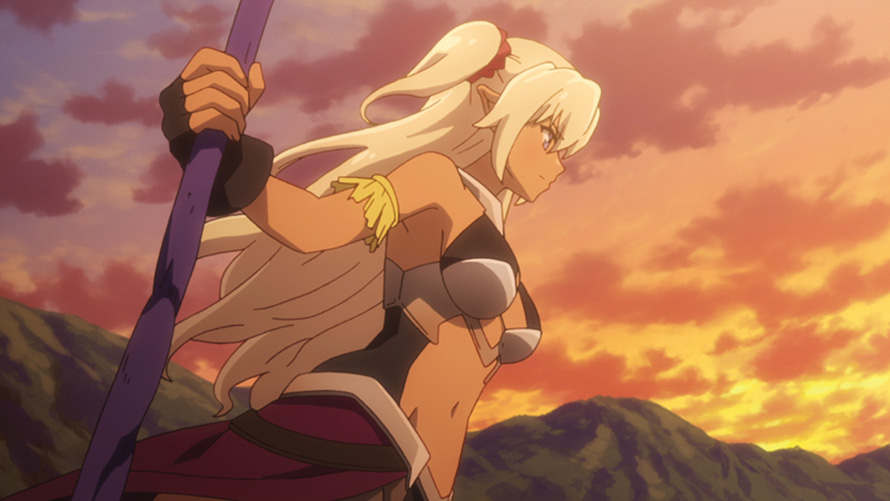 Other Worlds Than These 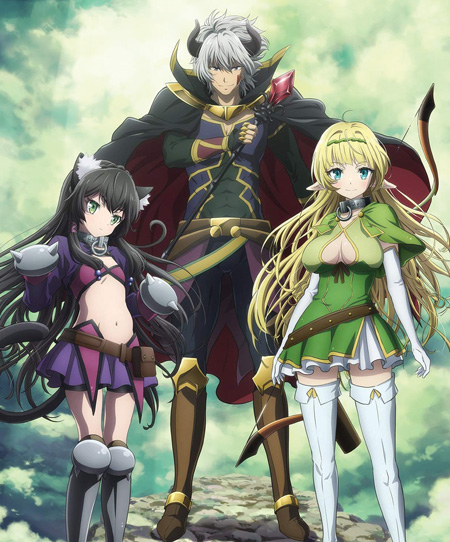 Originally a light novel and later a manga, How NOT to Summon a Demon Lord follows that now-familiar isekai format: typical Japanese guy ends up in a world shockingly similar to his favorite video game, he’s endowed with the same sorts of powers he wielded as a player, and brings his mix of real-world logic and game-world knowledge to the people of this new realm. Takuma even has a leg up on a lot of isekai heroes: he didn’t have to die and get reincarnated to get there.

Takuma was a fan of the fictional game Cross Reverie, where his insane skills and high-level gear earned him the title of Diablo, the true Demon Lord. The title—and the gear—followed him as he was summoned into a new world. But along with that came two other things that made life a bit difficult for Diablo and those around him.

First off, his ring of Magic Reflection: good for him, not so great for the magic users who summoned him. The Pantherian (read: catgirl) Rem and the elf Shera find their slave-summoning spell bounced right back on them … meaning that rather than summoning and enslaving a super-powerful demon lord, they’ve inadvertently enslaved themselves to him. Diablo doesn’t take advantage of this, though, meaning the main problem is the giant slave collar around each girl’s neck.

The other thing he brought with him? Crippling social anxiety. He may look like a Demon Lord and have phenomenal powers, but deep down he’s still an awkward nerd who doesn’t know how to act in public to begin with. For better or worse, he has the Diablo façade to play into, which lets him hide his insecurity behind a mask of bravado. As he learns more about Rem and Shera, though, the mask drops bit by bit. As it turns out, the three have more in common than one might think when it comes to feeling alone. 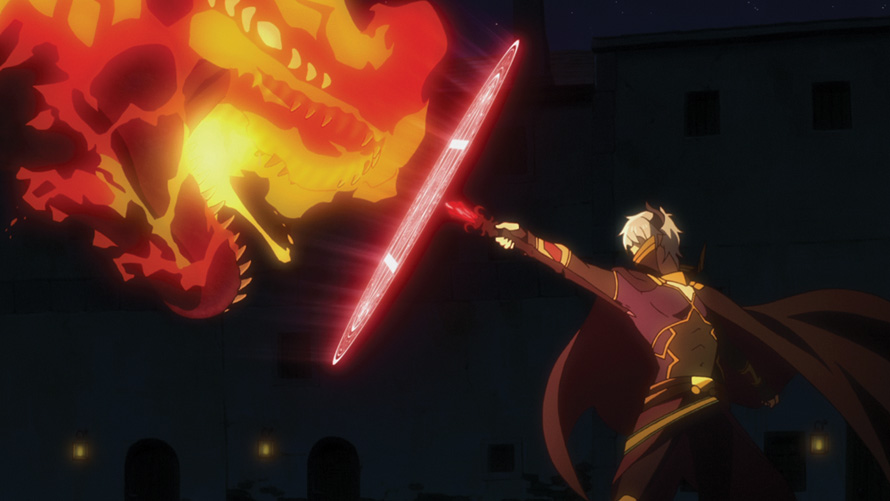 The world of Cross Reverie and the world in which Diablo finds himself have one major difference. It’s a fairly obvious one, but one that makes all the difference when it comes to magical combat and power levels: unlike Cross Reverie, this new world isn’t populated by gamers and NPCs.

In video games, all your energy is devoted to leveling up and getting epic gear. But real people in a real fantasy world have jobs and families. No one’s spending 10 hours a day grinding for XP. The resulting imbalance in power is a shocker for Diablo, but also a plus. He was already an absolute beast in Cross Reverie; now he’s insanely overpowered by anyone’s standards. As a bonus, that adds to his reputation as a demon lord, even when his bravado fails him. 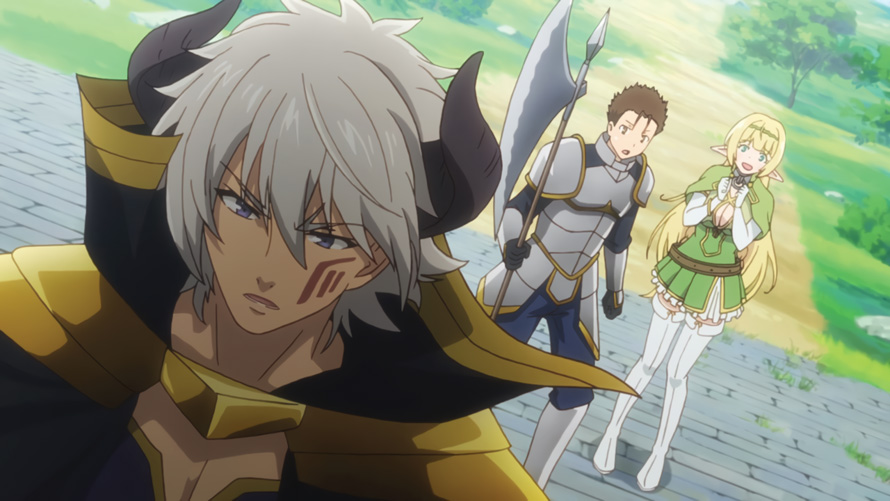 But how would he fare against a real demon lord? (His horns are fake, after all!) That’s a question that’s most definitely on the table. Rem and Shera didn’t just summon him for practice, after all. Shera wants to “live free” of her princess-ly duties, one of which would involve marrying her brother. Rem, meanwhile, carries the soul of Demon King Krebskulm within her. If she dies, Krebskulm will be unleashed, and there are lots of people who would really like for that to happen.

Despite the mishap during his summoning, Diablo might just be exactly what these two need: a being with the power of a Demon Lord and the emotions of a human. On the one hand, he can absolutely blast anyone and anything apart as needed. On the other, he knows what it’s like to feel like he has no one to turn to and can offer sympathy where neither has found it before.

Of course, let’s not pretend this isn’t a harem series. There are other girls in Diablo’s new life, too. Imperial Knight Alicia Crystelia seems friendly enough, but she keeps some weird company. The demonic Edelgard is technically an enemy, but squares off against Diablo enough to know where her loyalties ought to lie. Even Sylvie, the mascot-like guild master, finds herself embroiled in our hero’s personal life once or twice. Not bad for a socially awkward gamer. 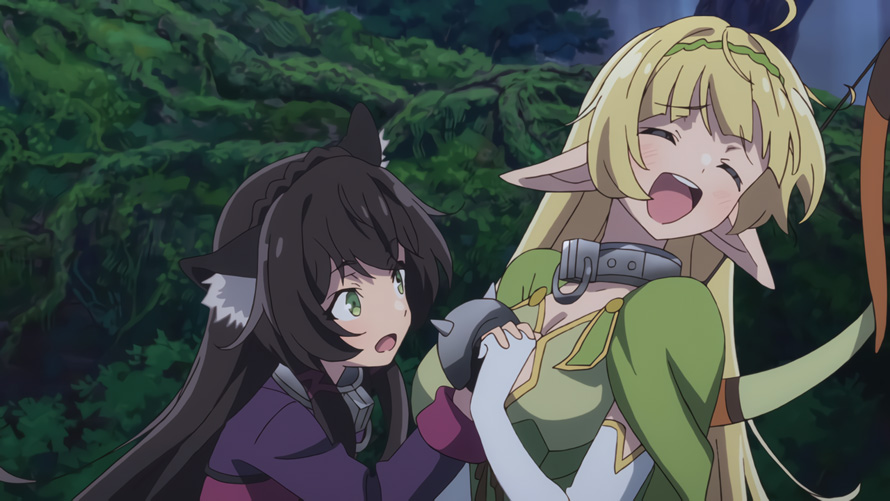 The anime adaptation of How NOT to Summon a Demon Lord lasted a total of 12 episodes, covering the eventual summoning of Krebskulm and the battle that followed. In the world of the light novels, though, a lot has happened. Diablo has faced down enemies who consider his Level 140 status a joke. New friends and foes have appeared, and there have been a couple of weddings, too!

Volume 12 of the light novel series came out in May, and it looks like there’s more to follow. There’s no telling whether the anime will rejoin the light novels, but interested fans can continue the journey after the anime via J-Novel Club. Or, if manga is more your style, Seven Seas Entertainment is localizing the adaptation—meaning you have plenty of ways to follow Diablo’s journey to greatness!

How NOT to Summon a Demon Lord is available from Funimation.