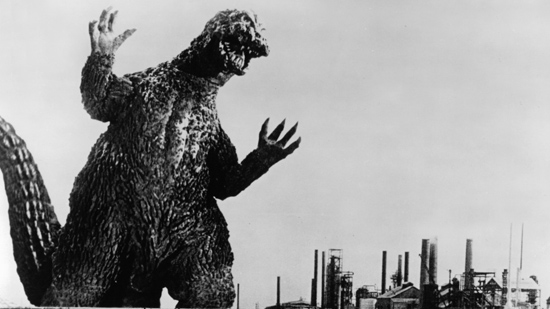 Videos posted on Twitter and Vine by Japanese users shows a scene filmed near Kamata bus station featuring extras fleeing for their lives from what we can only assume is an as-of-yet unseen giant monster.

Toho’s forthcoming Godzilla film is a collaborative project between Anno and Higuchi, the latter of whom directed the recently released big screen adaption of Attack on Titan. While living up the expectations set by the titanic franchise was a tall order, we liked it quite a bit when we reviewed it last month.

Set for release in Japanese theaters next summer, Toho’s Japanese-produced film is different from the Godzilla sequel currently in production from Warner Bros. and Legendary Pictures.