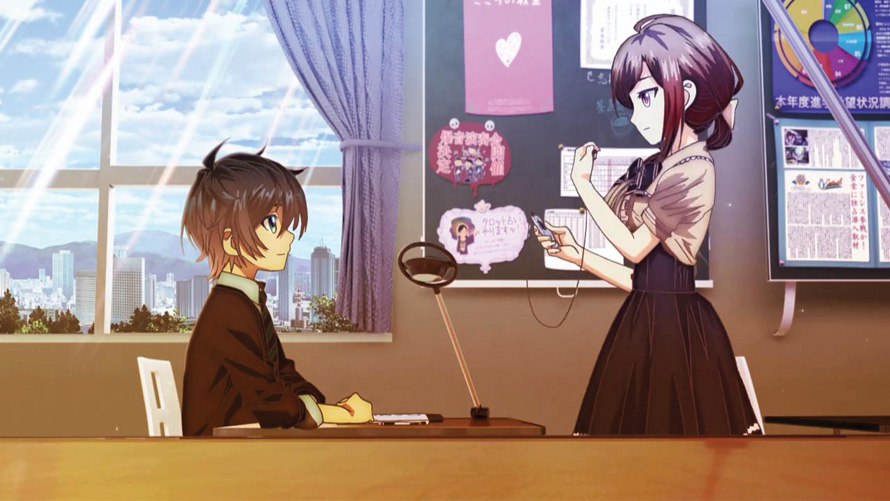 I thought I knew what I was getting into when I agreed to review Hand Shakers, but nothing can really prepare anybody for this show. When the first episode premiered in January 2017, fans pounced on it for its abominable visual style, and for good reason. It’s easily one of the worst-looking anime I’ve ever seen. And trust me, I’ve watched some bad anime.

If you’re holding out hope that the story makes up for Hand Shakers’ visuals, I’m sad to say it absolutely does not. At least it starts merely mediocre: the protagonist, teenage boy Tazuna, touches the hand of a mysterious girl sleeping in a hospital bed, inadvertently forging a bond between them and transporting them into a magical plane called the Ziggurat. The pair gains magical powers by holding hands and thus are called Hand … Shakers. Whatever, close enough. When they enter the Ziggurat they must summon magical weapons and do battle with rival pairs of Hand Shakers to win the opportunity to meet God and have a single wish granted. 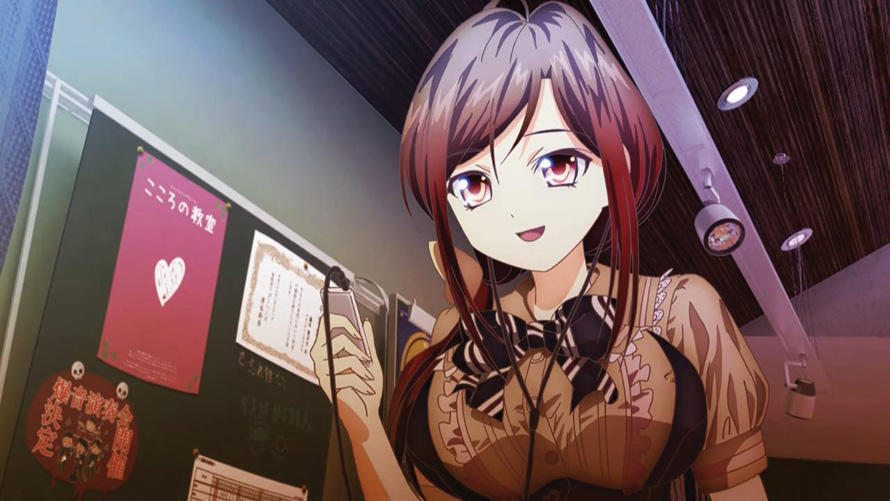 If Hand Shakers were just a poor man’s Fate I could almost tolerate it, but I haven’t even touched on the worst of it. Tazuna’s partner, Koyori, has been in a coma for most of her life and is not just completely mute, but almost entirely unable to function in society. On top that, she’ll die if they stop holding hands! Lots of anime series come up with flimsy excuses to furnish their male protagonists with helpless magical girlfriends, but Hand Shakers really goes for the gold.

Koyori’s lack of agency for most of the show is bad enough, but the rest of the cast isn’t any good either. The mad scientist who serves as Koyori’s caretaker is unwatchably annoying, plus there’s Tazuna’s busty classmate, who not only is the subject of countless sleazy fanservice shots, but is also attracted to her younger brother (a fact other characters merely shrug off). The most endearing characters are an obsequious salaryman and his boss, a career salarywoman who looks like an elementary school student and is none too pleased about it. These two would be the low point of any other show, but here they serve as the only thing that remotely approaches entertainment. 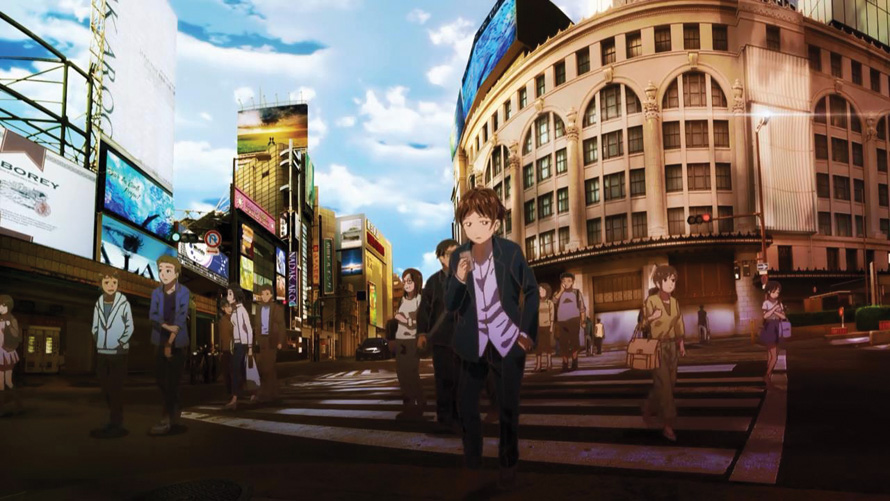 But the real reason I agreed to watch this show was to marvel at its animation. Produced by GoHands (K, Mardock Scramble), it’s a mess of CGI, psychedelic color work, and needlessly detailed overanimation, a clear product of someone trying way too hard to look cool. The characters don’t look all that bad when standing still, but they’re shot on top of a mix of 3D environments and bizarre, almost photographic background art. The compositing features little in the way of consistent lighting or color correction to compensate for the incongruous art styles, and even fails to line up motions between the character animation and the backgrounds! As a result, characters feel like they’re floating in space, even when they’re just walking down a street. As for the CG animation, it heavily relies on reflective materials rather than the flat “cel” shading so popular nowadays, and of course none of it jives with the characters or backgrounds.

Sometimes fans praise animation for having a lot of drawings. If more drawings really meant better animation, Hand Shakers would be one of the best anime of 2017. There’s tons of motion in the series, but none of it is the right motion. The animators waste their time showing off rotating camera effects even when the resulting movement looks choppy and stilted, and simple dialogue scenes are frequently shot from off-kilter angles, distorted with comically wide-angle virtual lenses, or peppered with superfluous movements. The action scenes, which should be the highlight of Hand Shakers, are completely unintelligible.

I know what you’re thinking. “Gee Evan, this sounds really funny to hate-watch with a bunch of my friends!” As someone who enjoys watching the famous anime trash pile Garzey’s Wing, let me tell you: Hand Shakers isn’t funny. It might be worth a watch for an episode or two if you want to understand just how easy it is for an anime production to break down into unwatchable madness, but beyond that it’s really just a waste of time.