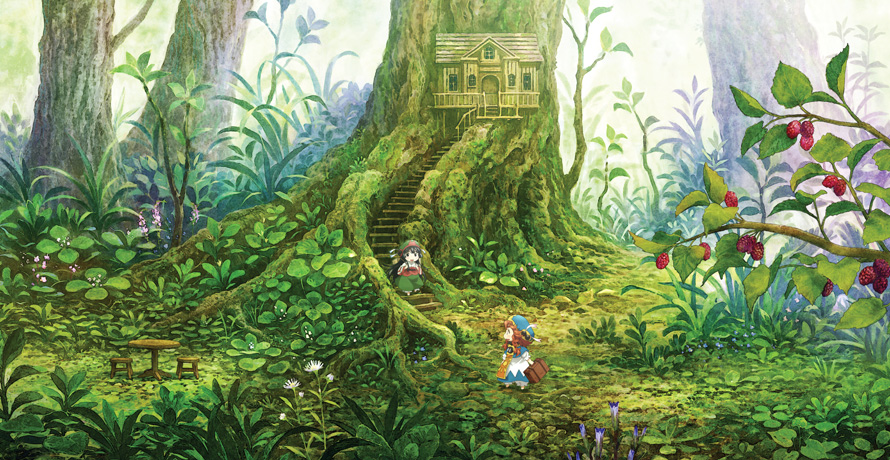 There is a Spanish animated show that has aired in English-speaking countries around the world called David the Gnome, which some of you may have heard of. It is mostly famous for its heart-wrenching ending (the show was made for literal six-year-olds) and for memes of David the Gnome looking like he’s going to kick some ass. Hakumei and Mikochi definitely feels like an iyashikei and distinctly anime version of that sort of show.

Hakumei and Mikochi follows the lives of two girls and their “Tiny Little Life in the Woods,” which happens to be the subtitle of the series. Hakumei is the assertive redhead and makes her living as a day laborer and generally working in some sort of hard labor. Her friend, Mikochi, is a chef and her knowledge of food is well respected enough that she is consulted by several of her neighbors. 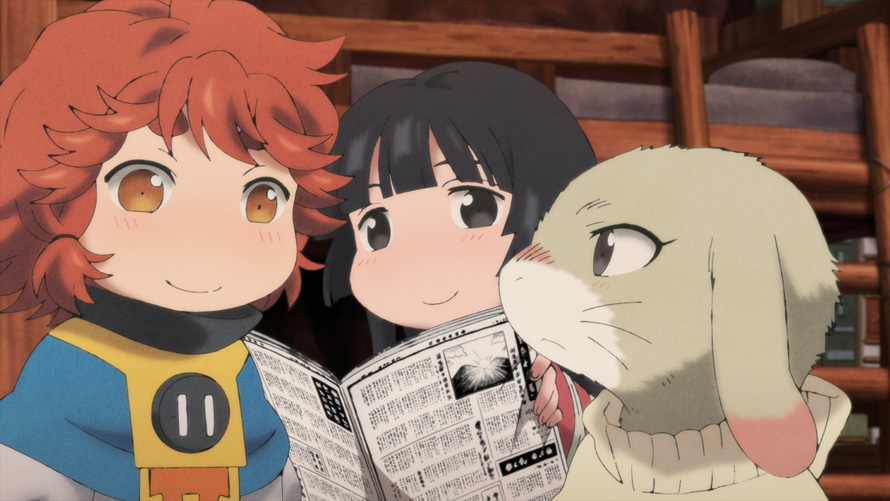 The world of Hakumei and Mikochi is pintsized version of rural life. The duo live in a tree, there is an adorable bus that is pulled by a nutria, and the town is populated by animals who speak normally and have normal businesses. There’s no indication of “when” or “where” Hakumei and Mikochi is set or even what the two protagonists are. If they’re very small humans or gnomes or some other original creation, however, it doesn’t matter as the enjoyment of the show largely comes from the utterly charming nature of the world and their adventures.

Being an iyashikei or “healing anime” similar to Flying Witch or Laid Back Camp, the series has a chill and relaxing atmosphere. Each episode can contain a single story or three or more shorter tales with many more stories told across the 12-episode run of the show. 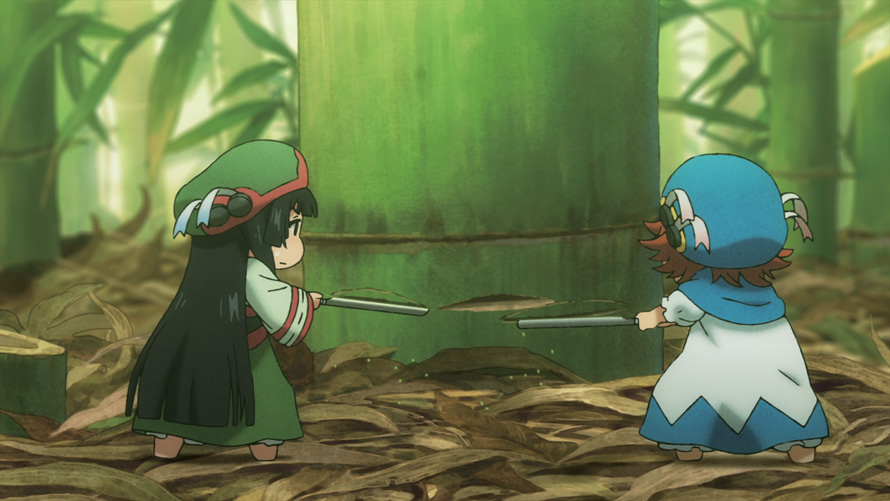 Hakumei and Mikochi might be one of the most charming anime series I’ve ever seen and if you’re not against the idea of an anime series being slower and more chill, I recommend it to everyone. Some episodes leave you smiling with a full heart. One in particular—when the duo find out their neighbor is an adorable beetle with aspirations for living a fancy “city life” despite having moved to the country—left me very happy.

Hakumei and Mikochi is a completely unpretentious show with wonderful, well-rounded characters, gorgeous artwork, and a heartwarming feel that most any anime fans can appreciate.