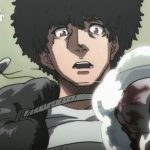 The four-episode Mobile Suit Gundam Thunderbolt anime was compiled into a feature in the form of an anime film called DECEMBER SKY, which premiered in Japan last summer. Fast forward to the present and it’s time to start looking ahead to international streaming plans. The GundamInfo portal put together a schedule for said plans along with the debut of a new preview, setting up a limited month-long run with support for multiple languages.

Mobile Suit Gundam Thunderbolt DECEMBER SKY will begin streaming on November 10 at 12:00pm JST, and will be available to watch with the following subtitle options: EN, HK, TW, KR, and FR.