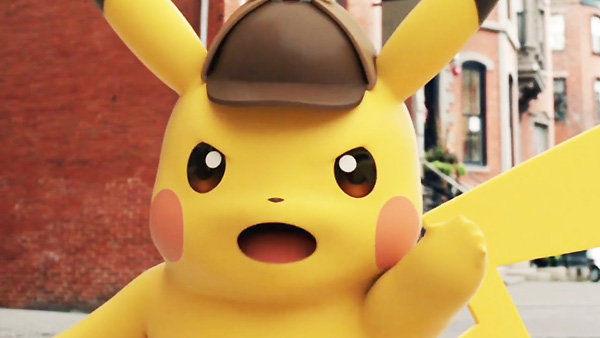 Back in July, we reported Legendary Pictures had struck a deal to create a live-action Pokemon film. Now we’ve got some more details, including the film’s director and title, which, believe it or not, involves everyone’s favorite electric-type Pokemon and his sleuthing skills.

According to Deadline, the Hollywood live-action Pokemon film will be titled Detective Pikachu and be directed by Rob Letterman, who has previously helmed Goosebumps, Monsters Vs. Aliens, and Shark Tale.

The film will be scripted by Nicole Perlman (Guardians of the Galaxy) and Alex Hirsch (Gravity Falls).

Great Detective Pikachu, on which the film seems to be at least partially based, is a Pokemon spinoff adventure game for Nintendo 3DS that was released this February in Japan. The trailer for that game itself was partially live-action, prefiguring the film adaptation and causing a strange, short-lived Danny DeVito-related meme.