The first installment in the Godzilla anime film trilogy, Godzilla: Planet of the Monsters, is getting its own manga adaptation in Japan. Featuring art by Summer Hero‘s Youth Kurahashi, the Godzilla manga is set to launch as part of the Shonen Jump+ online magazine and the Z site in March 2018. 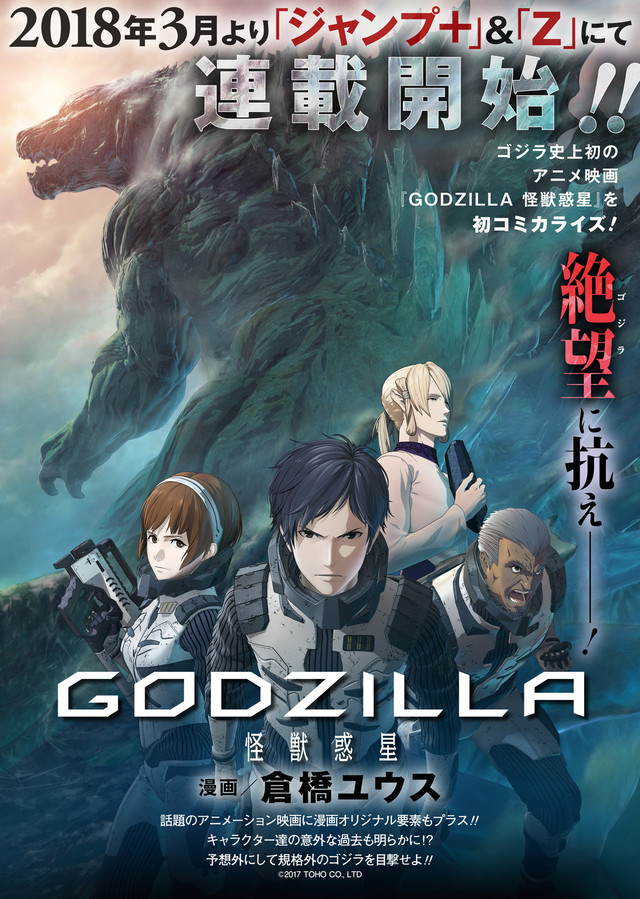 The Godzilla: Planet of the Monsters manga adaptation will provide an opportunity to add in original elements, including story material the movie doesn’t cover and a peek into some of the characters’ “surprising past.”