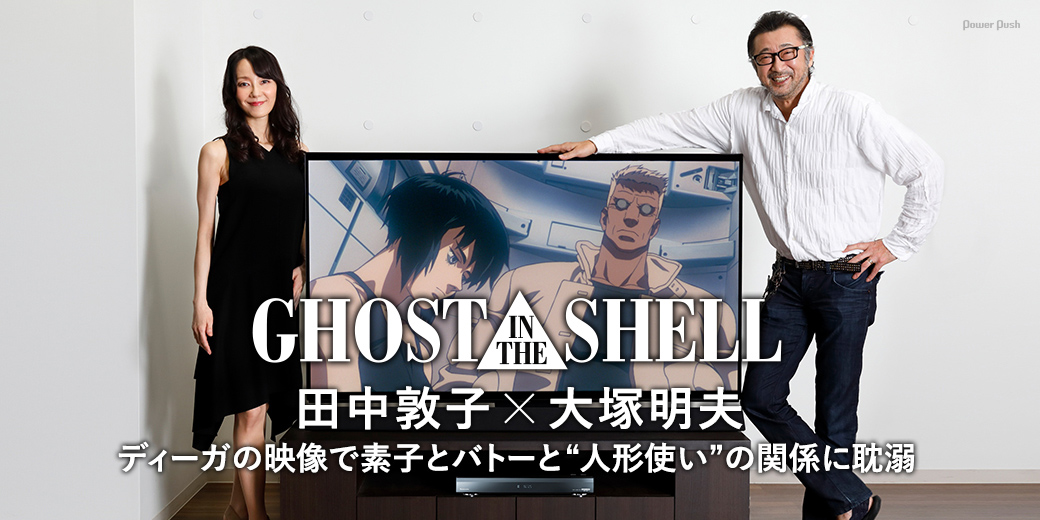 The original Ghost in the Shell film from 1995 (and the best Ghost in the Shell anime made to date—fight me) was just rereleased in Japan in a 4K remaster. To mark the occasion, Panasonic brought together voice actors Atsuko Tanaka (Motoko Kusanagi) and Akio Otsuka (Batou) to give it a peek.

Obviously, the goal behind the reunion was to sell some Blu-ray players, TVs and discs, but the chat did have some interesting content for Ghost in the Shell fans (not to mention a “so that’s what they look like!” photograph or two).

Asked if they ever rewatch the original film, Otsuka says that sometimes he ends up checking it out when it’s on TV. Tanaka mentioned she rewatched it when she and Otsuka got the job of doing the Japanese dub of the live-action film last year.

The pair were shown the opening of the film on both normal ol’ Blu-ray and 4K, to which Tanaka very diplomatically responded, “the Blu-ray looks wonderful, so you can be completely satisfied with it alone, but I’m surprised how obvious the difference is between it and the 4K version.” 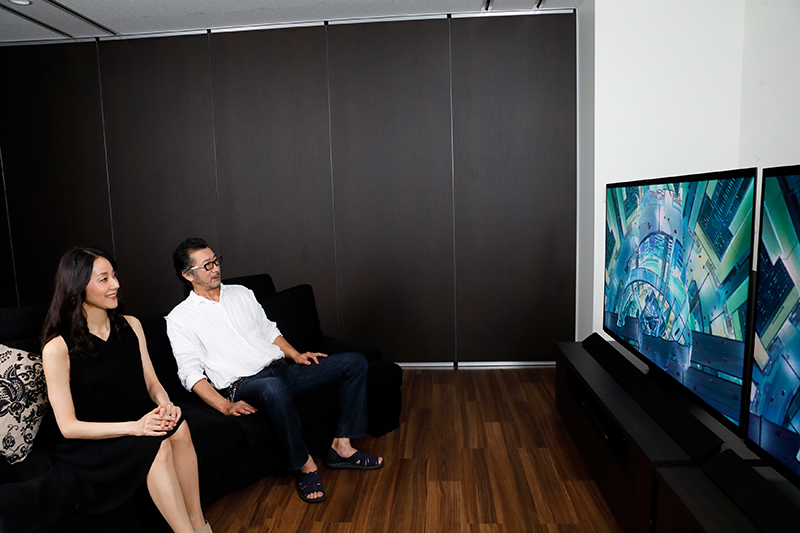 Otsuka joked that he was worried he might not be able to see the difference due to his aging eyes, but that the 4K version looked incredibly clear.

They then moved onto a larger discussion of the film. One point of discussion centered around the final line in the film, “the net is vast and infinite.” At the time, Tanaka noted, many people had never been on the net, and the idea of it becoming such a central part of our lives was, indeed, science fiction. The interviewer added that Ghost in the Shell and Windows 95 came out the same year.

Both voice actors mentioned that director Mamoru Oshii was ahead of his time, and that his mind moved at such a fast pace it could be hard to keep up with him. But, Otsuka says, they saw him putting his heart and soul into the film, and that helped them put their faith in his vision.

Finally, Tanaka summed up her thoughts on Ghost in the Shell by saying, “if I hadn’t been a part of this film, I wouldn’t be the person I am now. That’s how much it means to me.”

Not a bad chat for what is essentially an ad! Now let’s hope we get that 4K remaster Stateside.