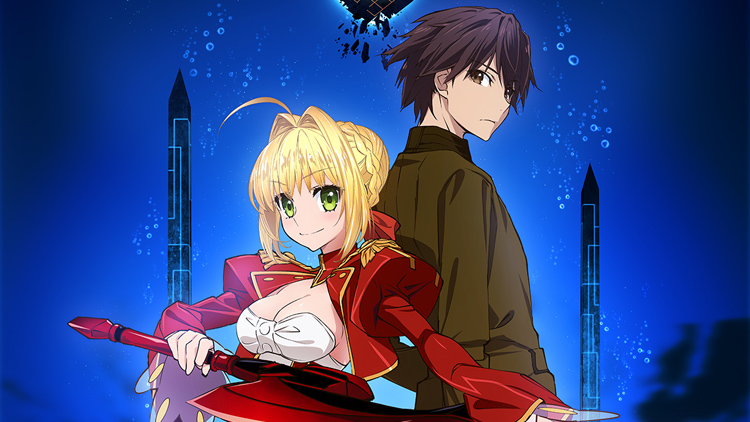 Fate/Extra Last Encore, the latest entry in the Fate/ franchise that aired from January to April of this year, is finally on Netflix in the U.S.

The series is baed on the Fate/Extra video game, and is animated at Shaft and directed by Yukihiro Miyamoto and Akiyuki Shinbo.

Hakuno Kishinami finds himself in the midst of a Holy Grail war with no memories of how he got there. Through his confusion, he must fight to survive.