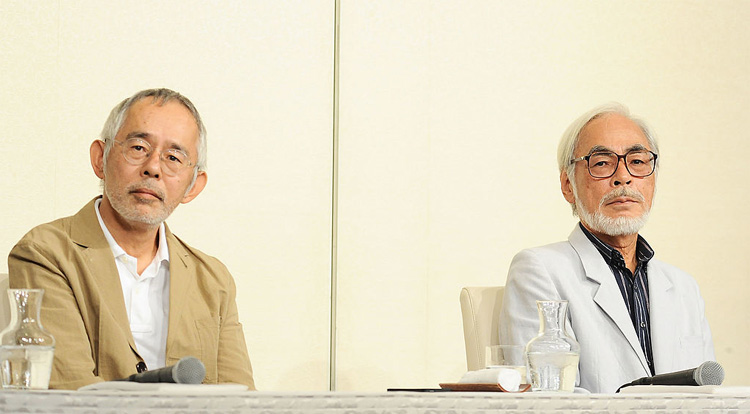 In a press release Wednesday, uber-producer Toshio Suzuki wrote about Hayao Miyazaki’s new film, announced a new CG project by Goro Miyazaki, and mused about the future of the studio.

He also announced a new president for the studio.

Regarding Hayao Miyazaki’s new film, Kimi-tachi wa Dō Ikiru ka (How Do You Live?), Suzuki wrote “the content of the film is very different than the impression the title gives. It’s a large-scale fantasy. When I read the outline, I realized the reason for Miyazaki coming out of retirement, for not ending with The Wind Rises. In the end, his pride and joy is ‘action-adventure fantasy.’”

Suzuki confirmed that Kimi-tachi wa Dō Ikiru ka will be animated with hand-drawn frames, and also revealed that Goro Miyazaki is working on a new CG anime.

Finally, the producer mused about the future of the studio, writing: “Ghibli will continue to make films. That’s the studio’s main path. There’s nothing we can do but continue, until the day we no longer can.”

Studio Ghibli went dormant in 2014 following the release of When Marnie Was There, and while the future of the studio was unclear, several former employees went on to create the Ghibli-like Studio Ponoc.

It sounds, however, like Ghibli is back in action for now.