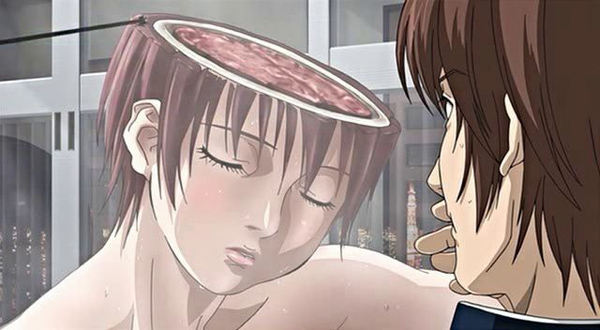 There are two things I found particularly striking about bookstores when I first came to Japan: one, the sheer amount of places to buy manga used, and two, how many folks just stand there reading without buying anything.

Hiroya Oku, the author of Gantz and prolific tweeter, has some words about these two practices.

In a recent tweet, Oku warned that reading manga without buying it (or buying it used, for which the original author doesn’t make any money) ain’t no good for the people who work hard to make the stuff:

“This may quash the dreams of some kids, but us manga authors can’t continue if you buy your manga on eBay, or read it at manga cafes or used book stores. We can’t make a living. Lots of adults know this, but keep doing it anyway. If you really want to support manga artists, please, to the extent you can, buy manga new.”

Oku’s tweet, at the time of this writing, has been retweeted almost 13,000 times.

In Japan, a new volume of manga retails for about $5 – cheaper than in the States, for sure, but used manga can go for as little as $1 (and, of course, you don’t pay anything if you just stand and read). Even if you agree with Oku in principle, that price difference makes it tempting to buy used.

On the other hand, digital manga sales on Kindle and other platforms are increasing, with sometimes lower prices than their physical counterparts.

This isn’t the first time Oku’s sparked a lot of discussion on Twitter: if you missed it, check out his thoughts on recent live-action manga adaptations from back in May.