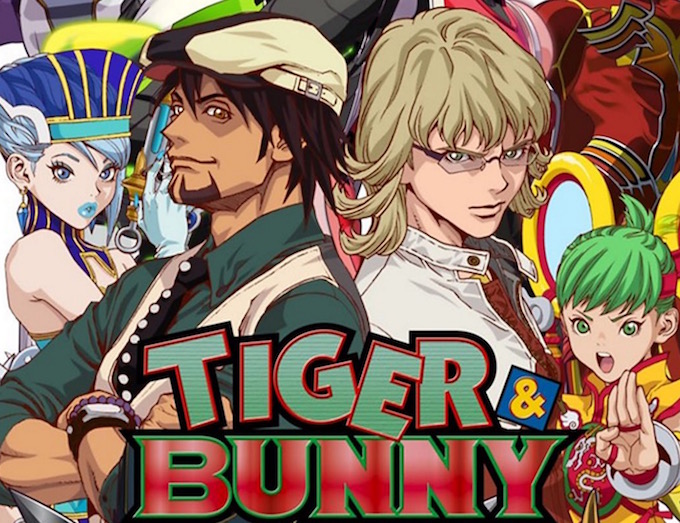 While we’re still waiting to see how some of them are going to turn out, and others might remain on the shelf for the foreseeable future (what’s up, Akira?), Hollywood is all about some anime adaptations. One of the more recent live-action takes being kicked around is Tiger & Bunny, and some forward progress has been made with the attachment of a screenwriter.

According to The Hollywood Reporter, Ellen Shanman—author of novels Right Before Your Eyes and Everything Nice, which she also adapted for film, as well as the adaptation of YA superhero novel The Brokenhearted—is on board to write Tiger & Bunny.

Imagine Entertainment’s Brian Grazer and Ron Howard are producing the film along with All Nippon Entertainment Works (ANEW) and Sunrise subsidiary Bandai Namco Pictures. Here’s what Howard had to say about the addition of Shanman:

“As we move forward in developing the wonderful Tiger & Bunny film, we are delighted to add a true rising star in Ellen Shanman to bring the story and characters to life … Ellen’s strong, visionary, creative voice is a perfect match to adapt this wildly popular story for new audiences.”

For those who haven’t seen Tiger & Bunny, Viz describes the series:

Stern Bild City is a thriving metropolis where superheroes called “NEXTs” protect the streets, sponsors pull the strings, and a hugely popular show called Hero TV captures all of it.

Veteran hero Kotetsu T. Kaburagi (AKA Wild Tiger) and hotheaded new hero Barnaby Brooks, Jr. (nicknamed Bunny by Kotetsu) are forced to team up not only to protect Stern Bild City, but to earn as many points on Hero TV as possible.

Joined by a diverse cast of heroes, all with different powers and answering to their own corporate sponsors, Tiger and Bunny must find a way to work together, uncover the secret of the “Ouroboros,” and earn enough points to become this year’s “King of Heroes.”