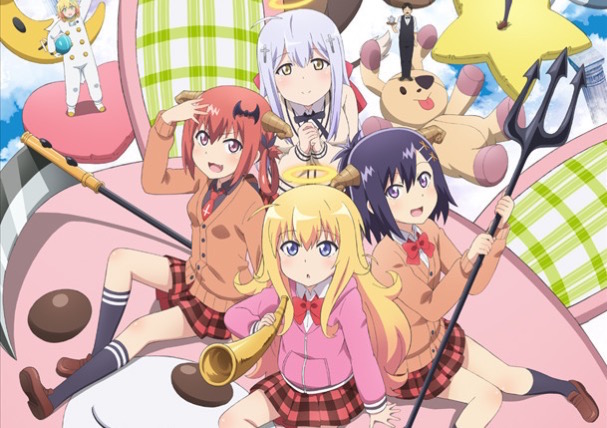 Ukami’s Gabriel Dropout manga follows an overachieving angel named Gabriel White, who ends up dropping some of that intense ambition once she heads to Earth to pursue knowledge at a human school. All it takes is an addictive web game to make her decide it’s not worth the effort to bother going anywhere. An anime adaptation is currently in the works, and the official website has it lined up for a January 9, 2017 debut.

The opening (“Gabriel Drop Kick”) and ending (“Hallelujah Essaim”) themes will be performed by cast members in character, including Miyu Tomita as Gabriel, Saori Ōnishi as Vignette, Naomi Ōzora as Satanichia, and Kana Hanazawa as Raphiel. Ken’ichi Maeyamada (Hyadain) wrote, composed, and arranged the opening theme, while the ending was written by Ryuji Sakai and arranged by Shingo Yamazaki.

Here’s one of the previously-posted promos: