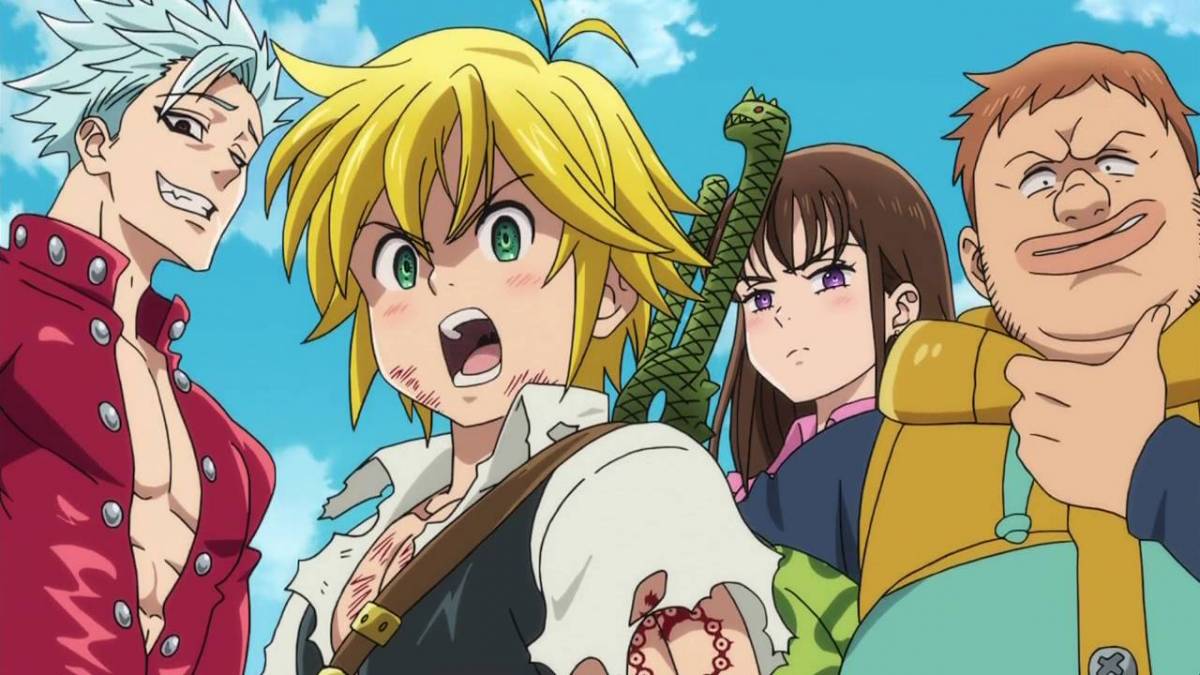 Whether you’ve seen The Seven Deadly Sins anime—which adapts the fantasy manga series by Nakaba Suzuki—on streaming service Netflix or not, you’ll soon have a chance to own it on home video. Funimation announced the acquisition of home video distribution rights, with the entire first season coming to the US and Canada later this year.

In a troubled kingdom plagued with corrupted knights, the only salvation will come from sin. From the studio behind Fairy Tail comes a brand-new action-adventure that proves there’s more than one side to a story.

When Holy Knights arrest her father and sisters, Princess Elizabeth seeks out a group of legendary warriors known as the Seven Deadly Sins. Once revered, the Sins betrayed the kingdom and became fearsome fugitives that no man is willing to face—a far cry from the heroes this princess needs.

Finding the Sins is no easy task, and Elizabeth’s journey takes her to a small tavern where she collapses in front of a short, unassuming man and his talking pig. Helpful, albeit perverted, the barkeep reveals that he’s actually Meliodas, the Dragon Sin of Wrath—captain of the Seven Deadly Sins! Agreeing to help her, the two travel the countryside in search of his companions. But their journey pits them against dangerous creatures and the treacherous, power-hungry Holy Knights who plan on eliminating the Sins for good.