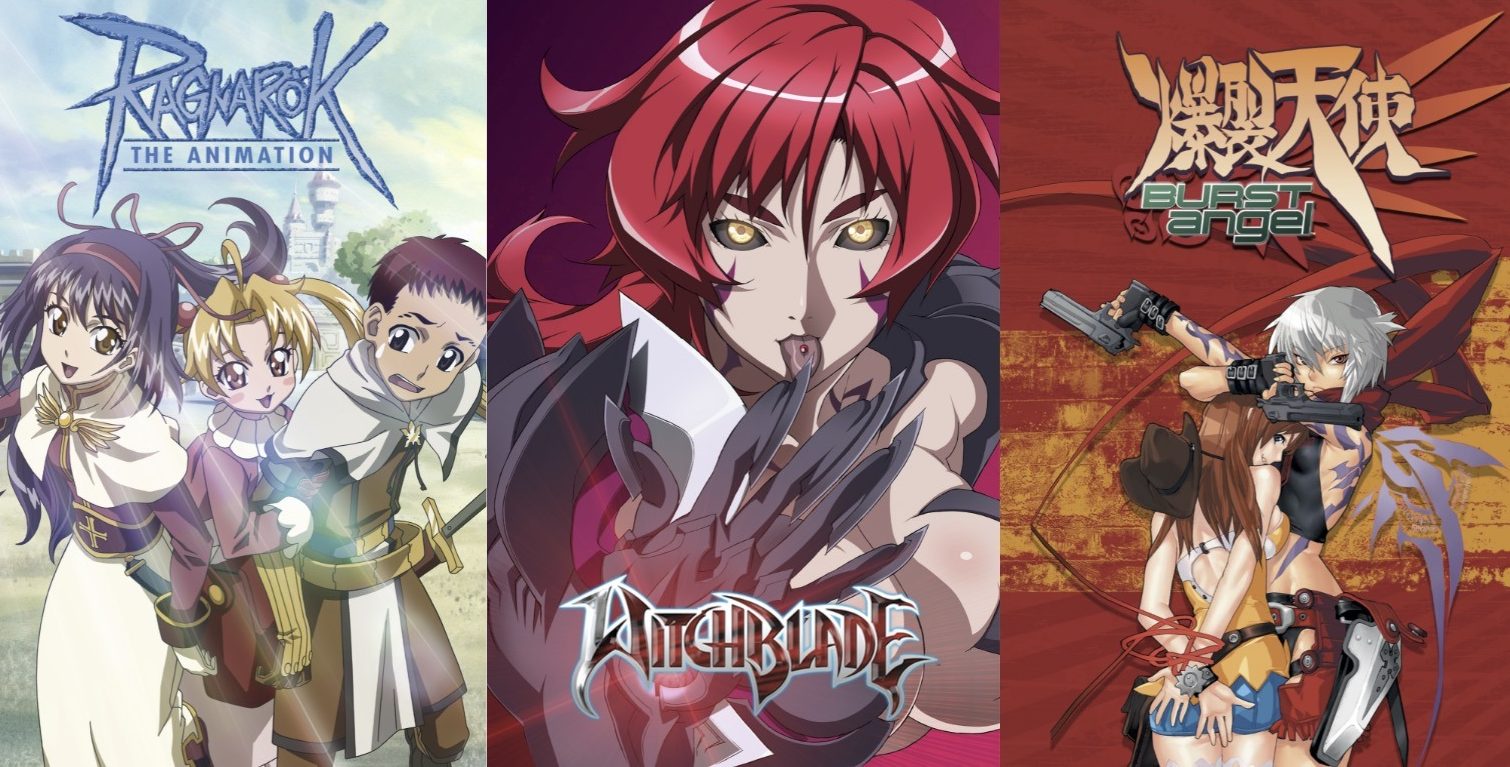 Fans of Gonzo anime are in for a treat, as Funimation has teamed up with the famed production house to offer a trio of mid 2000s anime for free. Starting now, RAGNAROK – THE ANIMATION, Burst Angel, and Witchblade are live on Funimation’s YouTube channel (United States, Canada) and Gonzo K.K. (Japan).

This includes the first time for the RAGNAROK anime to be available in HD remastered form. All three series will be live until November 30 with English subtitles, so dive in while you can.

Here’s more on each:

RAGNAROK – THE ANIMATION (26 episodes)
A great evil sweeps across the realm, and the young swordsman Roan, along with his life-long companion Yufa, must face it head on! As the two friends travel toward their destiny, they are joined by an ever-growing cast of heroes. The path they travel is rife with monsters, magic, and danger, but where there’s a will—there’s a way! Lessons lurk in the darkness, and the journey starts now!

Burst Angel (24 episodes)
The future’s looking bleak. It’s a good thing there’s a new sheriff in town. Her name is Jo, and she’s an enigma even to herself. Alongside her partners Sei, Amy, and Meg, Jo fights for the citizens who can’t defend themselves. Confronting corruption and twisted science, these gals are on fire—and they’re the best chance the wounded city’s got.

Witchblade (24 episodes)
Masane Amaha exists on society’s fringe, with no memory and no direction. Upon her arrival back in Tokyo, her fate is altered forever when she unites with the Witchblade—an ancient weapon of ecstasy, power, and pain that penetrates the body and soul. Conscripted into the service of the Doji Group and hunted down by the NSWF, Masane’s greatest battle will be for her very soul.

Which shows do you plan on checking out while they’re available?

Sleepy, Life-Size Chizuru from Rent-a-Girlfriend Now Up for Grabs
One Piece Manga Editor Feels Strongly That It’s “Drawing to a Close”