Now it’s been revealed the first of those six films will debut December 9, 2017.

A new poster revealed for the project reads “finally, the conclusion in six parts!”

It was also announced that much like the original Girls und Panzer der Film, this new series of movies will be getting 4D versions. After the second film debuts, the first and second films will be combined into a 4D double feature featuring 3D effects, moving seats and even smells.

Other Girls und Panzer events on the docket include a concert with music from der Film and the participation of Anchovy voice actress Maya Yoshioka at Tochi TV Anime Festa.

It looks like it’s going to be a nice couple of years for fans of Girls und Panzer. 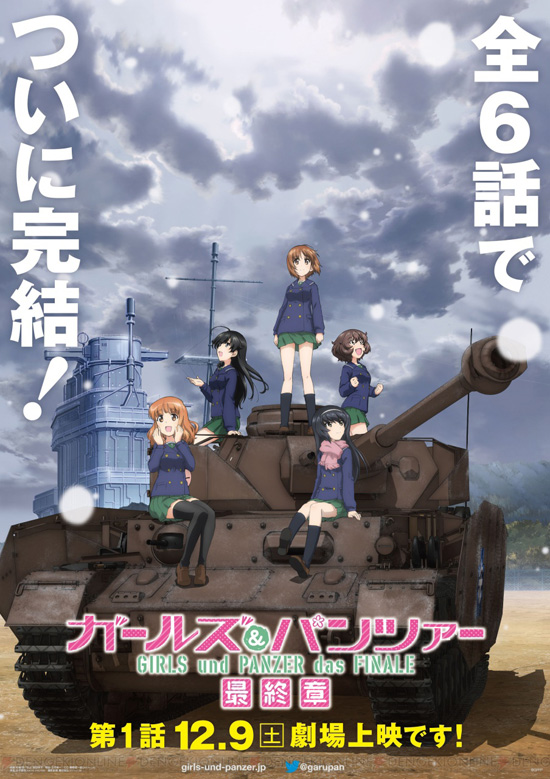