March Comes in Like a Lion Gets Second Season in October

March may come in like a lion, but so does October.

Well, October 2017 will, at least. That’s when the second season of popular series March Comes in Like a Lion is set to premiere, it was announced at the finale of season one.

The first season of March Comes in Like a Lion ran from October 2016 to March 2017 and spanned 22 episodes. It was animated at Shaft by Kenjiro Okada with help from that studio’s resident mastermind, Akiyuki Shinbo.

It’s the tale of a 17-year-old professional player of shogi, Japanese chess, and his relationships with those around him, including a pair of sisters with a large number of cats.

The original manga, by Honey and Clover writer Chica Umino, has also inspired a pair of live-action films, the first of which opened March 18.

Are you looking forward to more March in October? 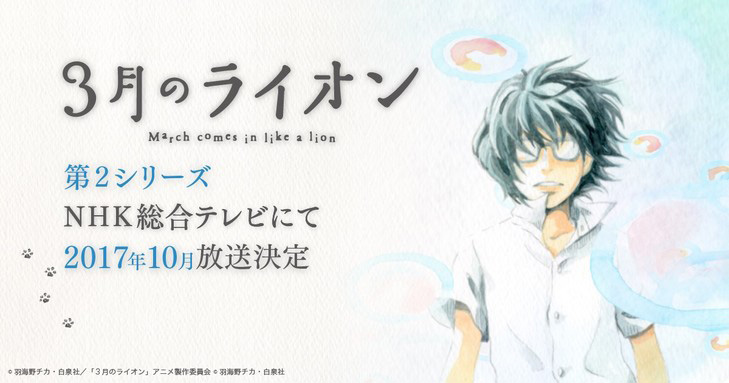