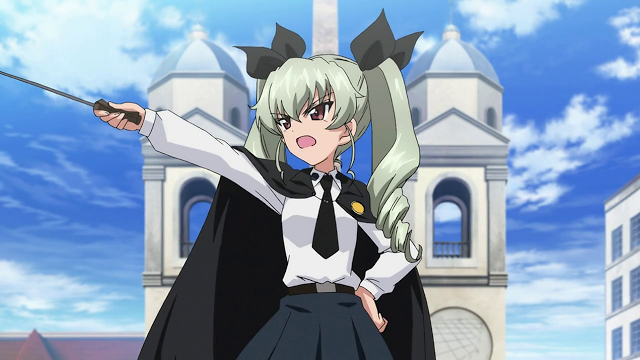 The Girls und Panzer TV anime may have skipped over the battle between Oorai Girls’ Academy and their Italian-themed rivals at Anzio High School, but that showdown shall remain a mystery no longer! You can finally see how it all goes down thanks to Sentai Filmworks’ release of the Girls und Panzer: This is the Real Anzio Battle! OVA,

It’s all or nothing as Miho and Team Oorai attempt to withstand impulsive attacks from the likes of Vice-Commander Pepperoni and Vice-Commander Carpaccio. Even when they seem to have a grip on the conflict, it appears Anzio’s Anchovy has some ultra-secret weapons up her sleeves.

Will Oorai Girls’ Academy emerge victorious, or will they succumb to the unique strategies of the determined Anzio High School? Even if you know the outcome already, you’ll definitely want to see it play out in the OVA.

The Anzio battle OVA once again features direction from Tsutomu Mizushima (Squid Girl, Hare+Guu), with Reiko Yoshida (Non Non Biyori, K-ON!) remaining on board for series composition at anime studio Actas. Strap yourself in, because this one’s going to come down to the wire in