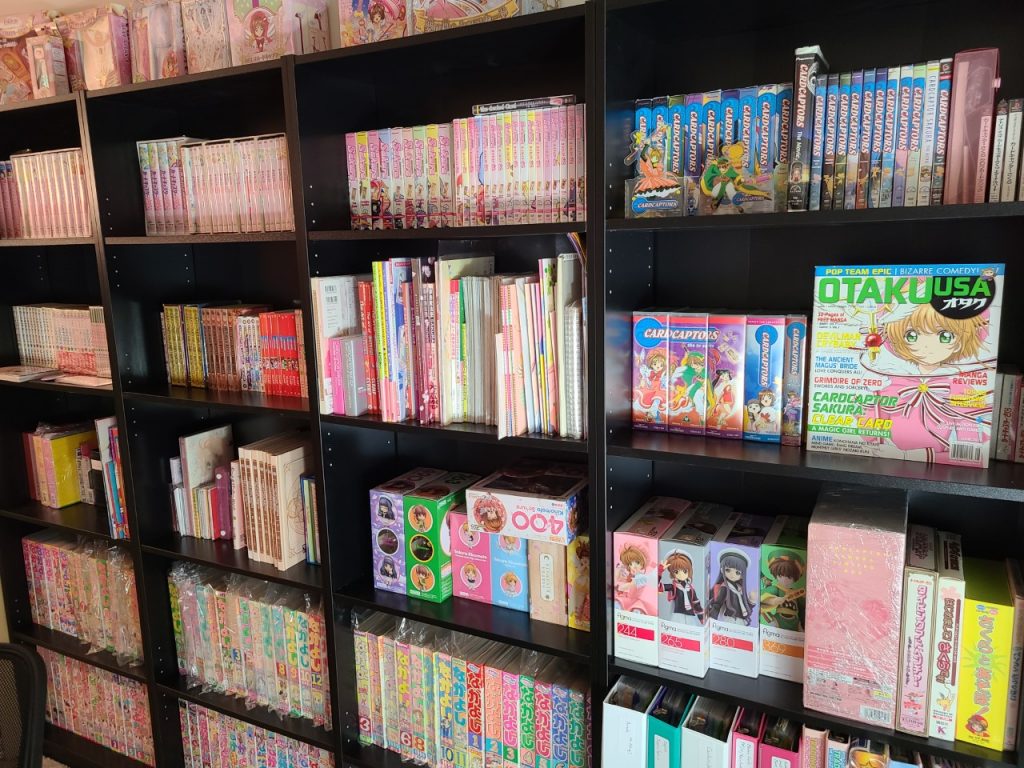 Matthew Emblidge recently got his name in the Guinness World Records for his amazing Cardcaptor Sakura collection, consisting of 4,873 items. It’s a collection that would make many a collector drool, but it didn’t happen overnight. Emblidge spoke to Otaku USA with his words of advice on how other otaku can increase their collections, from places to look to mistakes to avoid. Happy collecting, everyone!

What advice do you have for people interested in collecting an anime/manga franchise?

Find sellers and websites that you trust so you know the stuff coming from them is reliable, and by that, I mean that they’re selling legitimate merchandise and that they’re shipping reliably. There are few things more disappointing in collecting than opening a package that either got damaged or is just the wrong thing. I have also found it extremely helpful to be part of a social network of fans who keep up with all the merch news. I’m part of a Cardcaptor Sakura Discord group that’s always actively watching for announcements for merchandise, as well as all the other related matters to the franchise. If you go out and look for a Discord or Facebook group for your chosen series, I’m sure you can find it.

Are there any special events/websites/places in America that you’ve found are good for collecting anime/manga collectibles?

A local anime shop can always be a good place to start, but if your series of choice isn’t popular right now, you can expect the variety to be limited. If you’re looking to be a hardcore collector, I do not recommend going to conventions, unless you simply want to be a generalist and collect a little bit of everything. Conventions won’t have the really unique things a series’ merchandise line has to offer, unless they’re really big. The best stuff is going to come straight from Japan, and for that you’re going to rely heavily on importing. Plenty of sellers ship internationally directly through eBay, or you can use a proxy service to import when that fails. I have used Buyee and Zenmarket and both of those are reliable, but the service fees add up very quickly, so I recommend using them only for big ticket items. AmiAmi is good too, and Amazon.jp if you’re desperate. The point is, online shopping is your best bet.

If someone can afford to travel to Japan to stock up on their collection, as you have, where would you recommend they look?

Since I’m only familiar with Tokyo, my recommendations are all going to be for there. For the best variety, I recommend Nakano Broadway. It is a huge mall that’s less than a mile from the train station, and it’s several floors of shop after shop of everything you can imagine when it comes to collectibles. Anime, tokusatsu, Godzilla, manga, gaming, etc., it is all there. New stuff, vintage stuff, you can find it. You could easily spend a day there and not see everything. In addition, there’s always the obvious Akihabara, where I personally recommend the Akiba Cultures Zone. It’s another 5 or 6 level department store style place and it’s full of merchandise and well organized. 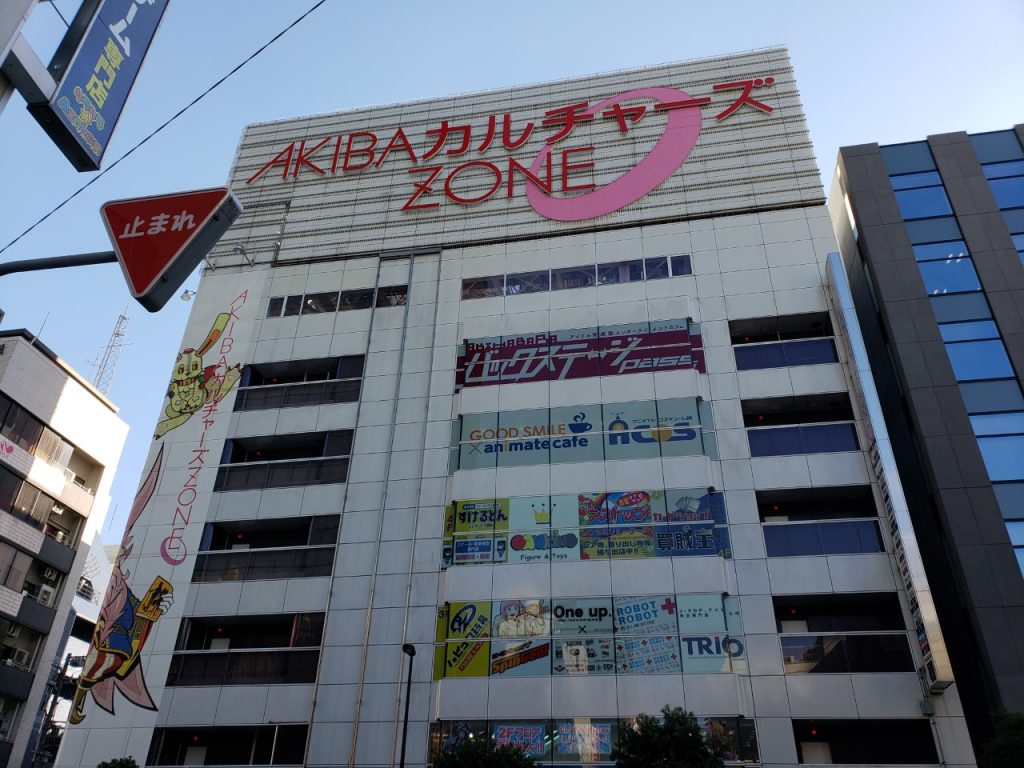 How have you come across more obscure items?

There’s no trick to it, you just have to get good at searching. I do daily searches on my regular online stores to see what comes up, and sometimes something really interesting gets listed. I also know enough Japanese that I can go to Yahoo! Auction and start searching there. One thing that’s very helpful with collecting is making sure you know the names of licenses, brands, etc., so that you can search using those as keywords as well. It can help with finding a specific item, or when you want to know how many pieces are in your “collect them all” gachapon collection. A little bit of research can go a long way. 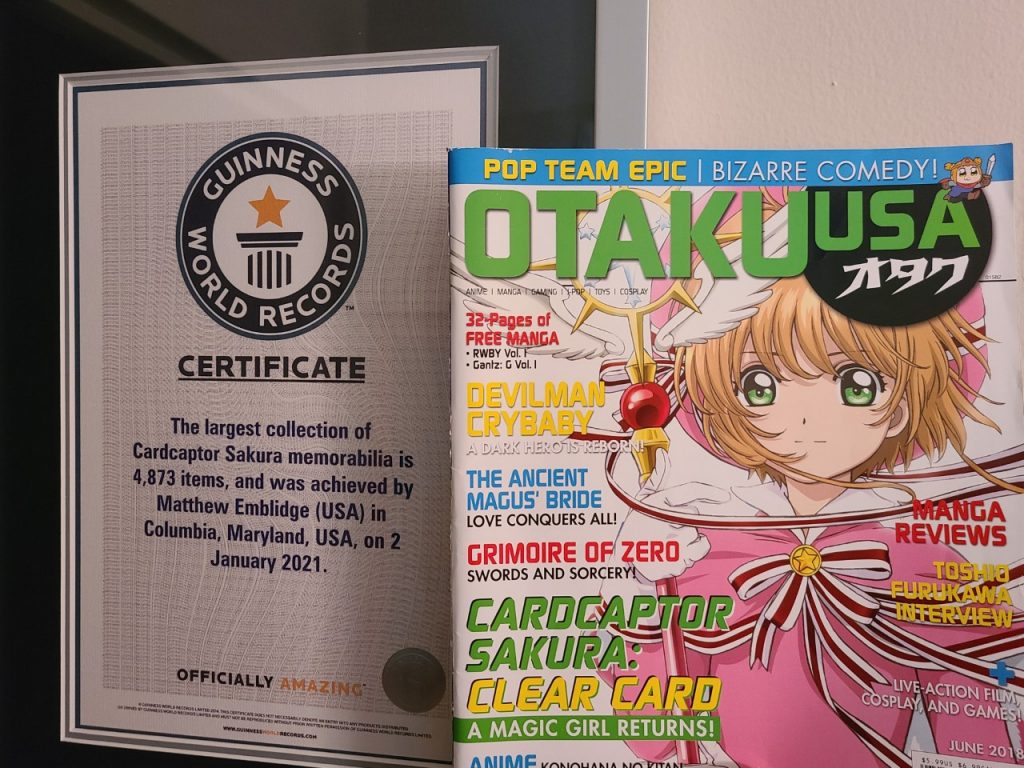 Can you think of any mistakes people might want to avoid while collecting?

The most common mistake is buying illegitimate merchandise or knock offs, both online and at conventions. Especially at conventions. Back when I went to conventions, it was common to see a lot of the same generic cheap, unlicensed stuff that looks nice and is passable, but as a collector I won’t buy it. Stuff like keychains, some plushies, charms, etc. I know it sounds stuck up, and if you find something at a convention you like, then totally buy it. But for an official collection like mine, I can’t accept anything that isn’t an official product. That is not only my personal rule, but that’s also part of the rules for World Record certification. I’m not talking about artist alleys of course, that stuff is also unofficial but it’s not the same thing at all, and I’m totally on board with artists making cool stuff inspired by anime and manga.

-Be careful with online listings that only use stock photos.

-Remember to factor shipping and proxy fees into your budget. They can easily double your spending.

-When in doubt, reach out on social networks, post pictures, ask for advice. 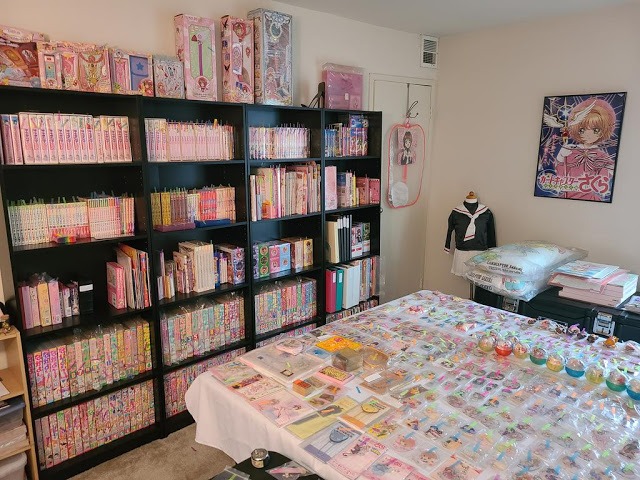 For you, what’s the best part of being a collector?

My favorite thing is just talking about the collection, especially the more interesting stories associated with individual pieces. It’s been a literal journey to get some of these things and I can go on for hours talking about the backstories of the things I now own. There are things that I had to metaphorically fight for, so telling people about those “war stories” is always fun. There has also been a new joy in seeing all the positive feedback on the World Record stuff I’ve posted. Cardcaptor Sakura is a series I always thought was a small and obscure series, but I’ve been finding fans around the world. It’s nice finally knowing we’re not alone.

Where can people see more of your collection and your videos?

I have a Twitter @CCM_Yamato, a tumblr “Thecardcaptormuseum.tumblr.com” and by popular request I’ll soon have an Instagram. It’ll also be something like Cardcaptor Museum. I have a YouTube Channel, CCYamato, where I post mostly chapter reviews right now, but I want to get back into doing item showcases.