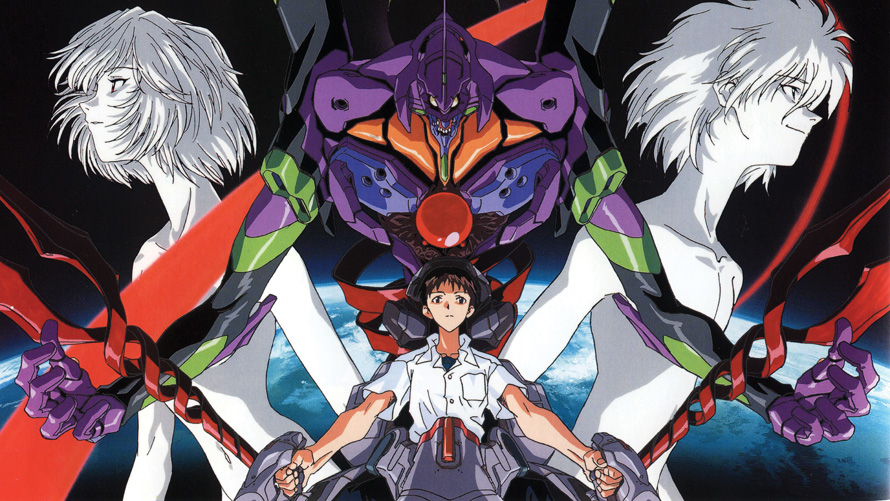 The original Neon Genesis Evangelion TV series is back, and the groundbreaking mecha anime is as relevant as ever.

On October 4, 1995, Neon Genesis Evangelion premiered on TV Tokyo and upended the anime world. The series was a revolutionary, once-in-a-generation work, an unusually literate and cerebral take on the mecha action genre. More importantly, it was wildly popular.

Despite this, the series disappeared from the US after the dissolution of original licensor ADV back in 2009 (though Funimation picked up the rights to the remake movies). Now Netflix, which been betting big on anime in recent years, has resurrected the original Eva TV series and its two followup movies (see sidebar). Even if you’ve never seen Evangelion, the modern anime industry is in many ways carved in its image, from its character designs to its radical reframing of otaku-centric genre fiction. And yet, the imitators have rarely come close to the majesty of the original. Rewatching Neon Genesis Evangelion in 2019, it feels as fresh as ever. 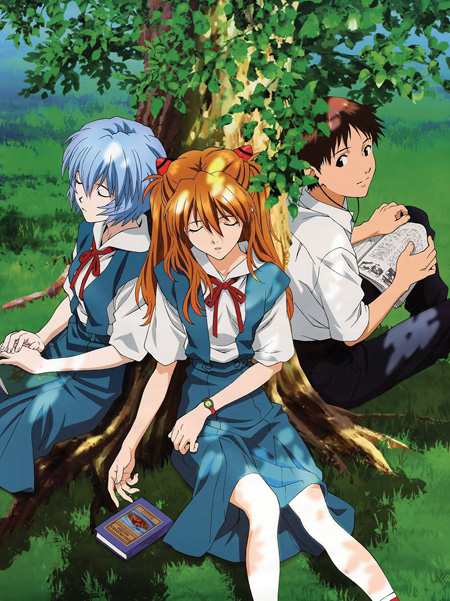 Get in the Robot

Created by Gainax, the scrappy studio founded by a group of anime and sci-fi otaku in the 80s, Evangelion is in many ways a synthesis of its creators’ favorite pop culture, including anime like Space Runaway Ideon, superhero TV serials like Ultraman, and sci-fi authors like Harlan Ellison. As with much of the Gainax catalogue, however, Evangelion is far greater than the sum of its parts.

It’s been 15 years since the mysterious “Second Impact,” an apocalyptic event that wiped out half of the human race. When 14-year-old Shinji Ikari shows up in Tokyo-3 after a call from his estranged father, he expects a tearful reunion or at least an apology. Instead, his father orders him to join the secret organization NERV, pilot the giant humanoid robot Evangelion, and battle Angels, mysterious monsters that appear bent on wiping out humanity. In any other mecha anime a teenage protagonist would jump at this opportunity, but Eva isn’t so simple. Shinji is a sensitive child scarred by a callous and unloving father and wants nothing to do with this world-saving business. Nevertheless, he ends up behind the controls, and what follows is 26 episodes of anxiety, despair, and deception as Shinji and a small cast of NERV personnel struggle against unknowable enemies and untrustworthy allies.

Part of the brilliance of Evangelion is that it operates on multiple levels simultaneously. It’s billed as a mecha show and plays the part beautifully. The series is packed with intricate, inventive mechanical designs and enemies that are each stranger than the last (highlights include a giant floating cube, a ring of light, and a sentient fungus). The Angel battle scenes are directed with the frenzied pace of a blockbuster action movie, full of nail-biting suspense and bone-crunching giant robot action.

Buried underneath (quite literally) is a tangle of secrets and betrayals. Misato, the NERV captain who serves as a surrogate mother to Shinji and the other teenage pilots, suspects that the higher-ups are hiding something from them, and spends most of the series digging around for clues. The truth arrives in a slow drip; clues are often cryptic and incomplete, or packed so full of proper nouns pulled from science fiction and scripture that they’re nearly indecipherable. It’s a story that rewards multiple viewings, since some foreshadowing and symbolism in the early episodes will only make sense after you’ve seen the later ones. 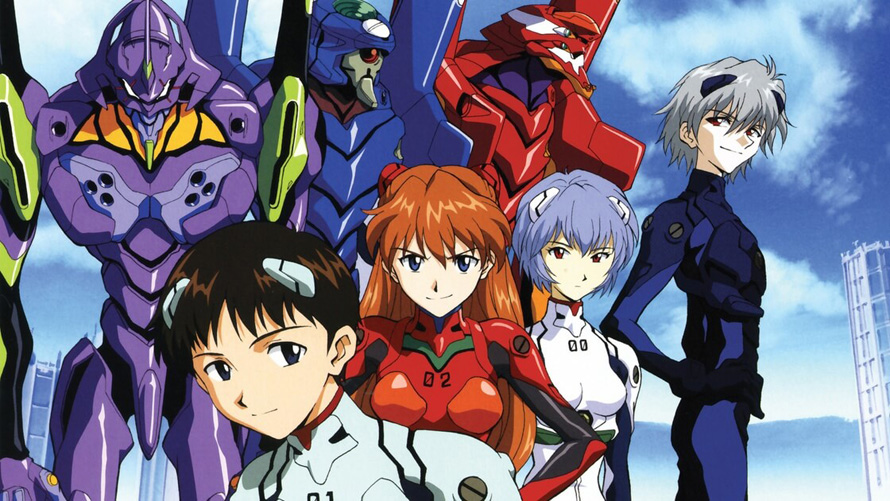 But the real heart of the series is the emotional turmoil of its characters. Of course, Shinji is grappling with his own familial issues, but in Evangelion, no one is safe. The stoic pilot Rei appears to be merely a mute tool of Shinji’s father, and yet there is a soul struggling for meaning beneath the façade. Asuka, a hotheaded pilot who bursts onto the scene partway through the series, is covering up a mountain of childhood trauma. Even the initially mature and composed Misato is plagued by her own demons. Though the anime merchandise industry has thoroughly commodified the female characters of Evangelion as otaku sex objects, in the original series they are complex human beings with their own stories to tell. Sex is a part of those stories, for sure, but in Anno’s hands it’s just one of many tools for examining the motivations of his characters.

Anno wasn’t the first anime director to attempt this kind of psychosexual introspection; he just did it better than almost anybody else. Characters rarely say what they’re feeling out loud, but the series’ precise, cinematic direction speaks loud and clear through careful staging and subtle character acting. 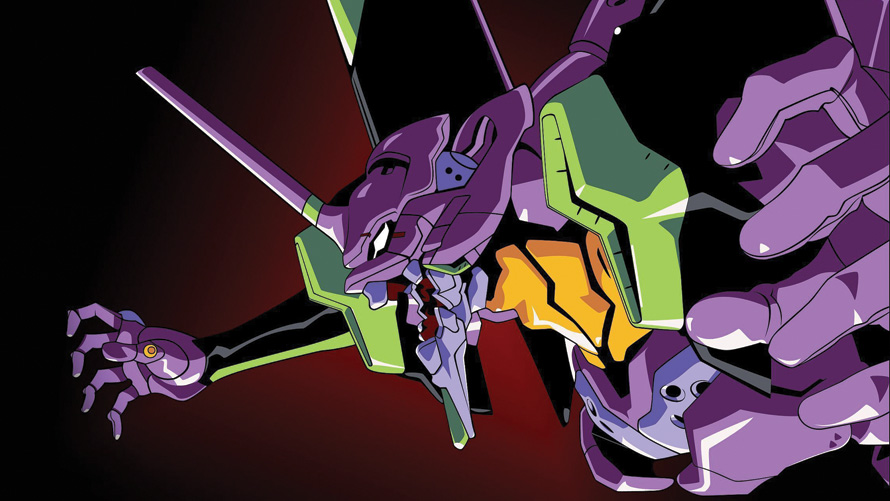 Living at the End of the World

When I started my rewatch of Evangelion, I worried that it wouldn’t age well, that this once-groundbreaking series would be passé or even problematic in 2019. But the truth is that Evangelion is more relevant than ever. As we face a looming climate catastrophe (a UN report gives us 20 years to prevent its worst effects), there’s something scarily plausible about Eva’s post-apocalypse. 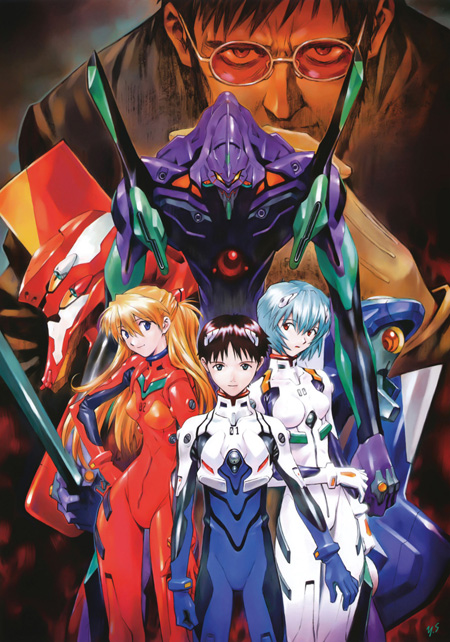 A world with no polar ice caps, trapped in a state of perpetual summer. Cities designed for frequent evacuations, with buildings that sink into the ground. Traumatized children forced to correct the mistakes of the previous generation. Evangelion paints a picture of humanity on its deathbed, watching the planet spring back to life as the last remnants of civilization struggle to find meaning in their own demise. It’s appropriate that the story draws heavily from Judeo-Christian mythology, with its floods and locusts and rivers of blood promising retribution for humanity’s sins.

Still, it’s too easy to read Evangelion as pure nihilism. Yes, Anno created Evangelion while battling depression, and Shinji’s self-hatred, timidity, and frequent refusal to “just pilot the robot” will feel all too familiar to anyone who’s experienced depression. But in the end, all of the robots and the monsters and the allusions to Christianity exist to guide Shinji out of his spiral of self-hatred. In one scene Shinji’s father is described as being “not adept at living,” and it’s a concept that rings out throughout the series. Ultimately, Evangelion is about learning to live, even when things seem utterly bleak. Even at the end of the world.

If all that sounds a little too grandiose for a show about a purple robot fighting aliens, then you obviously haven’t seen Evangelion. Its haters may crow about Anno’s cryptic endings or the psychobabble dialogue or the ambiguous relationships between its main characters, but love it or hate it, few other anime series have matched the remarkable ambition of Neon Genesis Evangelion.