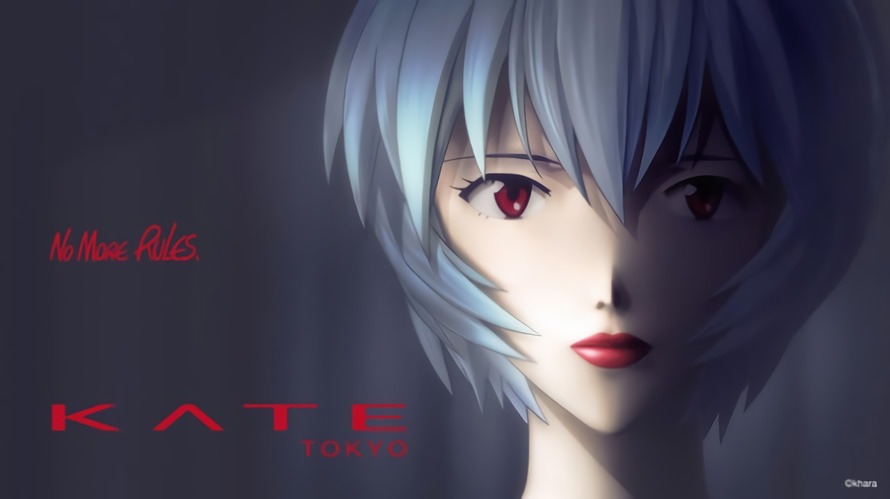 Anime and games are used to advertise a lot of unrelated products in Japan. Last week’s Dr. Stone Snicker’s ad comes to mind, but we’ve seen Vegeta advertise Cup Noodles, and Evangelion director Hideaki Anno has starred in beer and car commecials. Some of us are even old enough to remember when the cast of Final Fantasy IX advertised Coca-cola. So it shouldn’t be a big surprise that Japanese cosmetics brand Kate has chosen Evangelion‘s Rei Ayanami to model their latest shade of lipstick. 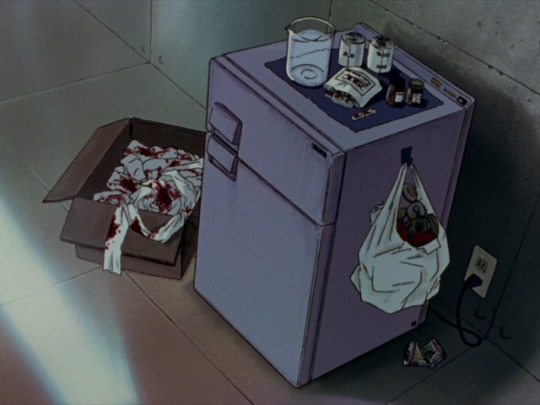 If Rei owned lipstick, this is definitely where she would keep it.

However, if you know the character, it feels a little strange, because Rei Ayanami is the furthest thing from fashion conscious. Not only is she never seen wearing makeup, she is never seen wearing anything besides a school uniform or the plug suit she wears to pilot the show’s mechs. Her apartment is a dark, dingy cement box on the bad side of town, it’s littered with dirty clothes and used bandages, and she shows zero embarrassment for its condition the only time in the series she ever has a guest drop by.

Just about the only trait Rei Ayanami does have which makes her a fitting candidate to be a fashion model is that she’s a clone with no soul. You can follow that bad joke with a rimshot, and a vigorous debate over which Rei clones in which Eva versions have souls, depending on which glass of water in which version of Evangelion you’re looking at.

The lead image says “no more rules” because Rei’s slavish devotion to father figure Gendo Ikari definitely makes her the most rebellious teen in Evangelion.

“Is this red the proof of the will that an individual person holds?
A look no one has seen before is a look that expresses your thoughts.
The color for you is the one you choose yourself.
A color not for anyone else’s sake, but for your own.
The exact red you envision.”

The lipstick advertised is called “Red Nude Rouge”, which further reinforces the image of Rei walking out of the shower surrounded by piles of used bandages having zero concept that this is an unflattering way to be seen by a classmate. If you’re wondering why Asuka, the outgoing redheaded pilot of a red mecha, who wears a red plugsuit, was not chosen to advertise this red makeup…well you’re not alone. 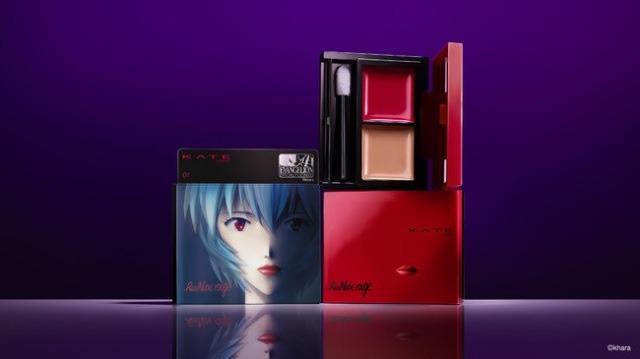 Maybe “Red Nude Rouge” is a reference to the fact that Ritsuko Akagi (the only character who does regularly wear lipstick in Evangelion) commits a *SPOLER ALERT* genocide of naked Rei clones later in the series. Ritsuko’s mom also strangled a Rei. Collectively, both Akagi women have worn more lipstick and have more Rei blood on their hands than anyone else in the series. If the Akagis found out Rei had been chosen over them to star in a lipstick ad, they would probably kill a few more Reis.

Whatever the case, we can be sure of one thing: whoever greenlit this collab was oblivious to Eva fans’ penchant to overanalyze things.

Scare Up Amazing Anime Discounts During Sentai’s Monster Sale!
Spend Halloween as an Anime Girl: Cosplay as These Cool Characters!