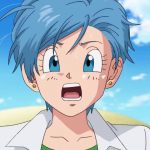 Sad news came from Asahi News this week with the announcement that voice actress Hiromi Tsuru has passed away. The 57-year-old actress was known for many roles, including Bulma from the Dragon Ball series, Dokin-chan from Anpanman, Ukyo Kuonji in Ranma 1/2, Meryl Strife in Trigun, and Naomi Hunter in Metal Gear Solid, among others.

Tsuru was found unconscious in a car on Tokyo’s Shuto Expressway. Reports followed with further information on the diagnosis, which turned out to be the rather uncommon condition known as aortic dissection.