The latest addition to the Toonami anime block is none other than newcomer Black Clover, which is set to join the lineup on December 2 at 11:30pm. That day also marks the start of Toonami’s extended lineup, which has it beginning a half hour earlier at 10:30pm and running until 4:00am. 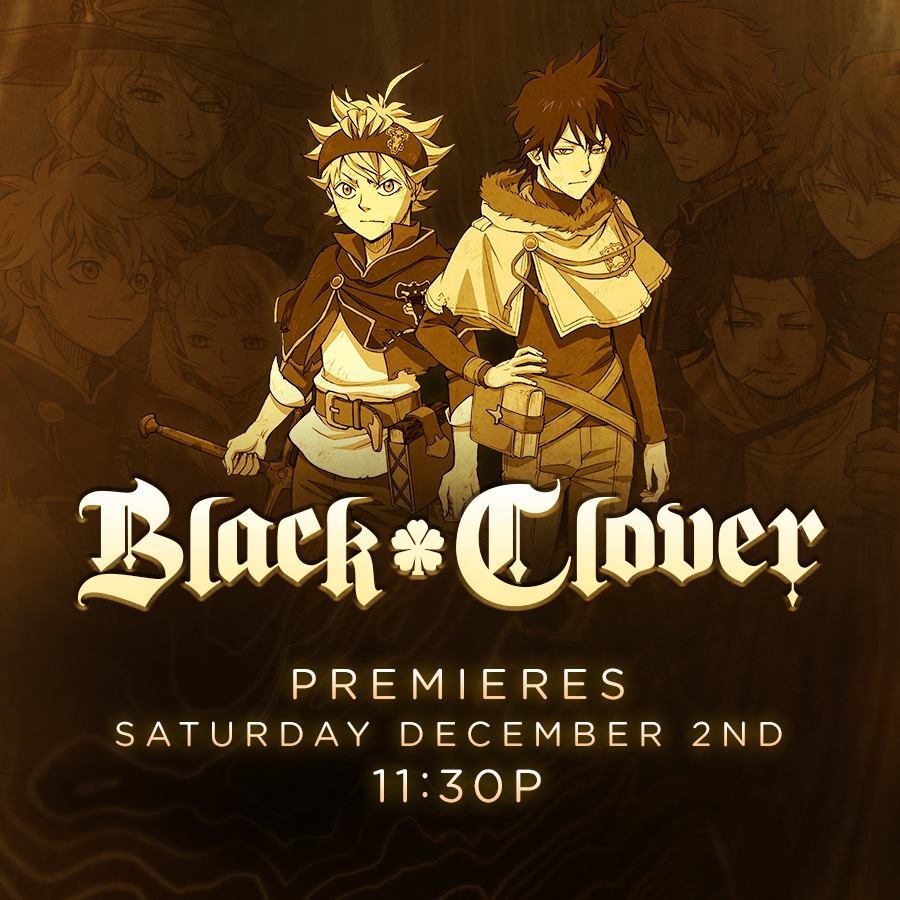