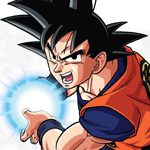 Over the weekend Cartoon Network’s Toonami block took us back in time in a few ways. Not only did the Dragon Ball Z: Cooler’s Revenge film air, but a couple of familiar faces were announced for the block during Toonami’s Momocon panel. Dragon Ball Z Kai and Cowboy Bebop will both be making their way to Toonami, with the former set to kick off this fall.

The timing of Cowboy Bebop‘s return will be announced at a later date. While Bebop is certainly a Toonami favorite, Dragon Ball Z Kai marks the first time for the condensed version of the series to hit the block.

Photo: DBZ KAI COMING TO TOONAMI THIS FALL!! We’re picking up this little show from Japan, we hope you like… https://t.co/IJtx5e0iOL