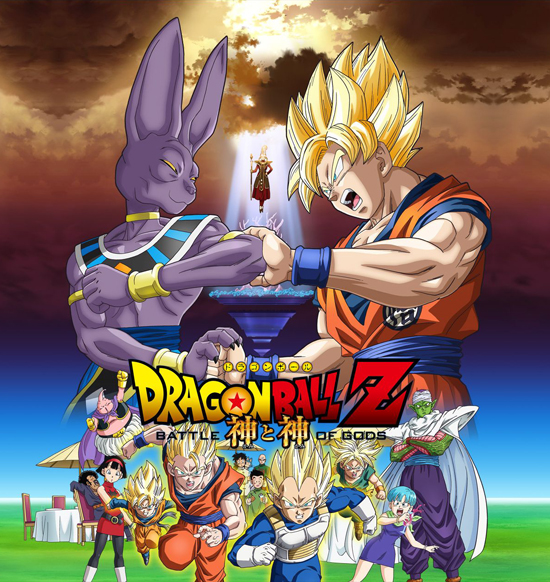 Dragon Ball Z films are strange beasts. Taking place between the series’ all-important sagas, the films have traditionally been side stories rife with inconsistencies and canonical errors. As such, fans have relegated even the best of the DBZ films to the category “fun but inconsequential.”

Enter Dragon Ball Z: Battle of Gods . The first theatrical DBZ film in seventeen years, it’s also the first DBZ film created with the close involvement of original creator Akira Toriyama, who worked on the script and designs. On top of that, Toei Animation specifically stated in a press release Battle of Gods is “neither a spin-off or a side story,” clearly positioning this film as a more meaningful piece of the DBZ universe than its predecessors.

The film takes place in the ten-year gap between the defeat of Dragon Ball Z’s final villain, Kid Buu, and the 28th World Martial Arts Tournament. The action is set off by the awakening of the film’s villain, Birus, a God of Destruction tasked with destroying planets to maintain order in the universe. 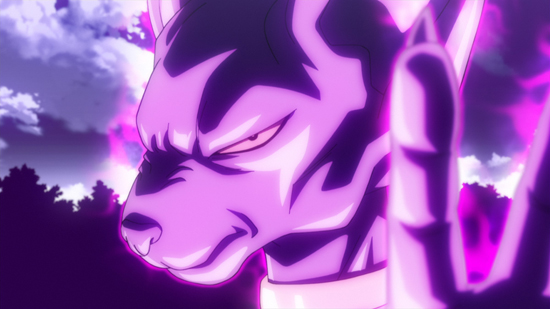 Birus awakes from a long slumber with the intention of destroying baddie Frieza, only to learn, as fans of the series are well aware, he’s already been killed by our hero, Goku. Birus, who, during his sleep, had a dream about a creature called a Super Saiyin God, figures this Goku might know something about it.

Turns out while Goku knows plenty about being a Super Saiyan (and a Super Saiyan 2 and 3, for that matter), the whole God thing doesn’t ring a bell. Birus decides to move on and see if any other of the living saiyans know anything more, but not before a friendly match with Goku in which he promptly and unflinchingly takes out Goku in Super Saiyin 3 form. Dude’s tough.

Things move to Capsule Corp. headquarters, where Bulma is holding herself a birthday party, a convenient enough excuse for the entire Dragon Ball cast to be in the same place at the same time. Birus and his attendant Whis crash the party with the intent to question Vegeta and Gohan about the whole Super Saiyin God thing, but are distracted by earthly pleasures like sushi and hamburgers. 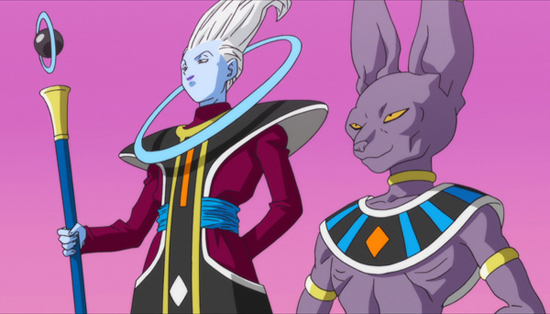 Things get serious(ish) when events (including Buu refusing to share his pudding) conspire to make Birus, who’s already frustrated with his inability to find the Super Saiyin God, angry enough to destroy the earth. The team, the quick thinkers they are, realize since they have all the Dragon Balls in one place, they might as well summon the dragon Shenron and ask him how to become the Super Saiyan God. Thus commences the titular Battle of Gods .

So: how is it? I’m afraid to report for a film billed as a more serious part of the Dragon Ball Z canon, this film is pretty astoundingly inconsequential.

Of course, this is a problem with any “midquel”: because it’s sandwiched between two already established parts of the canon, it’s hard to cultivate a sense of danger. Still, some anime midquels do a decent job of faking it: think the Cowboy Bebop movie, set between two episodes of the original show. Plus, this is Dragon Ball: characters can literally die without disrupting the canon. 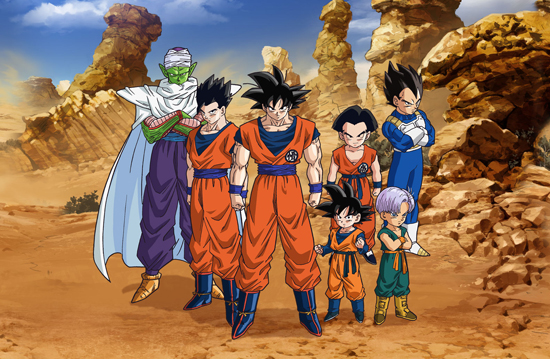 Instead, Battle of Gods takes on a goofy, comic tone more reminiscent of the original Dragon Ball than Z. Perhaps as a consequence of being the first film in so many years, the film tries really hard to be a crowd-pleaser. As mentioned, the entire cast is conveniently assembled in one place, and they all get at least one short scene to say “hi” to the fans, regardless of any real bearing on the plot. Even the comic side of the all-powerful Birus is played up to the limit, as he snarfs down hot dogs and break dances at Bulma’s party (yeah, seriously). When it comes time for him to threaten to destroy the earth, it lacks any real punch.

But hey, there’s nothing inherently wrong with an unserious, fun Dragon Ball Z movie. It’s just that Battle of Gods would be a lot easier to take at face value if it not for the way Toei had positioned it in the media as more than your average DBZ film.

In the end, your enjoyment of the film will probably come down to what you’re hoping for. If you want an epic Dragon Ball Z story worthy of the title Battle of Gods , this film may disappoint. But if you’re just happy to see your favorite characters performing a few animated hijinx again after all these years, this film certainly delivers.