An official premiere date for Dragon Ball Super is being revealed in the pages of Weekly Shonen Jump, which has the first DB TV anime in 18 years hitting Japanese airwaves on July 5. Fuji TV and other channels will run the series on Sundays at 9:00am, and, as previously reported, series creator Akira Toriyama is credited with “original story and character concepts.”

Considering the fact that we’re almost exactly a month away from the series’ debut, it’s surprising how little we’ve seen of it so far. Get a peek at the Jump page that’s announcing the start date below. 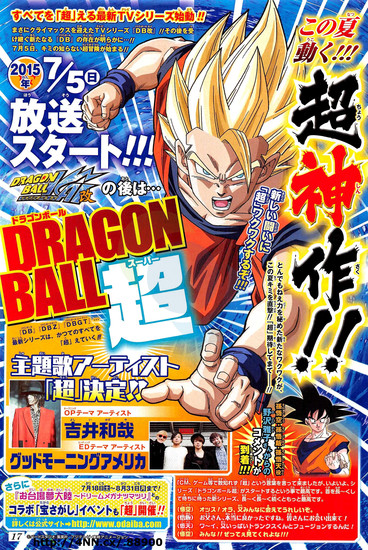