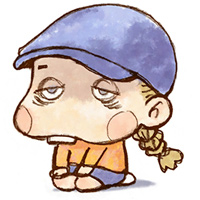 A secret workhorse of the Japanese animation industry, Kazuhiro Soeta has been involved in the creation of dozens of TV shows, movies and direct-to-video productions. Some of the more recognizable shows he’s worked on include Black Lagoon (storyboarding, animation direction), the Record of Lodoss War OVAs (animation direction, key animation), and Gundam Unicorn (key animation). Soeta also worked on the openings for a number of touchstones of English-speaking anime fandom in the early 2000s: Cowboy Bebop, Outlaw Star, and Inuyasha.

We spoke with Soeta at this year’s Fanime, where we dug deep into his animating past.

OUSA: What made you decide you wanted to become a part of the anime industry?

Soeta: Growing up, two series that made me interested in animation were Lupin III (the original series with episodes directed by Hayao Miyazaki) and Dokonjo Gaeru, both from the early 1970s. When I entered high school I joined a club that specialized in making animation, and that served as my first step towards actually entering the industry.

My very first credited anime work of any kind was coloring cels for Dr. Slump, and the first credited role I had as an actual animator was on Urusei Yatsura as an in-betweener. I wasn’t credited on it, but my first key animation work was on a show called High School! Kimengumi, and shortly thereafter came my first credited key animator job on Fist of the North Star II.

…I think? Now I’m wondering if I actually was credited on that one. Back then, just creating the credits for a show was incredibly costly. Nowadays a show will list all the hundreds of people involved, but back then you’d only have two people listed per role, and you’d have in-betweeners listed as key animators due to roles shifting mid-production. (laughs)

OUSA: Did you have any senior animators who really helped you out when you were just starting?

Soeta: When I was in that high school animation club I mentioned, I had a senpai who showed me a lot of the ropes, and continued to teach me things even after I joined the industry. He’s not a name people would recognize (let’s just call him Mr. Yamada), but he really helped me out.

Working in the industry, your working relationship with other animators is usually very short, probably only for the duration you spend working on a given show. You don’t really get to be apprenticed under a master animator or anything. Your best teacher is yourself. 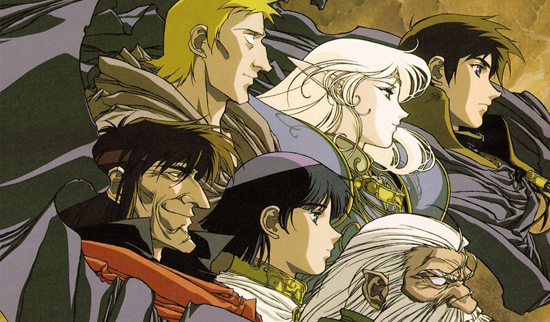 If I had to name someone who I think of as a mentor, though, it would probably be Nobuteru Yuki, who people may know as one of the key creative people behind the Record of Lodoss War OVAs, Escaflowne, and so on. I remember when I was working on Lodoss War, it was very rare for animators to work on more than one episode of a series like that at a time (it was a 13-episode series), but I worked on several of them, and that was mostly because Nobuteru Yuki wanted me to. To me, that was a great show of faith on his part, and something I still remember as an important moment in my career.

OUSA: Do you have any memories from working on the Cowboy Bebop or Inuyasha openings (or any other shows from that period in the late 90s/early 2000s that American fandom ended up latching onto)? Were they just another job?

Soeta: In the case of the Cowboy Bebop opening, there’s a particular cut where you see Faye walking in side profile, and I personally feel like I didn’t animate that part as well as I could have. Then years later the opening to Inuyasha has a really similar thing where Inuyasha’s walking in the sand that I once again feel like I couldn’t quite get right.

That’s pretty negative, huh… Something positive I remember is that the producer from Sunrise’s second unit (which was responsible for Bebop as a whole) called me up and asked me personally to work on the opening for the show. He later went on to found Studio Bones, so I took that as a really big sign of respect for my abilities.

OUSA: Is there anything you’re really glad you had the chance to work on during the course of your career?

Soeta: Out of everything I’ve worked on, Ryu Knight is the show I have the most positive feelings about working on. That was the first show I got to work on after learning all those things from Nobuteru Yuki on Lodoss War, so it really gave me a chance to apply everything I’d learned up to that point in my career. It holds a very special place in my heart for that reason. 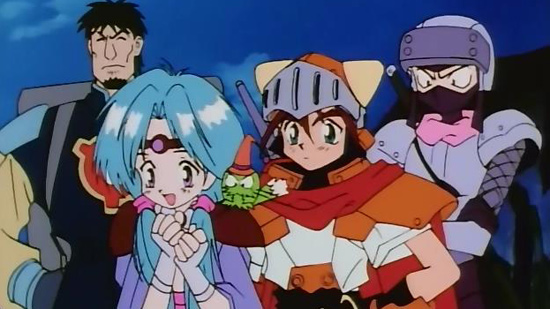 I wasn’t an animator on them, but I was a unit director on the 13th, 14th and 15th Detective Conan movies, which allowed me the opportunity to draw out a very high level of animation quality from the animators working under me.

OUSA: Is there anything you’ve worked on that you wish more people knew about?

Soeta: There was a show called Crush Gear Nitro that I did the original character designs for under a pen name. It was based on a series of toys, like toy cars. Really popular in Asia. Anyway, I did these character designs, but then they brought in another guy to touch them up, and they ended up looking more like his designs than mine. (laughs)

I definitely want to work more on shows that are geared towards little kids like that. I’m hoping that one day they’ll watch a show I’ve worked on, grow up, and then come to me as fans at a convention and tell me how much they loved that show.

For more web interviews with anime creators, check out our interviews tag page.