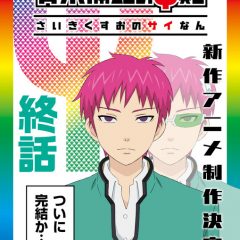 The Disastrous Life of Saiki K., the manga-turned-anime about a high school psychic, will get one more anime, it was announced today. Said anime will be the conclusion of the Saiki K. story.

It is yet not clear whether this conclusion anime will be a third season, one-off or film.

The Disastrous Life of Saiki K. began life in 2012 as a manga in the pages of Shonen Jump before being turned into an anime in 2016. The second season of the anime aired this year between January and June. Here’s how Crunchyroll describes the first season:

Saiki Kusuo is a typical 16-year-old high school student… except he has psychic powers. He can use them to get whatever he wants, but he also knows everything that people are thinking. Everything. No surprises, no secrets, no normal human experiences. He’s kept his powers in check since childhood, but with the temptations of high school now on his mind, he’s bending the rules—and spoons.

Will you be sad to say goodbye to Mr. K.? 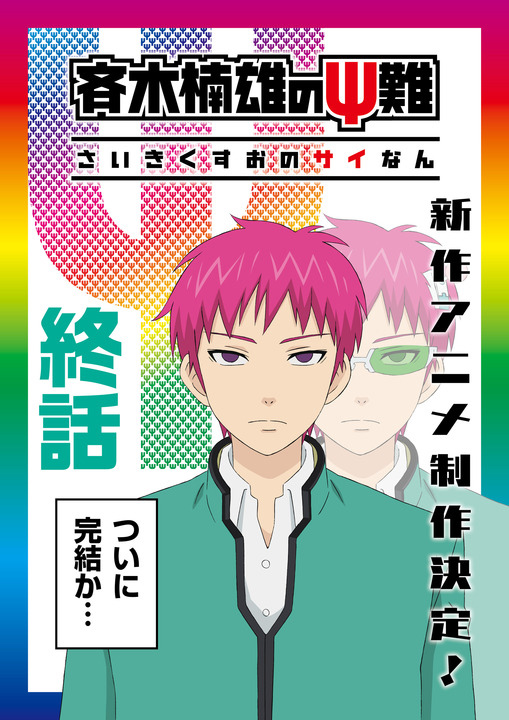