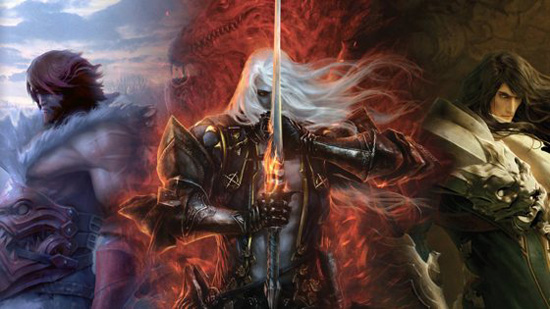 Castlevania: Lords of Shadow was a pleasant surprise when it made its debut on PlayStation 3 and Xbox 360 in 2010. Konami tried and failed multiple times in the past to bring a truly great Castlevania experience to the third dimension, and just how hard they failed each time depends on who you ask. With Lords of Shadow, developer Mercury Steam crafted a gorgeous, action-packed adventure that brought the series into 3D gracefully, with high production values that still manage to impress. Now they’re looking to bridge the console follow-up with a portable side-scrolling sequel on Nintendo 3DS.

A demo for the exhaustively titled Castlevania: Lords of Shadow – Mirror of Fate hit the Nintendo eShop today, and I promptly took it for a spin. Right off the bat (sorry, unintentional, I swear) it’s a mighty handsome game, trying its darndest to match up to its big brother with detailed backdrops and a few particularly huge enemies. The demo doesn’t cover a ton of ground, and presents pretty much everything sans context. You take control of Trevor Belmont—Simon Belmont and Alucard will be playable in the final game, too—whip away on a few enemies, and do some introductory exploration of the castle before a sub-boss showdown. 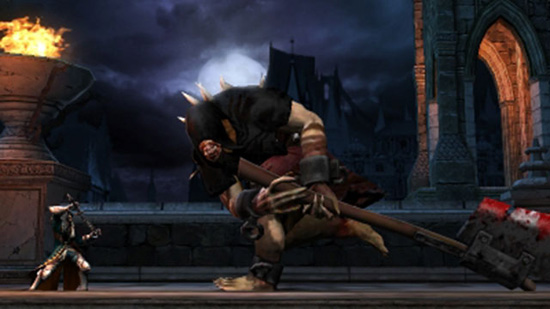 The combo-loaded combat seems to be working its way smoothly into Mirror of Fate, though, at least in this small sampling, it’s not quite as satisfying as the more briskly paced attacks of its 2D forebears like Symphony of the Night and the Koji Igarashi-helmed portable entries. The jump and double jump are also pretty floaty, which makes the controls seem less responsive than they are. It’s mostly in line with how jumping feels in the original Lords of Shadow, but again, the transition back to 2D changes things.

One of the first pseudo-puzzles in the game involves opening a locked gate by pulling a lever… that’s a few halls and rooms away for some reason. Doing so triggers an hourglass timer that ticks away as Trevor hurries back to the gate. Hopefully this isn’t representative of much of the full game. Normally I wouldn’t be bothered by something so insignificant, but the location of the lever just seemed so arbitrary and pointless. 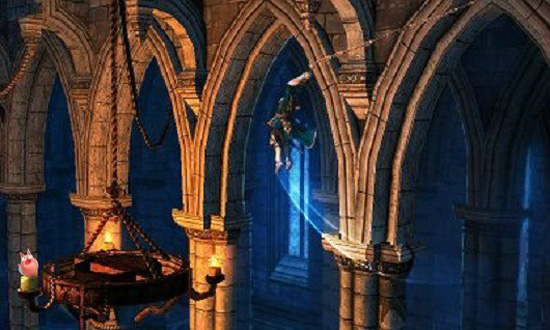 To top off the nitpicking, the action is backed by bombastic, God of War style music. The score to Lords of Shadow was decent, but Mirror of Fate seems like the perfect opportunity to weave in some of those classic melodies and generate some new catchy motifs. You know how it’s much worse when someone says, “I’m not mad at you, I’m just disappointed”? That’s how I’ll feel if the whole game sounds like this.

This comes off as pretty negative overall, but I did have fun with Mirror of Fate. It’s tough to make a call on something like the combat, which will probably evolve as the game progresses and more moves are unlocked, and it’s nice to see the return of whip-swinging from the get-go. After playing so many in a row, it’s actually been a while since we had a new side-scrolling Castlevania on a portable system, so I’m looking forward to trying out Simon and Alucard and obsessively completing the map when it arrives on March 5. It’s pretty short, but definitely give the demo a go if you’re on the fence. 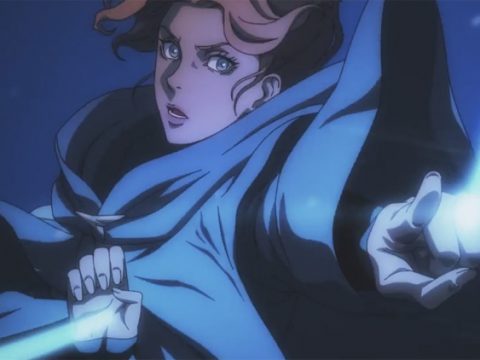 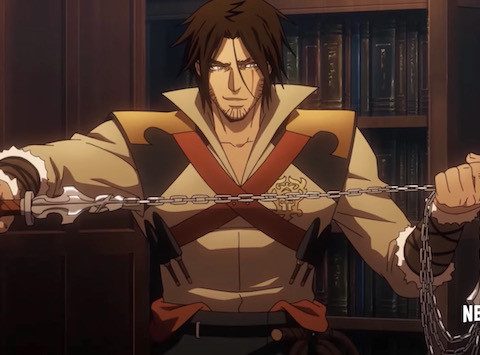 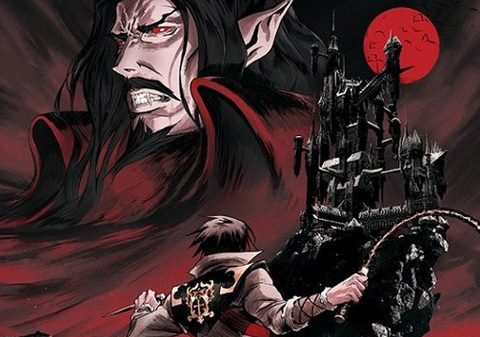 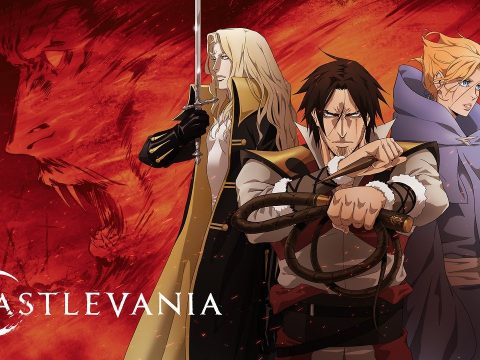