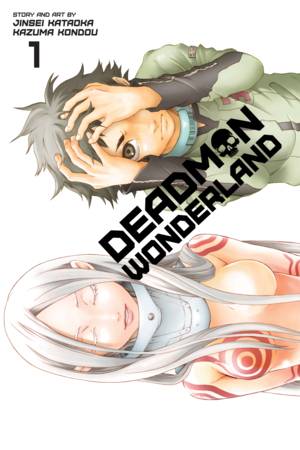 Ganta is the lone survivor of a mass murder. He is sitting in his classroom when he sees a floating man in red come up and kill all his other classmates. The red man shoots a piece of red glass into Ganta’s chest, and when Ganta later wakes up in the hospital, he not only learns that there are no marks on him from his attack, but he’s also been charged with the murder of his classmates.

In the world that this manga takes place in, an earthquake has put most of Tokyo underwater and a privatized prison called “Deadman Wonderland” works both as a place to house inmates and as a tourist attraction. The money from tourists goes to rebuilding Tokyo.

Ganta soon finds himself sentenced to death and put in Deadman Wonderland. He can’t get people to believe he’s innocent, and some of the other inmates whisper among themselves about what they believe he’s done. One day, in a fit of emotion, he cries out that he wants to die, and a girl with white hair and red eyes comes crashing through his window to gleefully offer her services.

Deadman Wonderland, which was originally published in English by TOKYOPOP, is being made available again through VIZ Media. The first volume is an adventure story that includes horror, sci-fi and fantasy, and it has a nice mystery going on with the unusual prison, the red man, and the meaning of the red glass that went into Ganta’s chest. It also has the claustrophobic fear of not being believed and of being punished for a crime one didn’t commit.

This book introduces the characters, shows the weirdness and unpleasantness of the Deadman Wonderland prison, and ends with a cliffhanger, promising to take off more in the next volume. It’s just a slight bit longer than your average manga, and it’s good to have it back in print again. 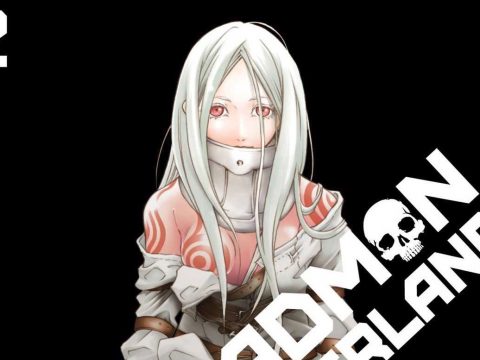